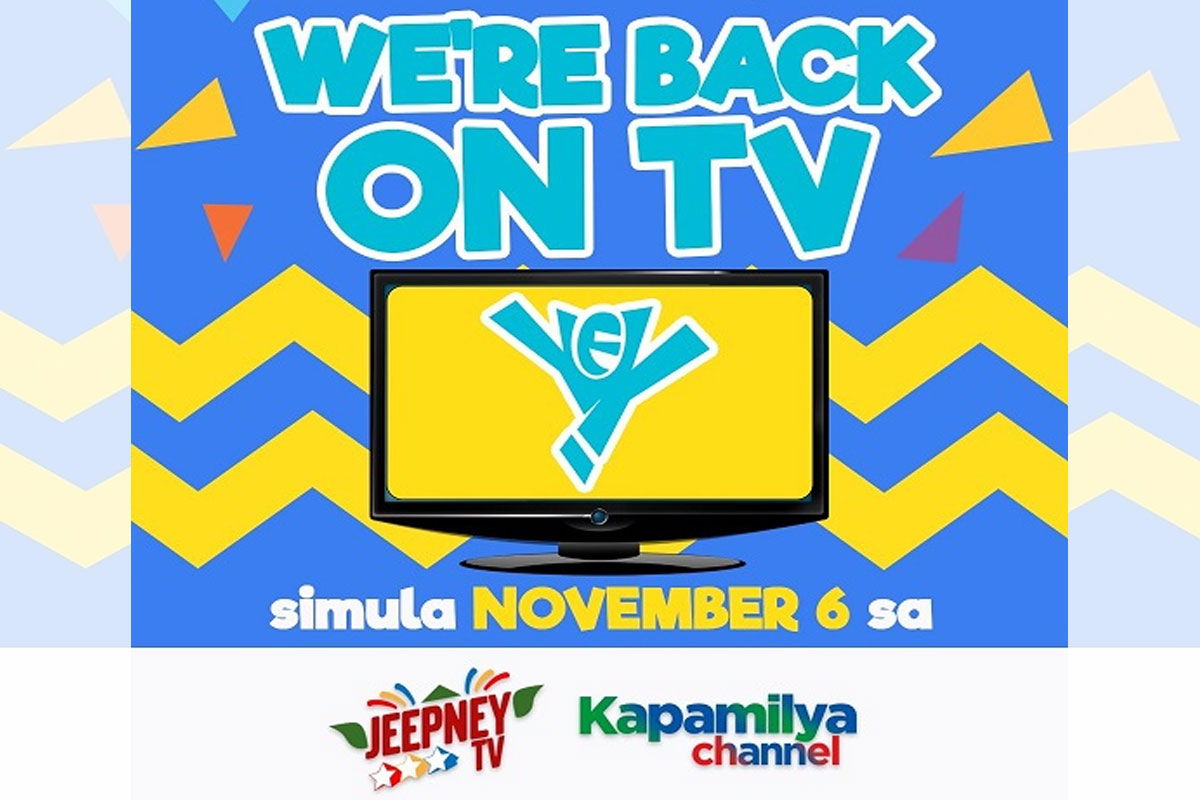 Children of all ages can enjoy YeY shows all week on Jeepney TV’s “YeY Weekend” and “YeY Weekdays” blocks.

Every Saturday, they can join Kongsuni and her magical owl Seyo in their daily adventures filled with meaningful lessons in Kongsuni and Friends at 8 a.m., followed by fun and educational activities of all sorts with Team YeY at 9 a.m., and hilarious skits from the country’s iconic kiddie gag show Goin’ Bulilit at 9:30 a.m.

Sunday mornings will also be brighter with the most entertaining child-friendly blockbusters on KidSine Presents from 8 to 10 a.m.

The fun never stops on Jeepney TV as kids can continue to enjoy watching their favorite animated shows from Monday to Friday on its “YeY Weekdays,” featuring back-to-back episodes of science-fantasy cartoon series Johnny Test at 8 a.m., followed by the action-packed adventures of Max Steel at 9 a.m.

On free TV, kids can also watch YeY-loved shows Peppa Pig and Rob the Robot, every Saturday, from 8 to 9 a.m., plus Team YeY and Goin’ Bulilit every Saturday and Sunday, from 9 to 10 a.m. via A2Z’s Kidz Weekend, beginning November 6.

YeY, first launched in 2011, has been bringing joy to Filipino children online during this pandemic after it went off-air on digital TV in 2020.

It currently streams “Team Yey Live” on the Kumu app with fresh live episodes of the well-loved children’s show every Saturday, 11 a.m.

It currently has over 1 million subscribers on its official YouTube channel and over 970,000 followers on Facebook, where it regularly uploads its array of Kapamilya kiddie content for children of all ages.

It is currently the number 1 Philippine kids page on Facebook based on video content according to the website Tubular. With its return to TV, YeY hopes to bring more fun, laughter and lessons to children in the country.