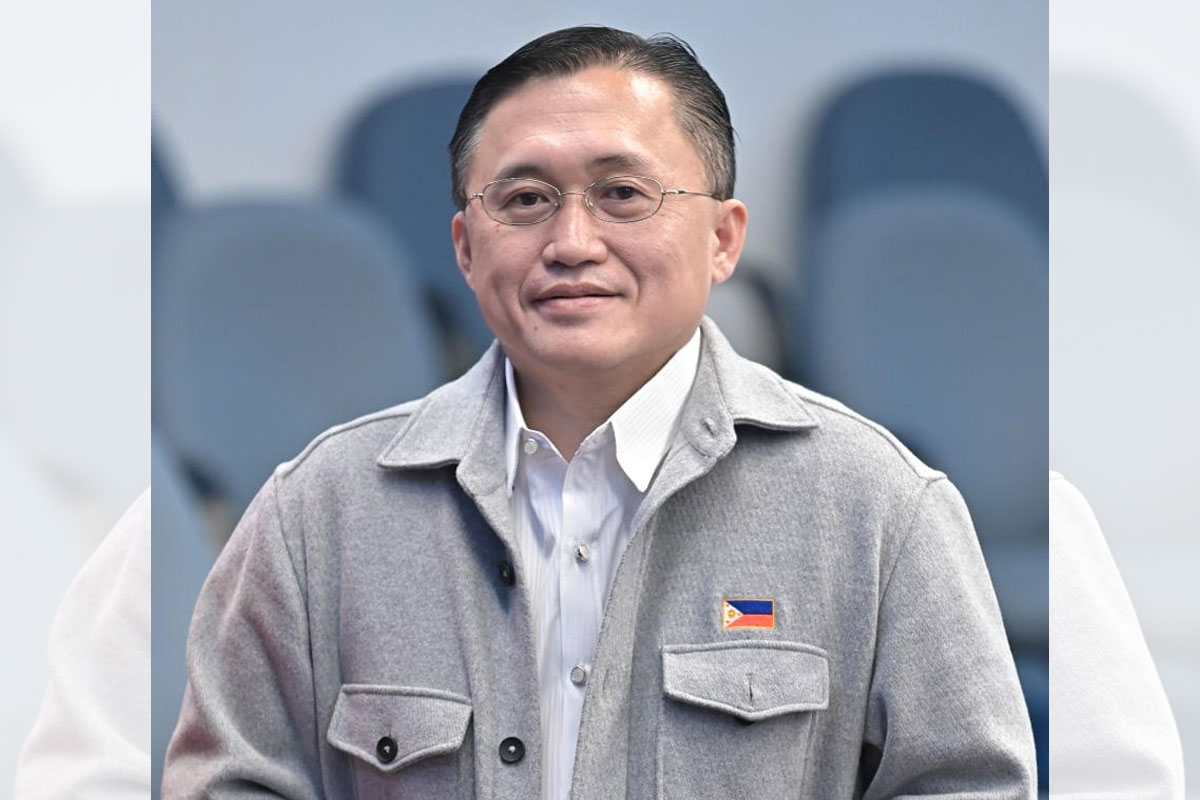 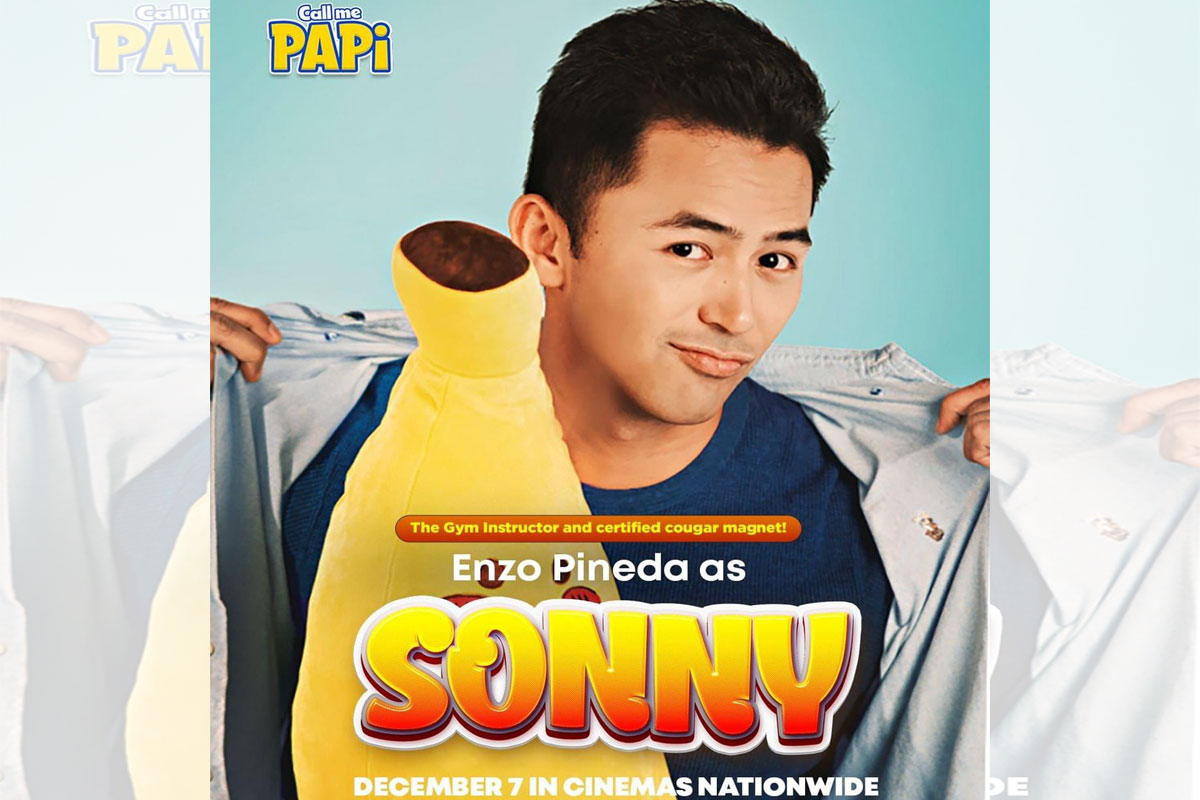 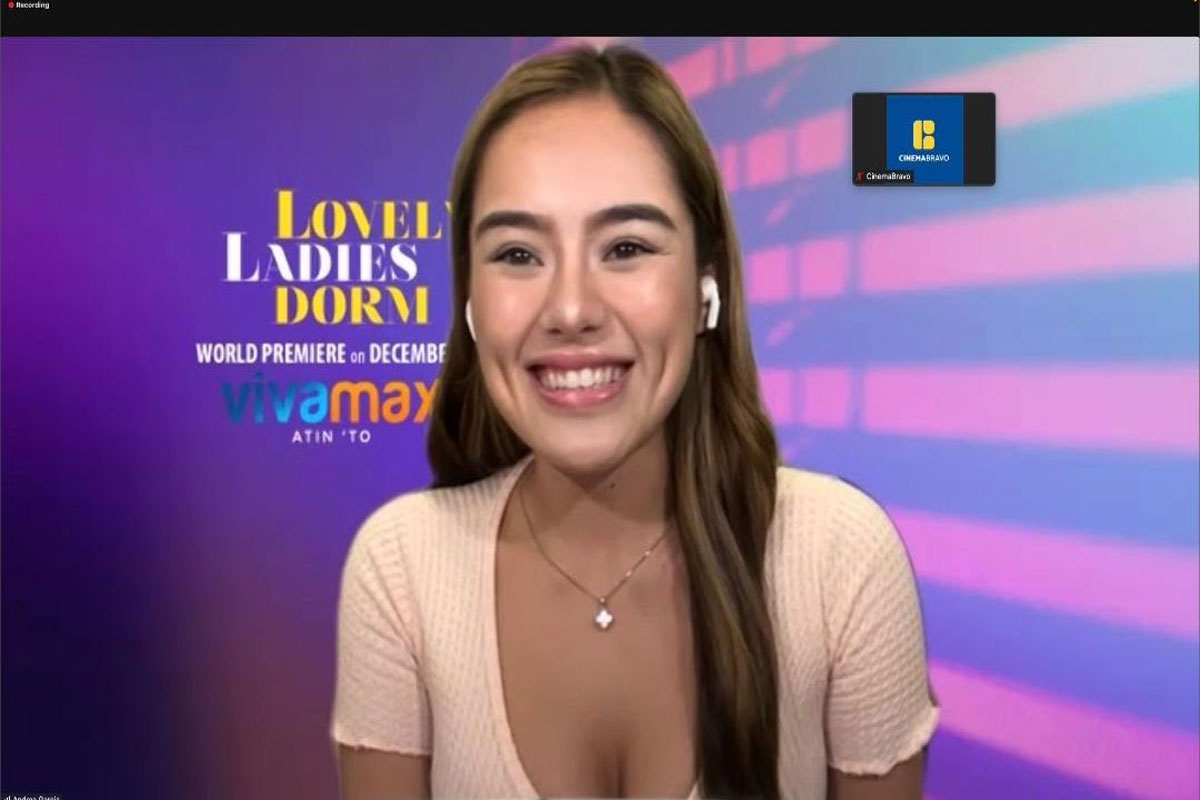 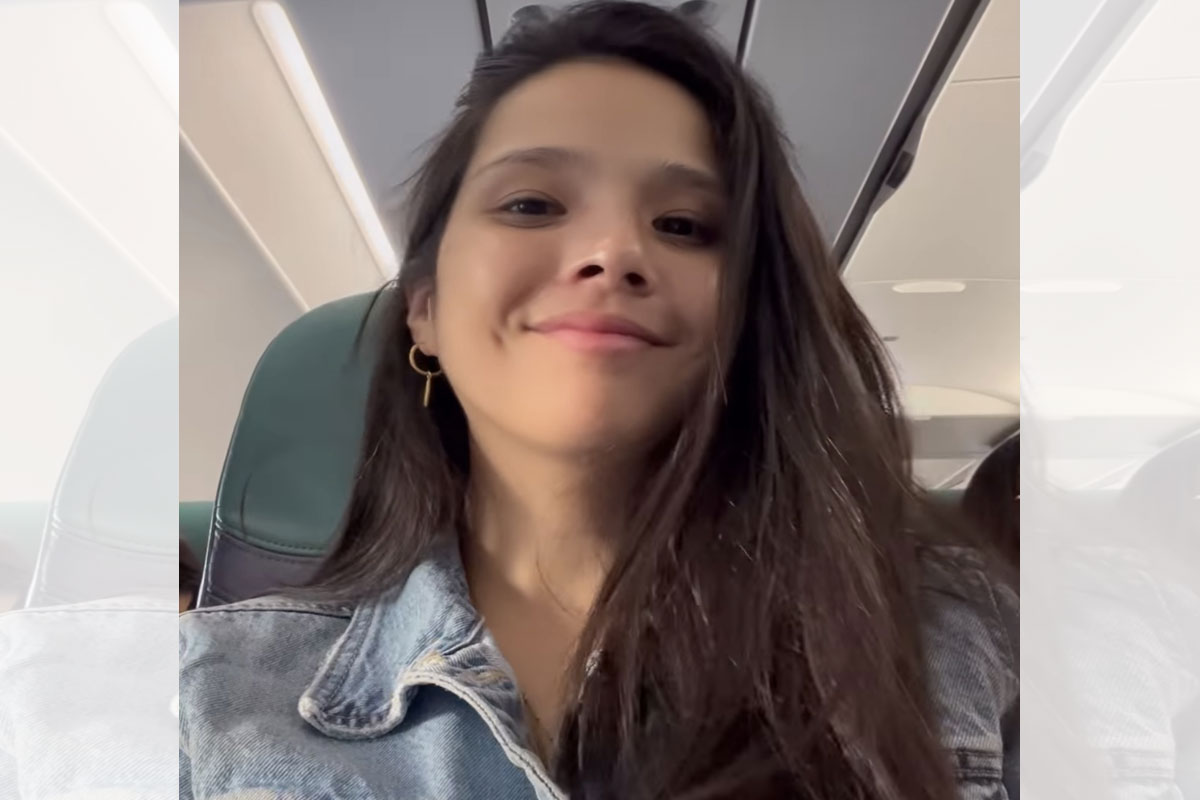 PNPA graduates or ‘Lakans’ doing excellent job in the PNP

I’M referring to graduates of the Philippine National Police Academy or PNPA who are doing a fine job in the police force, many of them now star-rank officers and occupying positions of key responsibility including those in the PNP directorial staff, regional and provincial offices and city and municipality stations as well as different PNP operational and administrative support units.

During the previous Macapagal-Arroyo and Aquino administrations, I have been privy to gripes being aired by PNPA graduates about the supposed ‘inequitable’ distribution of posts and promotion in the police force which, since its creation in 1991 to date has been commanded by graduates of the Philippine Military Academy.

However, I think the matter has been appropriately addressed by the PNP leadership. Compared to the case in 2014 when there were only three police 1-star generals from PNPA Class 1983 competing with about 150 Peemayers, the number of PNPA generals have greatly increased nowadays that you can easily find a PNPA general in all 17 Police Regional Offices, the PNP Directorial Staff and NOSUs or national operational support units and NASUs or the administrative support units.

The problem nowadays is that Lakans are not anymore competing with PMA graduates or the so-called ‘Cavaliers’ but are ranged against their fellow PNPA graduates when it comes to placement and promotion. When the Last Mojicans in the PMA retires from the police force, it would be ‘Lakans versus Lakans.’ Thus, i would love to say that service reputation, integrity, track record and performance will always come in handy in such a race.

Thru this piece, I would like to congratulate the countless Lakans-both our male and female officers-who have proven their worth in the police force, those who are really there to ‘serve and protect’ us. These are the officers in the field who make sure that each one of us will be able to sleep soundly in the confines of our home while they are manning checkpoints, patrolling the streets and going after drug dealers and other criminals.

These are the District Directors, the Provincial or City Directors, Municipal Police Station Chiefs, Station or Police-Community Precinct Commanders, heads of Regional and Provincial Mobile Groups or the different PNP operating units like the Criminal Investigation and Detection Group, the Highway Patrol Group, the Maritime Group, the Drug Enforcement Group and the Intelligence Group.

From producing its first graduates in 1980 while still having a 2-year program, the PNPA has greatly evolved into a fine institution and now provides a 4-year cadetship program to train our future police, jail and fire officials. It’s also good that President Duterte signed the law which transferred the supervision and control of the PNPA from the Philippine Public Safety College to the PNP to better the quality of future PNP generals.

Brual of PNPA ‘Magilas’ Class of 2000 at present is the Sorsogon Police Provincial Office director which has been adjudged as the top performing unit in Bicol when it comes to performance in the campaign against most wanted persons, illegal drug trafficking and abuse and internal security operations.

Col. Suriben of PNPA ‘Kabalikat’ Class of 1998 is the current Ilocos Norte PPO director. As a former chief of the Regional Community Affairs and Development Division of the NCRPO, he was instrumental in bringing Metro Manila residents much closer to the local police thru a well-received anti-drug, anti-criminality and anti-terrorism programs.

Col. Silvio of PNPA ‘Kapanalig’ Class of 1997 is presently the PNP Criminal Investigation and Detection Group-NCR Field Unit chief which has been cited by the PNP leadership for its successful campaign against loose firearms, fraudsters, scammers and other lawless elements including wanted Enemies of the State.

Silvio was adjudged as the Best Senior PCO for Operations during the 31st PNP Founding Anniversary with the PNP citing him for his leadership in addressing the threats posed by the New People’s Army in Metro Manila and other parts of the country.

Under him, the CIDG-NCRFU was also commended by the PNP leadership for its unrelenting campaign against unscrupulous persons who have taken advantage of the COVID-19 pandemic to sell illegal test kits and protective equipment and overpriced goods; a crackdown on violators of the Access Device Regulation Act of 1998 which netted both foreigners and domestic violators; and most importantly, the crackdown against organized crime groups including those involved in kidnapping-for-ransom, gunrunning and drug trafficking.

Lt. Col. Nebalasca of PNPA ‘Tagapagsanggalang’ Class of 2004 used to be a Best Junior PCO for Administration. He is currently undergoing a school in Cagayan Valley. Lt. Col. Pelare of PNPA ‘Sansinirangan’ Class of 2007 was a previous recipient of the Metrobank Foundation’s Search for Outstanding Policemen in the Philippines.

Jail SSupt. Khita, of PNPA ‘Kapanalig’ Class of 2002 is currently the Assistant Regional Director for Operations of BFP-NCR. He was once a BFP Best Senior Officer known for his initiatives in fighting COVID-19 in the fire department and for mustering the full support of different government agencies and local government units to the BFP.

Jail Chief Insp. Penilla of PNPA ‘Bagsay-Lahi’ Class of 2006 is currently the General Mariano Alvarez BJMP jail warden in Cavite who was cited for his strategic initiatives to uplift the condition of ‘persons deprived of liberty’ while seeing to it that their human rights will be fully preserved.

Fire Supt. Ricafort of PNPA ‘Bagsay Lahi’ Class of 2006 is currently the BFP Camarines Sur Provincial Office director. His initiaties and other programs resulted in the reduction of fire incidents in the province apart from undertaking projects that led to the construction of the Naga City Fire Sub-Station and the purchase of two penetrator fire trucks for use of the local fire station.

Fire Chief Inspector Gardose of PNPA ‘Masaligan’ Class of 2011 is currently the Acting City Fire Marshal of the Bacoor City Fire Station. Her effective partnership with the LGU was cited as a major factor behind the much-improved capabilities of the Kawit Central Fire Station in responding to fire situations and other distress calls.

Mea Culpa, my fault when I inadvertently failed to mention the name of a long-time friend Brigadier Gen. Joaquin ‘Jack’ Alba during my previous column regarding members of PNPA ‘Tagapagpatupad’ Class of 1992. In fact, some members of the Class were the ones who told me that i missed the name of Jack last Sunday.

I checked my files and found out that I really accidentally deleted the name of Jack Alba from the list of 22 active 1-star police generals from PNPA Class 1992 members which was sent to me. For the information of everybody, Brig. Gen. Alba has been a friend way back in the late 90s.

He is a actually an unassuming but seasoned CIDG investigator who helped crack a number of major crimes investigated by the CIDG in the mid-2000 until he became an outstanding Mandaluyong City police chief.

One of the two lawyers-graduates of PNPA Class 1992 (the other one being Colonel Lex Gurat, the deputy director of the PNP Finance Service), Jack Alba earned his star after being designated as PNP Secretary to the Directorial Staff on September 15, 2021. He is now the Executive Officer of the PNP Directorate for Investigation and Detective Management. 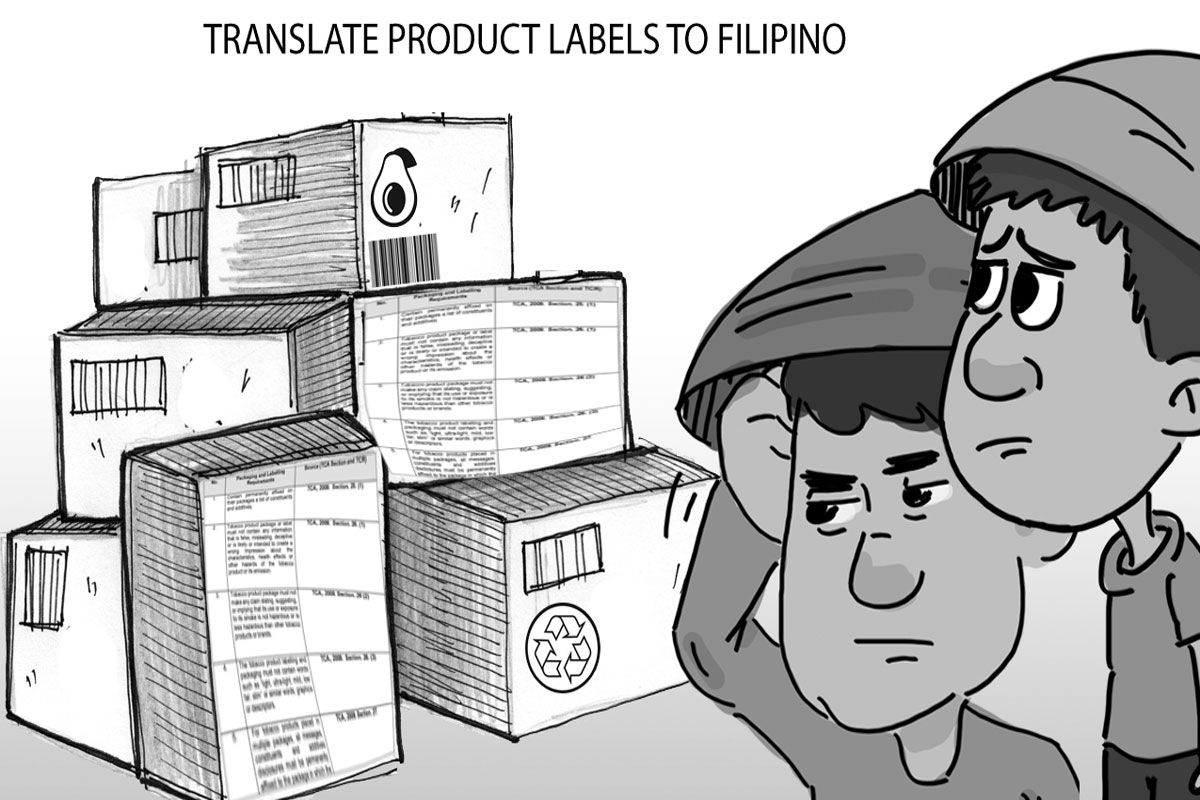