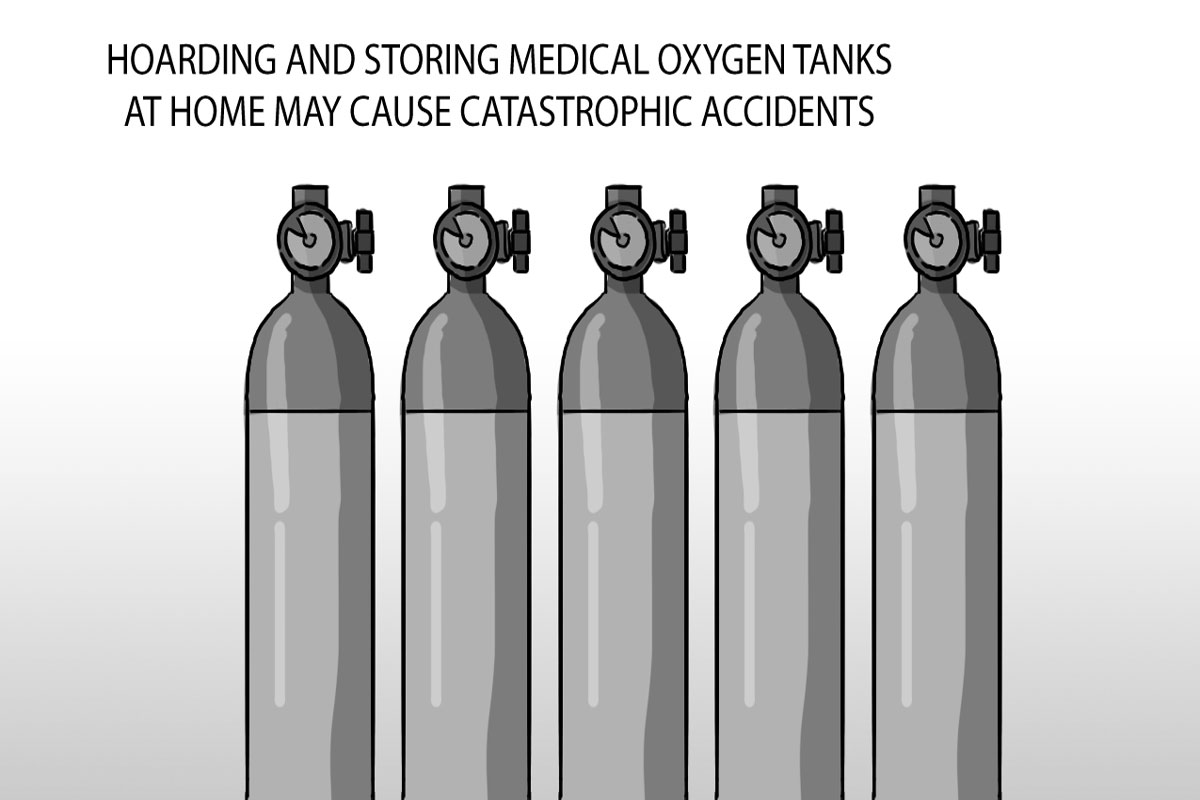 GOVERNMENT authorities, through the Food and Drug Administration (FDA), have warned the public against hoarding and storing medical oxygen tanks at home.

In a virtual news briefing, FDA Director-General Eric Domingo said oxygen is highly combustible and flammable and should not be stored at home to avoid catastrophic accidents.

Domingo issued the statement after assuring the people that there’s no shortage of medical-grade oxygen tanks in any part of the country amid the raging COVID-19 pandemic.

In fact, the Department of Trade and Industry (DTI) has reported that less than 50 percent of the manufacturing capability of oxygen tank plants in the country is in use.

Likewise, Domingo said the improper use of medical oxygen tanks may cause irreversible health damage.

Without doubt, hoarding of medical oxygen tanks, particularly during national emergencies, is an unconscionable act that should be punished to the fullest extent of our laws.

Instead of hoarding, what is needed now is to bring down the prices of medical oxygen tanks, medicines and other supplies.

Let’s make sure that the beleaguered Filipino people, particularly the poorest of the poor across the country, have access to low-priced but quality basic necessities.