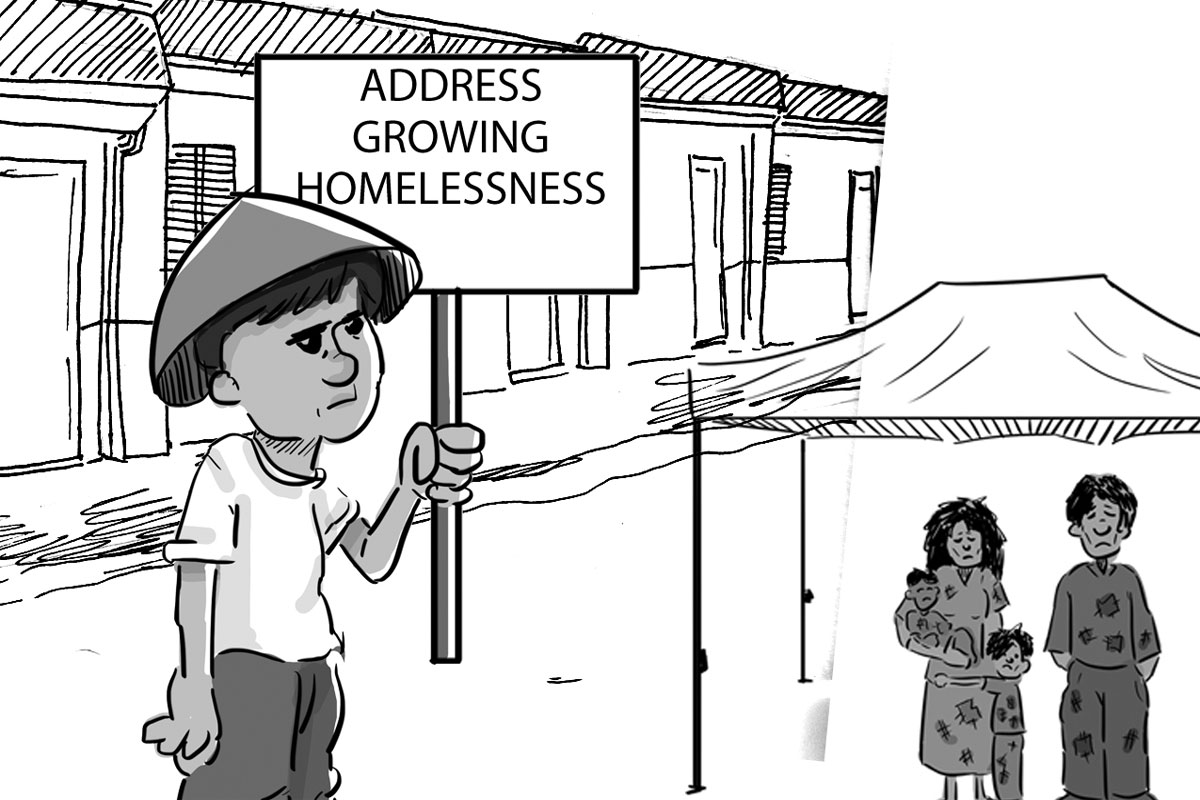 THE incoming administration needs to carry out a national housing program for the benefit of homeless Filipinos not only in the metropolis but throughout the country.

And the new government ought to seek a national consensus on the best practical solution to growing homelessness in this poverty-stricken Southeast Asian nation.

Of course, the housing program of the successor of President Duterte, who will be elected on May 9, should be truthful, transparent and without any “hidden agenda.”

In the Philippines, a nation of more than 110 million people, there’s the increasing backlog of housing units, forcing the poorest of the poor to live in the slum districts.

People, mostly from the countryside, in these squatter colonies live in crammed and leaking shanties beside stinking and heavily-polluted esteros and other waterways.

These impoverished “probinsiyanos, who live in these shanties which are only inches apart, find the slums hellish, particularly during the rainy season.

Poor and unlettered, many of these squatters or informal settlers seem content living in the slums, but wishing their children would not have the same misfortune.

Thus, these slum dwellers hope the incoming administration succeeds in coming up with the “best practical solution” to the growing homelessness in the Philippines.

In the view of many, it is only just for the new national government officials, especially the successor of Presient Duterte, to meet the housing needs of the people.

Let them do something more effective regarding squatter colonies, homelessness and extreme poverty.