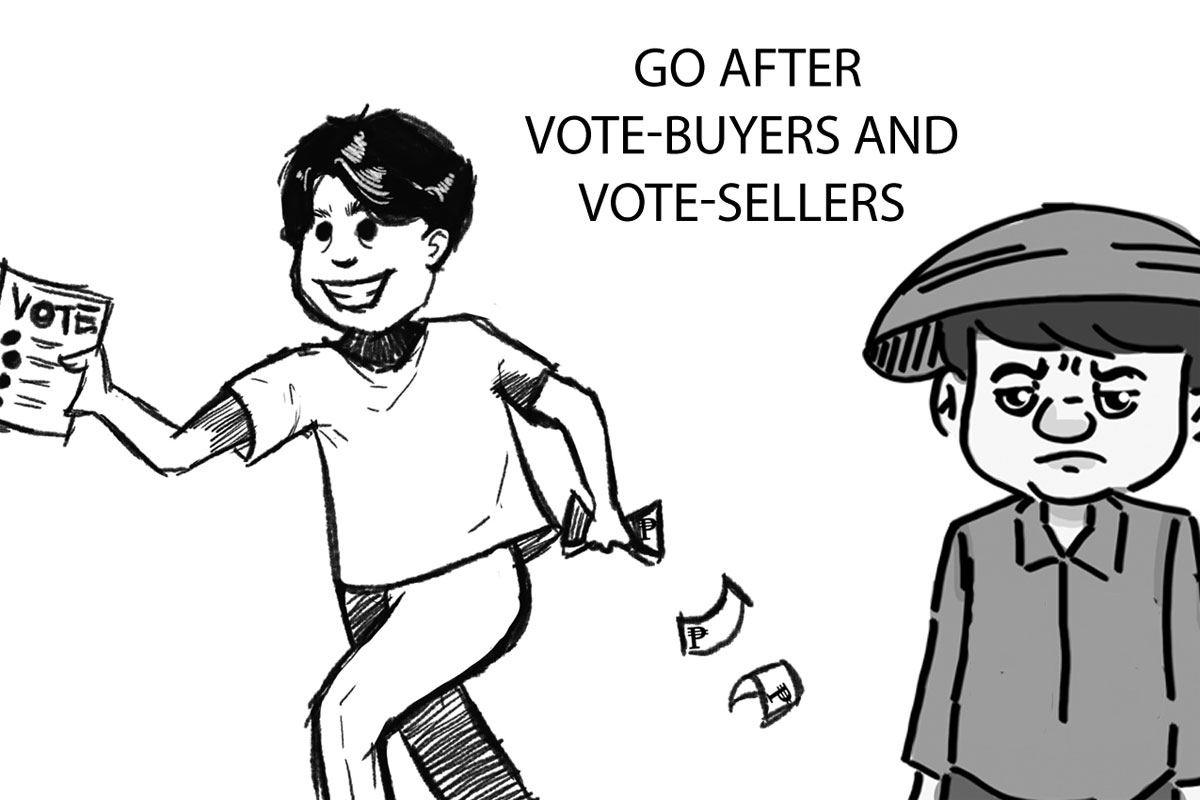 THERE are talks of alleged vote-buying in various parts of this impoverished but natural resources-rich Southeast Asian nation of election-crazy people, notably in the countryside.

In fact, more and more people now want the Commission on Elections (Comelec) and other concerned state offices and agencies to hit hard at vote-buyers and vote sellers.

In the view of the electorate, vote-buying is one of the major reasons why graft and corruption still persist in a number of government offices throughout the country.

With just 20 days before May 9, the authorities ought to intensify the government’s nationwide campaign to eradicate vote-buying during national and local polls.

The country’s more than 67.5 million registered voters go to the polls on this day (Monday) to elect the successor of outgoing President Duterte and other government officials.

Under the calendar of activities of the poll body, chaired by Saidamen Pangarungan, national and local candidates have only until May 7 (Saturday) to campaign.

Today, Comelec authorities and other concerned government officials are being called upon to now go after the country’s vote-buyers and vote-sellers.

This, if we really want to rid government offices and agencies of corrupt elective public servants.