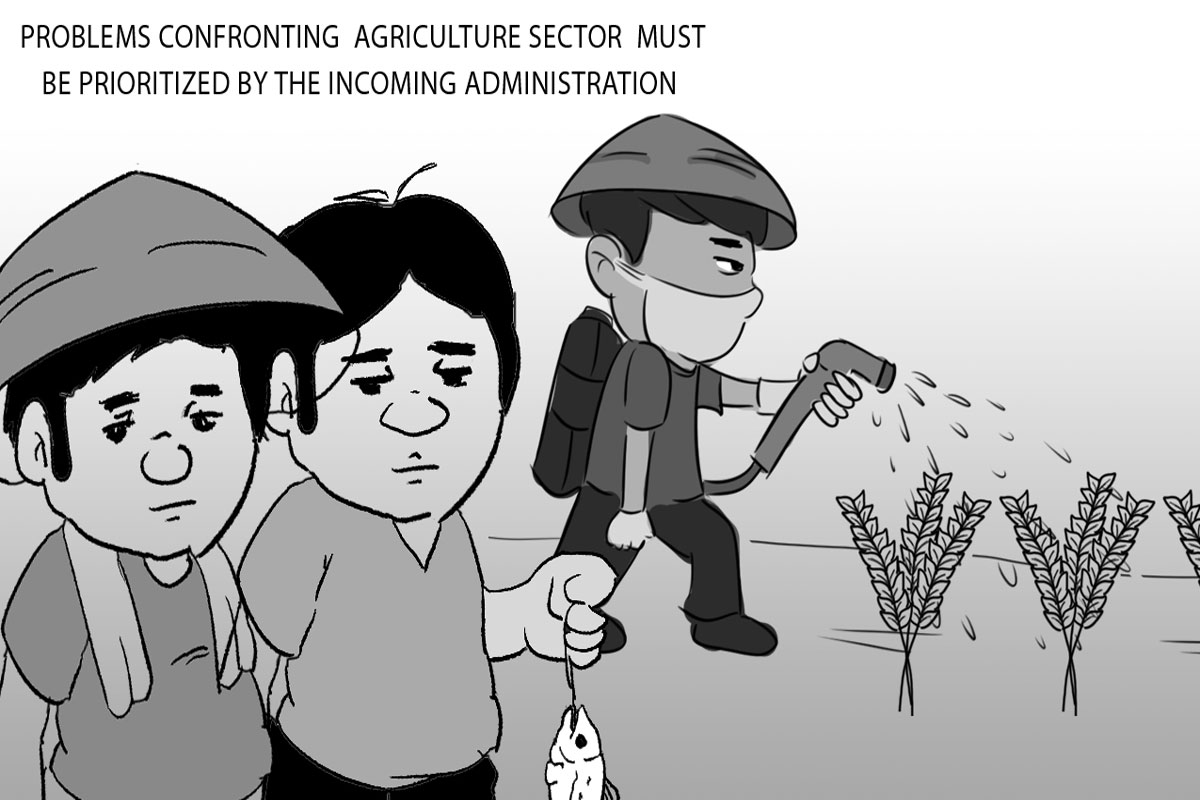 PERHAPS the incoming administration should look deeper into the problems confronting the millions of poor farmers, fishermen and other farm workers.

This, we think, is a must since these beleaguered Filipinos and their loved ones comprise the bulk of the Philippine population, now totaling more than 110 million.

Certainly, we find it hard to understand why many of these people wallow in poverty while the few traders who buy their products, like rice and corn, are now filthy rich.

That’s the reason why more and more farmers and fishers prefer to look for work overseas, including the Middle East, and Metropolitan Manila and other urban centers.

With the major problems confronting our farmers, the successor of outgoing President Duterte must push aggressively for reforms in the agriculture sector.

But it is important that these much-needed reforms should benefit the farmers and fishermen in line with the government efforts to eliminate poverty in the country.

Farm workers and their dependents are in for more trouble if the successor of President Duterte will not address the problems confronting the agriculture sector.

Azurin: Have trust in PNP crackdown vs rogues in uniform
December 8, 2022 Alfred P. Dalizon
SHOW ALL