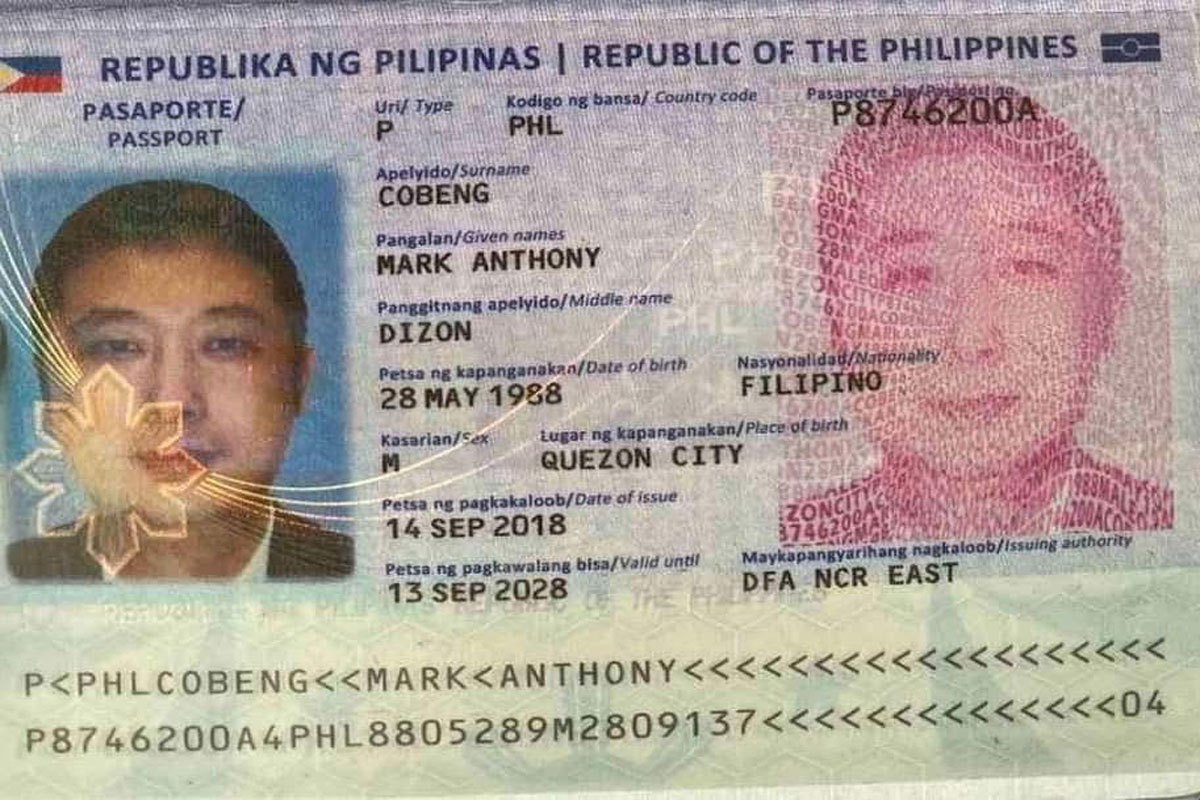 Chinese nat’l barred from leaving PH due to fake passport

A CHINESE national who reportedly presented a “fake” Philippine passport was barred by alert Immigration personnel from leaving the country bound to the Maldives on a private chartered jet in Ninoy Aquino International Airport (NAIA) authorities reported.

Immigration authorities said six vehicles entered NAIA and headed to the Remote Parking Bay 21 at Terminal 1, where the Philippine-registered jet was parked for departure proceedings.

Several persons in the convoy of vehicles then boarded the private jet.

Based on the report, the suspected individual presented a “faked” Philippine passport under the name Mark Anthony Dizon Cobeng was discovered by Immigration Officer Lourdes Mercado during the routine check of documents and interview as protocol and standard operation procedure before leaving the country.

Mercado checked all travel documents and separately interviewed the passengers.

Mercado noticed the “rough” appearance of the counterfeit passport of one Quezon City resident with a valid passport number issued on September 14, 2018, with 10 years validity and issued at DFA NCR (Department of Foreign Affairs National Capital Region) East.

Mercado initially interviewed the passenger holding the fake passport in Tagalog, but he failed to answer.

Tension arose several minutes when the suspect locked himself in one of the vehicles and refused to talk with the Immigration personnel.

Airport police responded and convinced the passenger to go with them to the Terminal 1 Immigration Office.

During the inquiry, the Immigration Anti-Fraud Section checked the passport in question and officers confirmed that the passport was fake.

The passenger was turned over to the legal department for in-depth investigation and proper disposition.

Immigration authorities said the incident is common in commercial flights but this is the first time they confiscated a “rip-off” passport used by a private or chartered flight passenger.