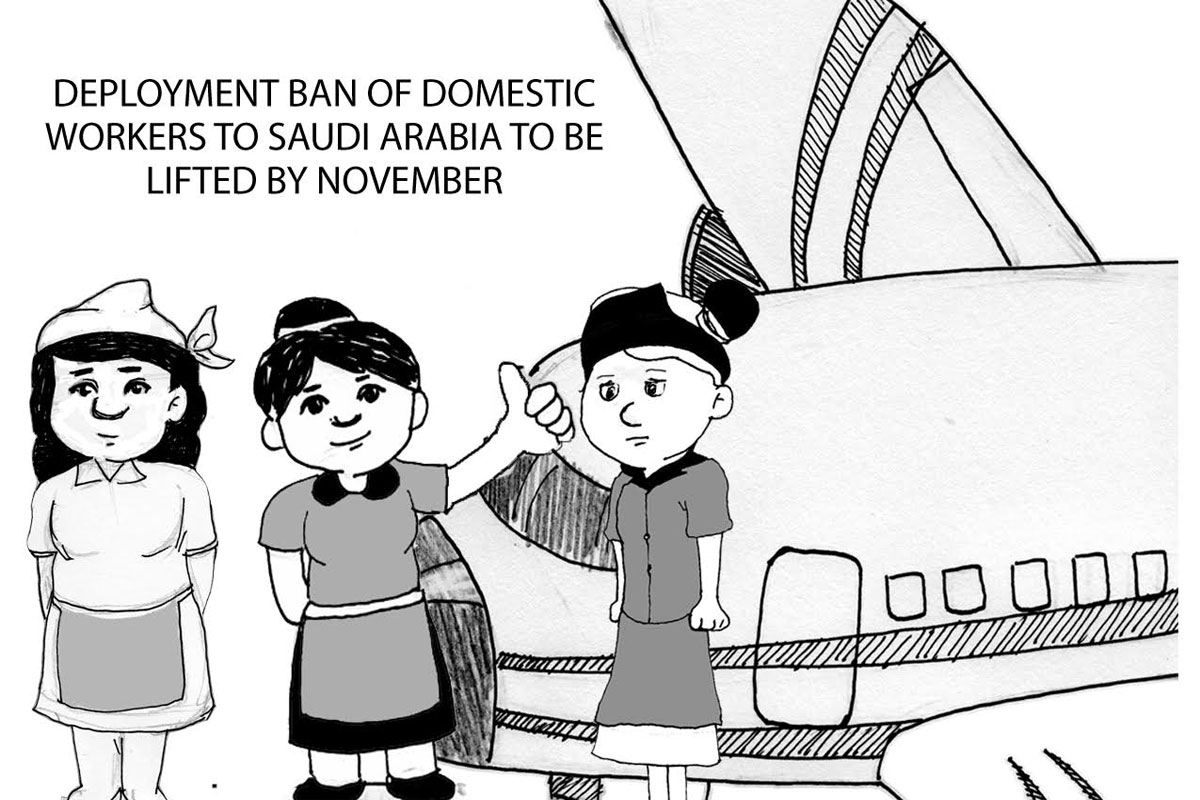 THE Philippines government has decided to lift the ban on the deployment of domestic workers to the Kingdom of Saudi Arabia (KSA), drawing cheers and applause from various quarters.

In fact, even critics of the government’s highly successful overseas employment program welcomed the move, noting the inability of Filipinos to find employment in the Philippines.

This is understandable because many business firms, particularly the “Small, Micro and Medium Enterprises (MSMEs),” remain closed because of the coronavirus (COVID-19) pandemic.

In other words, hundredds of thousands of members of the country’s labor force are still jobless owing to the inability of many employers to resume operations.

That’s why the millions of jobless people, including the displaced overseas Filipino workers (OFWs), lauded the government for its decision to lift the labor deployment ban to KSA.

Reports said the Philippines is set to lift the ban by the first week of November as agreed upon by Filipino and Saudi Arabian labor government officials.

Secretary Susan “Toots” Ople, secretary of the Department of Mifgrant Workers (DMW), made the announcement last Tuesday after a meeting with KSA government officials.

In a joint statement, the two officials also agreed to undertake joint measures to faciliate the decent and productive deployment of Filipino workers to the oil-rich kingdom.

Of course, we cannot overemphasize the importance of ensuring the safety and welfare of our migrant workers in Saudi Arabia, the major importer of Filipino workers.

Statistics show that in 2021, the number of Filipino migrant workers in the Middle East kingdom totaled 187,370.