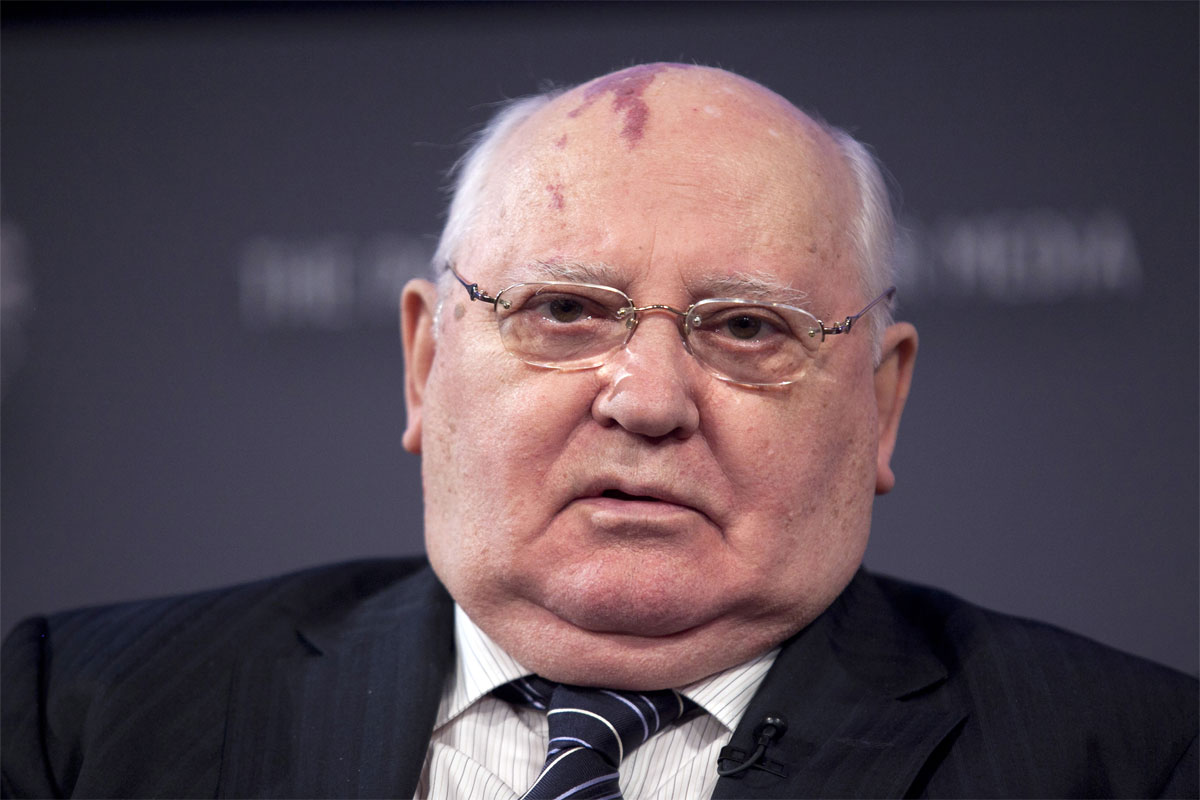 ISTANBUL – Leaders of many countries have expressed condolences over the death of former Soviet President Mikhail Gorbachev, who was awarded the Nobel Peace Prize in 1990 for his pivotal role in ending the Cold War.

Gorbachev died on Tuesday after a prolonged illness. He was 91.

The former Communist Party secretary general brought economic and political reforms to the Russian society, which critics say led to the dissolution of Soviet Union.

While Russian President Vladimir Putin offered his “deep condolences,” over the death, US President Joe Biden described Gorbachev as a “man of remarkable vision,” praising his efforts to end the Cold War.

“Few high-level Soviet officials had the courage to admit that things needed to change. As a member of the Senate Foreign Relations Committee, I saw him do that and more,” he said in a statement. “Even years after leaving office, he was still deeply engaged.”

NATO Secretary General Jens Stoltenberg said Gorbachev’s “historic reforms” led to the dissolution of the Soviet Union, helped end the Cold War and opened the “possibility of a partnership between Russia and NATO.”

“His vision of a better world remains an example,” he added.

UN Secretary-General Antonio Guterres was also saddened by the passing of Gorbachev, describing him as “a one-of-a kind statesman who changed the course of history.”

“On behalf of the United Nations, I extend my heartfelt condolences to Mikhail Gorbachev’s family and to the people and government of the Russian Federation,” he said in a statement. “The world has lost a towering global leader, committed multilateralist, and tireless advocate for peace.”

“He played a crucial role to end the Cold War and bring down the Iron Curtain. It opened the way for a free Europe. This legacy is one we will not forget,” she wrote on Twitter.

British Prime Minister Boris Johnson said he always admired the “courage and integrity he showed in bringing the Cold War to a peaceful conclusion.”

“In a time of Putin’s aggression in Ukraine, his tireless commitment to opening up Soviet society remains an example to us all,” Johnson tweeted.

German President Olaf Sholz said they “will not forget that perestroika made it possible to attempt to establish democracy in Russia and that democracy and freedom became possible in Europe that Germany could be unified, that the Iron Curtain disappeared.”

“He was a courageous reformer and a statesman who dared many things,” Sholz added.

French President Emmanuel Macron sent his condolences in a Twitter post, calling the former Soviet leader as “a man of peace whose choices opened up a path of liberty for Russians.”

“His commitment to peace in Europe changed our shared history,” he added.

Israeli President Isaac Herzog said Gorbachev was “one of the 20th century’s most extraordinary figures.”

“He was a brave and visionary leader, who shaped our world in ways previously thought unimaginable. I was proud to meet him during his 1992 visit to Israel,” he said.

“He helped end the Cold War and fundamentally change global security, ushering in an era of mutually beneficial cooperation. An era that vanished and is urgently needed again,” he added. Anadolu/Philippine News Agency