IN showbiz, there are good and bad news. And of course there are fake news. Comedian Vhong Navarro has been accussed of rape by model Deniece Cornejo and got jailed.

It was the worst nightmare in the comedians life which no doubt affected his family and career. On the positive side. Vhong was released from Taguig City jail last Dec. 6 after posting P1- M bail set by the court which he paid in cash. Good news as he can now celebrate Christmas with his family.

For one who used to be very visible, actress Angel Locsin has been missing in action. rumors floats that she and husband Neil are now separated. Bashers pinpoints the couple’s split to a third party. Angel and Neil opted to remain silent. 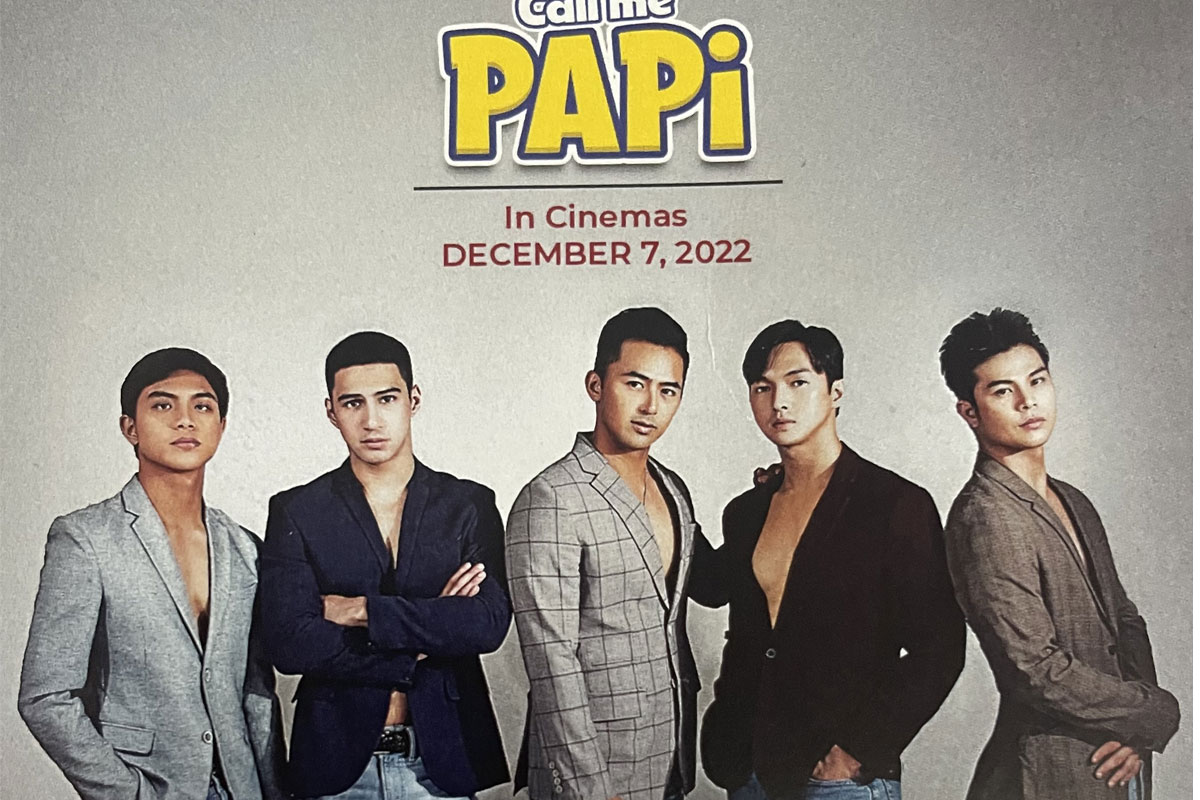 Story of friendship and fun

FROM Ferlin Parreno. Viva’s publicity director comes this press release on the movie “Call Me Papi.”

When five bachelors live in one roof, where does the fun end and the conflict begins? How do roommates become true friends?

“Call Me Papi”, starring Enzo Pineda, Lharby Policarpio, Royce Cabrera, Aaron Concepcion and Albie Casiño, is the barkadahan movie offering of Feast Foundation, in cooperation with Viva Films, this December 7. From the award-winning director Alvin Yapan (winner of the most coveted Best Film of the Decade award at the 2021 Gawad Urian for the movie “Ang Sayaw ng Dalawang Kaliwang Paa”), “Call Me Papi” touches on the different realities that young men face in their lives which may be relatable to a lot of viewers.

Enzo Pineda plays Sonny, a gym instructor who frequently attracts older women. When he is caught having an affair with a married woman, he crashes in with his friend Lito in an apartment already occupied with three others.

Albie Casiño is Ben, a restaurant waiter who is forced to take care of his newborn baby when his girlfriend runs off. He needs all the help he can get from the other guys.

Lharby Policarpio and Royce Cabrera both play call center agents named Mario and Lito, respectively. Each has secrets and inhibitions. What would it take for them to open up?

Aaron Concepcion is Roy, a bartender. He can barely make ends meet as he also provides for his family in the province.

As the boys deal with their personal struggles, they turn to each other for laughter and companionship. See how their relationship progresses from sharing a few drinks to sharing their innermost feelings.

What advice they would give to their character.?

Lharby’s advice to the likes of Mario is to loosen up and enjoy life. He describes his character as very hardworking.

Enzo’s advice is to find balance in life. Laughter, he says, has so many benefits. Spending time with friends relaxes you and lets you maintain a fresh aura despite being tired from work.

Aaron’s short but very meaningful answer is a great reminder to everyone: Self love is not being selfish.

Albie’s remark is also on point. He says, “Sometimes when you’re dealing with a problem, you think that it’s a lot bigger than it actually is. But after you get through that problem, you realize that it’s not so big after all. Just give yourself a little more credit. You are stronger than you think you are.”

“Call Me Papi” is now showing in cinemas nationwide. Invite your friends and enjoy this story of friendship. By REMY UMEREZ