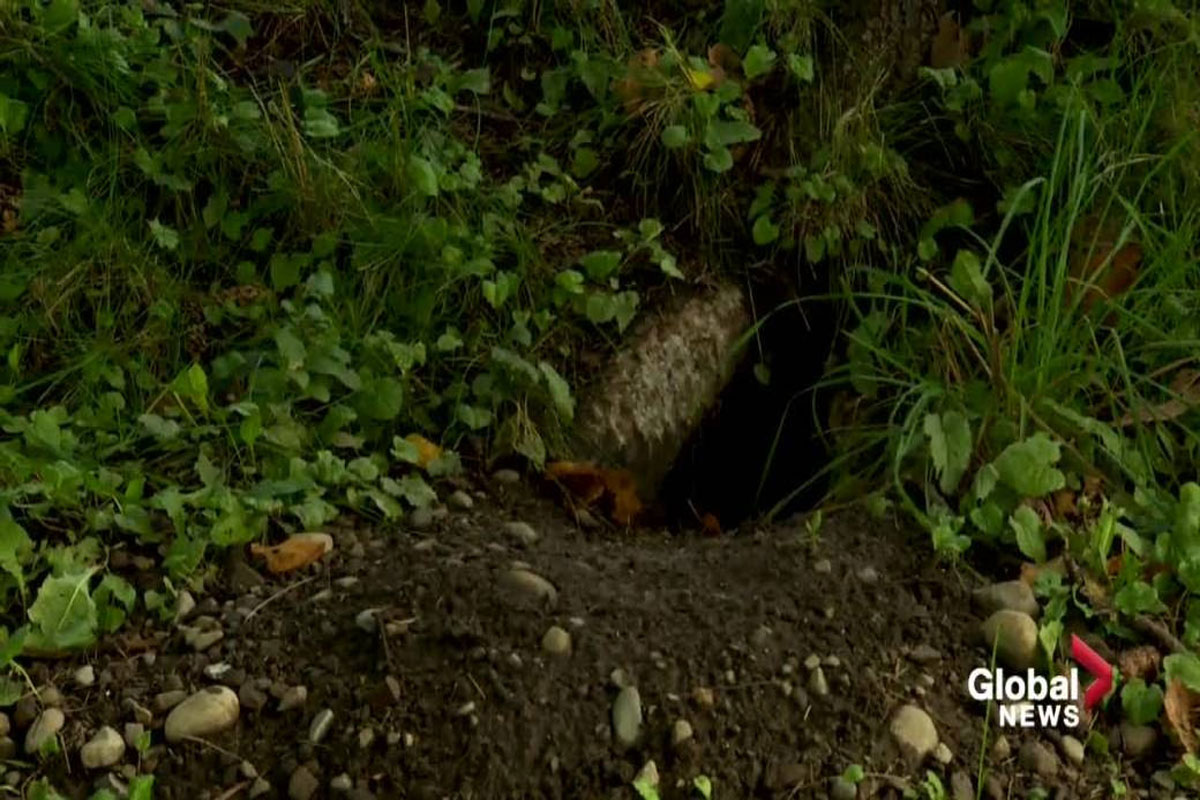 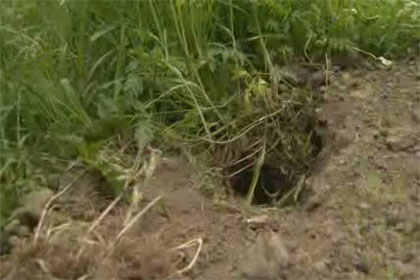 Visitors to the Notre-Dame-des-Neiges Cemetery say they’ve been greeted by a couple of disturbing surprises over the last few weeks.

Patrizia Castiglione, who visits the burial ground three times a year to see her grandparents’ graves, said a few days ago when she visited, she was disgusted by what she saw.

“I think it’s really sad for the families that have loved ones here,” she told Global News Saturday at the property.

Castiglione and other families visiting the site Saturday walked through weeds, up to waist high in some places. She pointed out that clients expect to see the gravesites properly maintained.

“They pay for a service,” she noted. “[Maintenance] is supposed to be included.”

There are other problems, according to Castiglione, as well Victor Sicuso, who went to Notre-Dame-des-Neiges to visit his son.

“People come here to see their loved ones and they find bones and skulls,” he fumed.

He blames groundhogs and pointed to several burrows near his son’s resting place. He spotted one of the rodents as it popped out of one hole, which Sicuso later covered with stones.

Patrick Chartrand, spokesperson for the Syndicat des travailleurs et travailleuses du cimetière Notre-Dame des neiges, which represents the workers, said the problem this year is worse than ever.

Just days ago, one visitor posted a video to social media purporting to show unearthed bones and dentures on the surface of one grave. 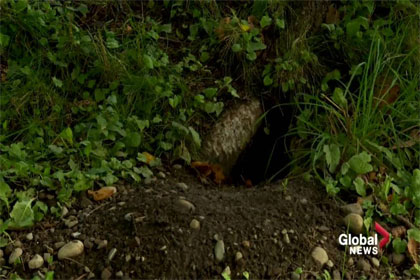 Last fall, there were complaints about other groundhogs digging up human remains.

Chartrand said the problem is much worse this spring, and according to him, it’s because of staff cuts at the cemetery in March when 26 jobs were lost, affecting grass cutting and landscaping.

He admitted that groundhogs do live at the cemetery but that there was a crew dedicated to dealing with the rodents and their burrows.

“The team used to go section by section, when they see one, they plug it,” he said.

Read more: ‘The cemetery should be available to everybody’: Montreal cyclists upset after being banned

According to him, they would alert other teams, who would quickly re-bury human remains, but he said the staff cuts have left just a handful of people to take care of the 137 hectare property.

“Sometimes there’s five people to cut the grass on this site,” he claimed. “Can you imagine? Five!”

He pointed out that the union and the cemetery are in contract negotiations and have been since 2019.

“The cemetery, like the rest of Mount Royal, is home to many animal species, such as groundhogs. Most biologists recognize that we developed our city on their land because they have been in Montreal and on Mount Royal for centuries,” a cemetery spokesperson said in a statement.

“Therefore, groundhogs are legitimate residents of Mount Royal and cannot be removed! They have rights and we must respect them as all partners of Les amis de la Montagne do. We need to coexist with them and enjoy their presence.” 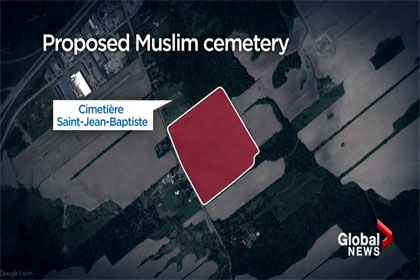 The statement did not address a question about staff cuts but claimed that there are about 100 employees. Neither did it say how many people are assigned to work on the grounds and how many are assigned per shift.

On the cemetery’s website, there is a notice in which management states that they are sensitive to the “inconvenience of having human bones pushed to the surface while digging their burrows.”

They invite visitors to use the customer service line (514-735-1361) to report any presence of above-ground bones on the Cemetery grounds.

Still, she plans to visit the graveyard more often to check on her grandparents’ resting place — just in case.