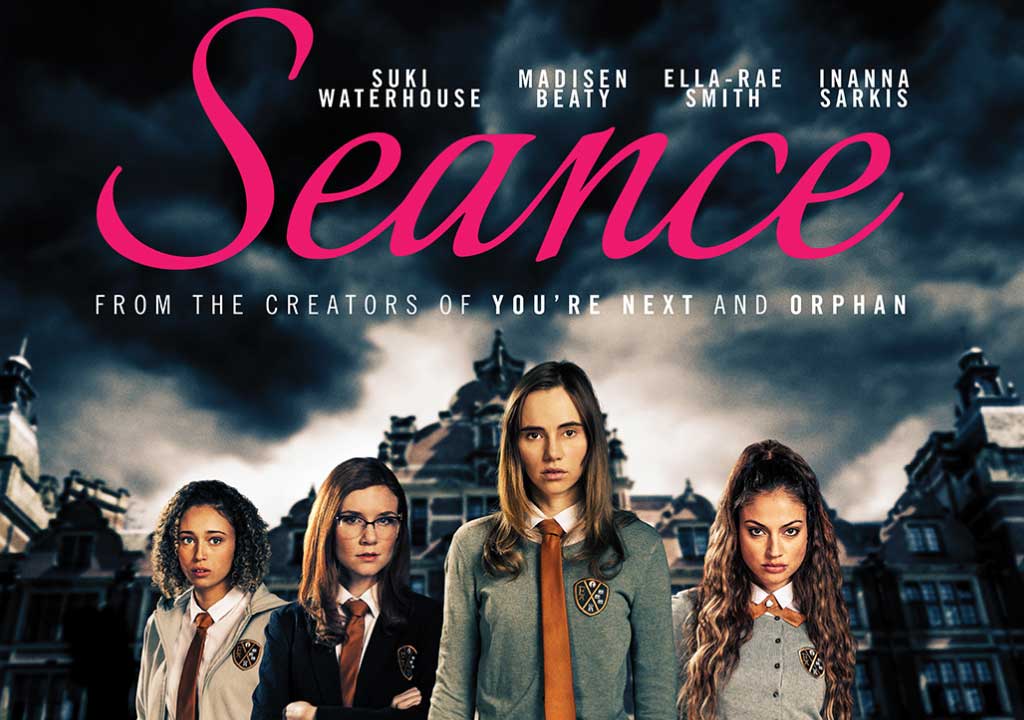 ‘SEANCE’ (this is a title used by so many other past films) is a youth-oriented horror movie written and directed by Simon Barrett, who’s better known as a screenwriter of the sequel to the indie horror hit, “The Blair Witch”, and the blood-soaked slasher film, “You’re Next”.

The story is set in an exclusive all-girls boarding school, Edelvine Academy. It starts with six students calling on the spirit of the fabled Edelvine ghost, but it turns out to be just a prank being played by the school’s mean girls led by the domineering Alice (Inana Sarkis.)

One girl, Kerrie (Megan Best), is not able to stand it and returns to her room, but she soon heard screaming and ends up jumping into her death from her bedroom window. It appears there’s a supernatural factor that prompts her to do it but the school’s headmistress, Mrs. Landry (Marina Stephenson) concludes that she just committed suicide and a new girl is taken to replace her in the school, Camille (Suki Waterhouse).

Camille quickly makes friend with the school’s handyman and only male inhabitant, Trevor (Seamus Patterson), who happens to be the son of the headmistress.Since she is the school’s newbie, the mean girls expectedly bully her during their lunch break, but Camille is feisty. She won’t take things sitting down, fights back and the girls gang up on her.

For this, the headmistress puts them all on detention and punishes them with a joint project.Obviously, Alice and the followers in her clique haven’t learned their lesson and they hold another seance to conjure the dead Kerrie’s spirit and to ask what really happned to her.

Camille is asked to join and she does, with another girl who befriends her, Helena (Ella Rae Smith). Camille figures it’s another prank and Alice ends up hitting her again. Soon members of Alice’s gang start disappearing one by one.

It turns out there is a masked killer in the school and this one is the culprit in attacking the girls. At this point, it seems that the supernatural element has been forgotten and instead of being a story about a haunted school, it has now turned into a slasher film like “Scream”, “Friday the 13th” and Barrett’s own “You’re Next” that featured menacing masked killers.

The writer-director seems to have borrowed many ideas from various scary movies. The setting of school girls preyed upon by a mystery killer is from “Suspiria” with some elements borrowed from “Mean Girls”. The result of borrowing familiar tropes and elements from other movies is a mediocre so-so movie.

The characters may be searching for a spirit from the after life, but the film itself is searching for some originality it can call its own. Given how familiar the movie’s plot elements are and it’s tedious pace, you’d think it would compensate by coming up at least with scenes that are marked with more vivid gore and violence.

Yet the director chickened out in showing bloodshed, as most of the murders happen off screen and there is very little build up of tension no matter how many girls have gone missing. Another reason the movie fails is because the characters are so sketchily written that we viewers do not cheer for them. As a matter of fact, we rejoice when the mean girls get the fate that they deserve.

The outcome of so many supposedly scary scenes are also so easy to predict. When a girl goes to shower alone in a common bathroom or practice dancing all by her lonesome self in a darkly lit stage, you already know what will happen next. And it doesn’t even offer any of the usual jump scares that jolt viewers which we have come to expect in movies like this.

If you haven’t seen the past films it is referencing, then you might somewhat enjoy “Seance”. In the end, there are a couple of twists but you can see it coming about 20 minutes into the movie. The movie is really a jumbled mishmash of many borrowed elements as it wants to be a ghost story and also a murder mystery, a slasher movie and, the biggest twist of all, an LGBT romance!!!!

It would perhaps have helped if the actors are capable performers, but some of them look too old for their roles, specially the Asian girl who looks more like a teacher than a student. Most of them also give driftwood performances, including lead actress Waterhouse as Camille.

Her reactions don’t seem to register the right emotions and she has a very cold screen presence. There’s an attempt to enlighten the viewer about the secret motivations of her character but it sounds so unconvincing and not a credible explanation of her behavior that is so devoid of wit or imagination. 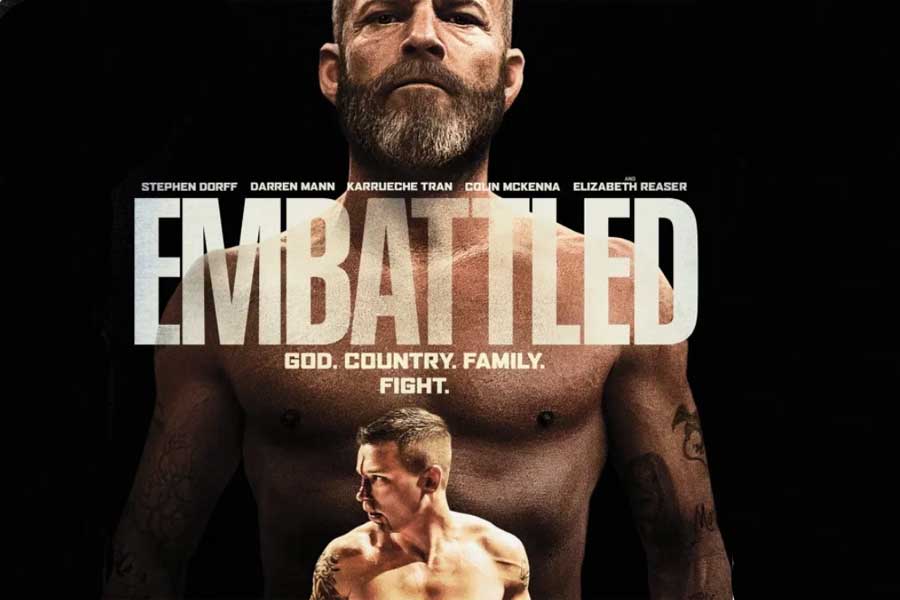 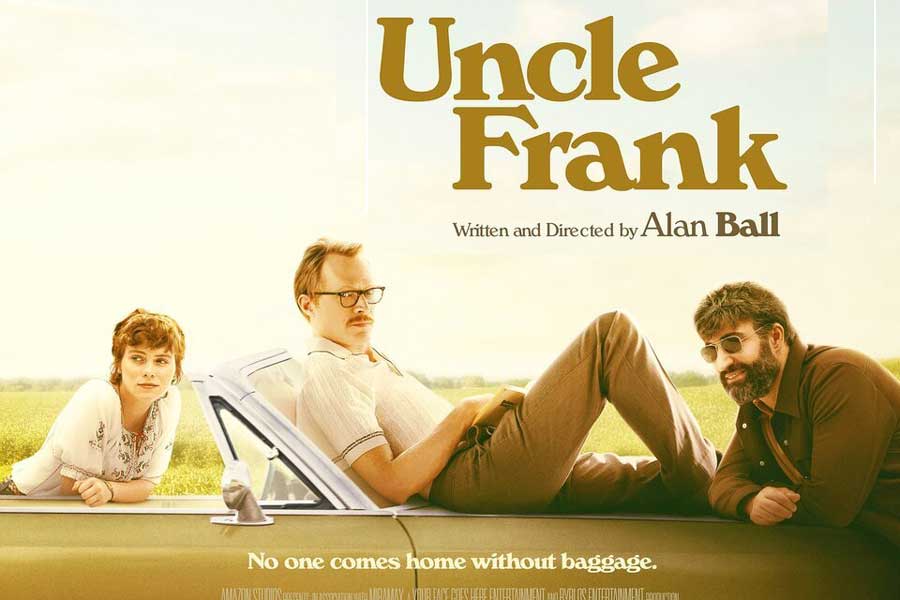 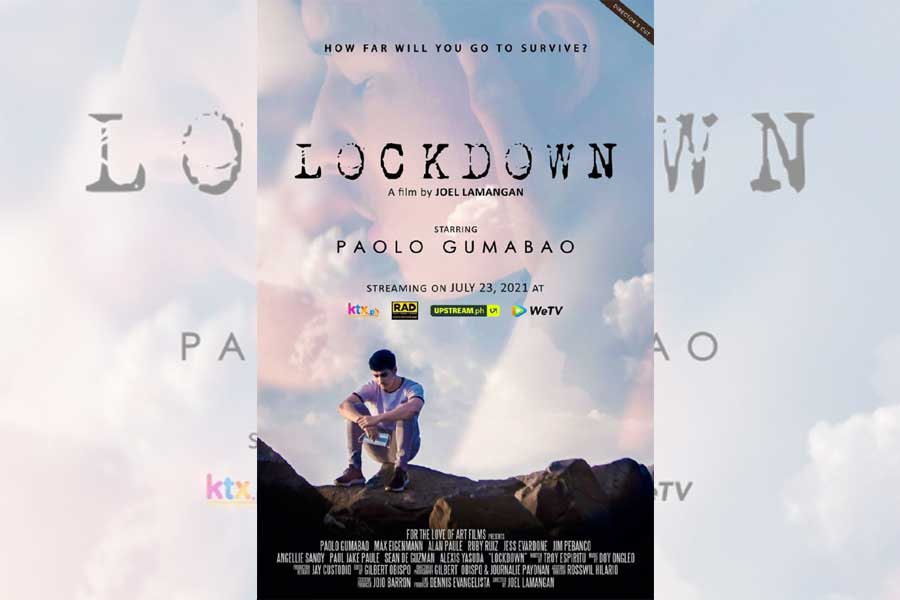