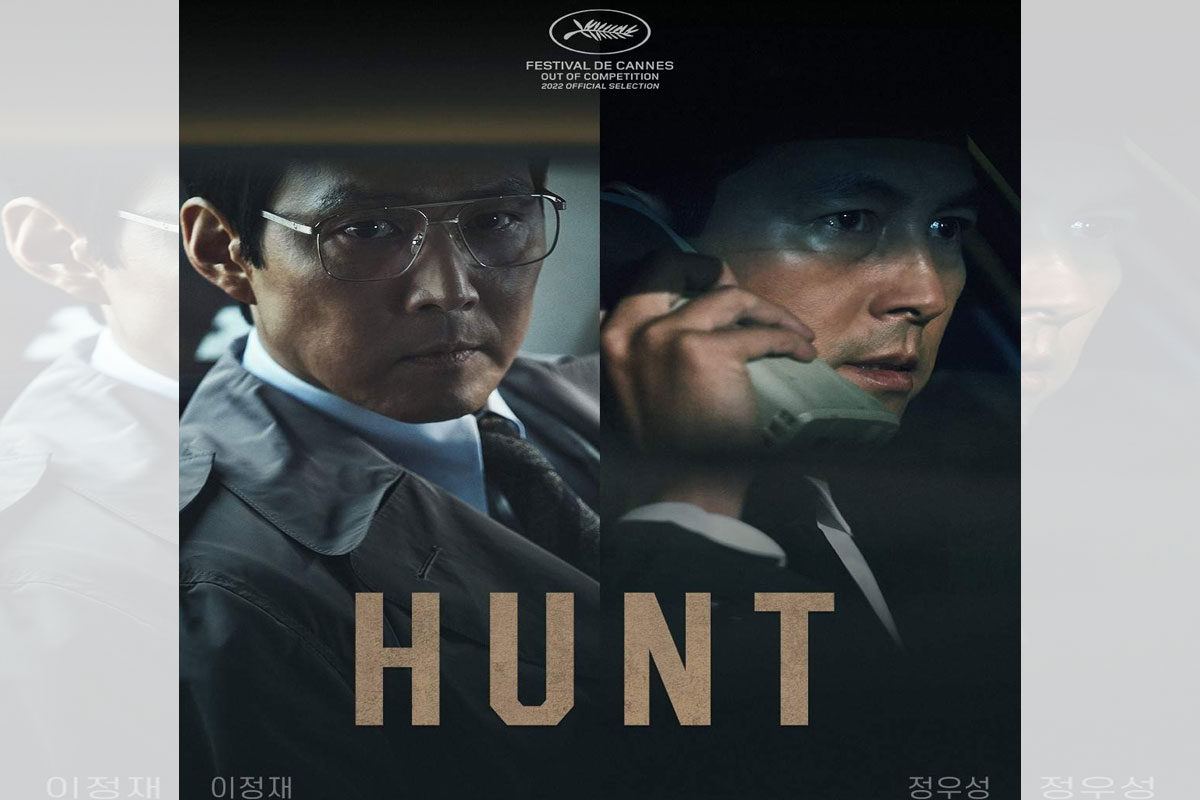 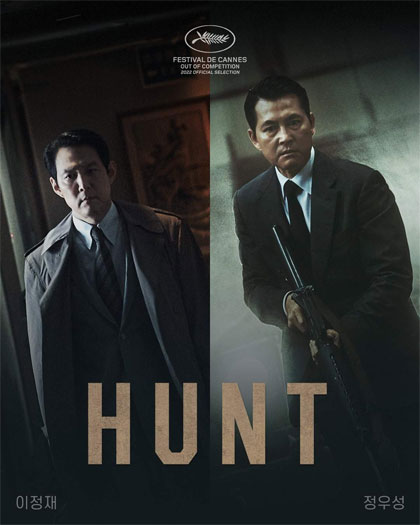 ‘HUNT’ is a Korean spy thriller that is the directorial debut of actor Lee Jung-jae, who’s been acting for 30 years and is best known for the worldwide hit, “Squid Game”, for which he is now nominated in the Emmy Awards. The story is set in the 1980s when South Korea was engaged in a cold war with North Korea.

Highly respected Korean CIA foreign unit chief, Park Pyong-ho (played by Lee Jung-jae himself who also co-wrote the script) is assigned to uncover the secret identity in their agency of a North Korean spy simply known as Donglim.

Also tasked to do the same job is Kim Jung-do (Jung Woo-sung), a former military officer and now the head of their domestic unit. The spy starts to leak top secret information that could endanger national security and the two units then investigate each other.

If Park and Kim cannot unmask the mole, they themselves might be accused of being the spy, so they race against each other to pinpoint who the mole is. The tension rises as the viewers themselves will be wondering who to side with, since both of the agents have their own skeletons in the closets and deep dark secrets that would make you distrust each of them.

The plot is actually quite convoluted and there are many twists and turns that will just stun you. The movie opens with a foiled attempt on the South Korean president’s visit to Washington DC by highly-trained operatives and ends with the climactic slambang assassination try to kill the president in Bangkok that ends in a veritable massacre.

The film’s narrative is fictitious but it will be recalled that in October, 1979, then South Korean Pres. Park Chung-hee was really assassinated by the Korean Central Intelligence Agency and this should have been the inspiration for “Hunt”. And we dare say this is quite an auspicious directing debut for Lee who seems so adept in working behind the camera, particularly in executing high intensity action scenes with considerable skill.

But the film really centers on the highly toxic competition and escalating hostility between the two top agents. So which one of them do you think will be involved in trying to kill their president and which one will be trying to save him?

It will keep you guessing and let’s see if you could make a correct guess. Both of them are not black and white characters, so it’s really difficult to determine who you should root for and get your support.

The movie stars two of Korea’s top veteran actors being matched up against each other as Team Park vs. Team Kim, so it’s easy to see why “Hunt” became a big blockbuster hit in Korea. They are both first rate in playing their three-dimensional roles, so you will also find both of them sympathetic at turns.

At one point, we were cheering for one but after more nifty revelations, we shift our alliance to the other one. Their story is told with much violence (specially the torture scenes) and a number of edge-of-your-seat action set pieces and shoot-em-ups that will no doubt hook action-lovers.

This is the type of film where the less is said about the plot, the better, to avoid spoilers. There are so many complicated moves that we lose track of them after a while and you’d wish they exercised better narrative control. Better to just focus on the two characters who are making it a personal duel on screen to make it tick with much adrenaline for over two hours.

“Hunt” is distributed in local theaters by Glimmer Inc., owned by Manila-based Korean TV host Grace Lee who aims to bring the best of Korean Entertainment in our shores to bridge that cultural and production gap between our two countries.

Review of ‘Bula,’ a Vivamax sex and violence film with a nasty streak of comedy