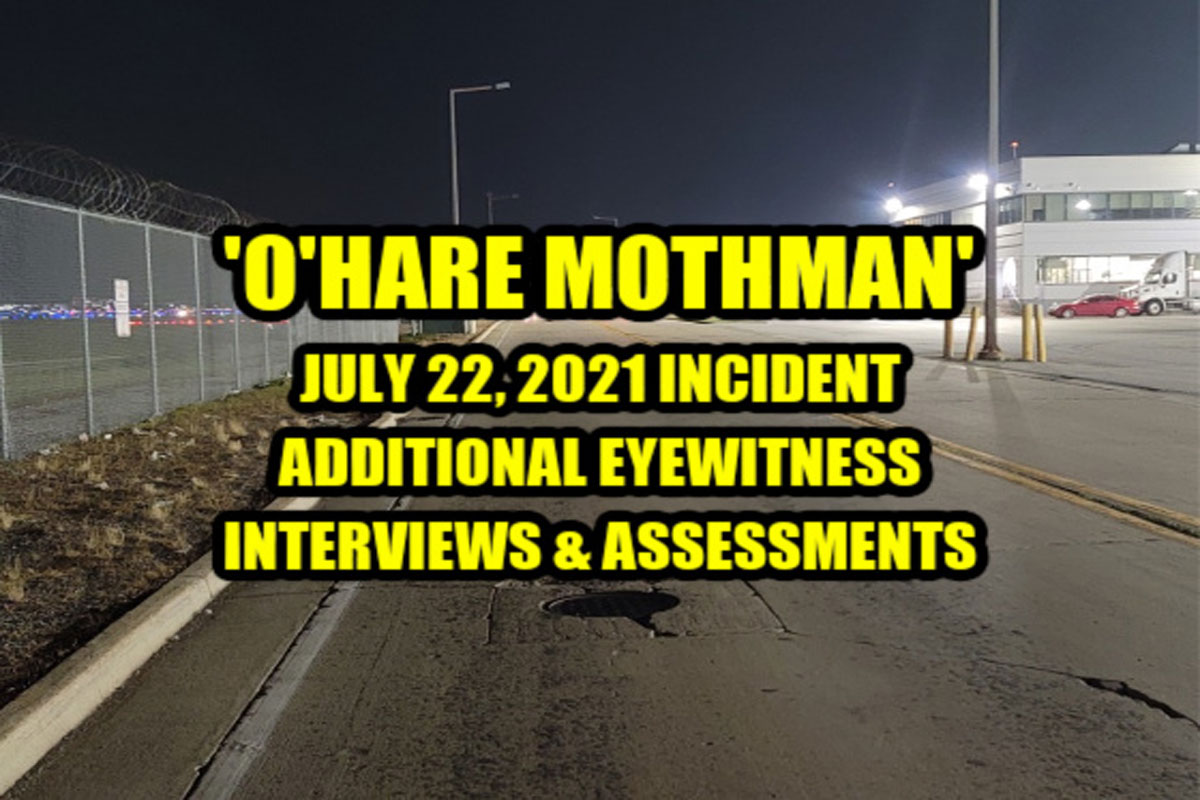 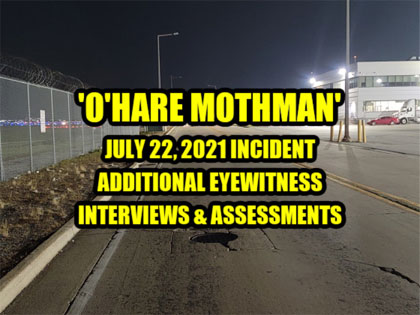 “I was looking around on the internet when I noticed that you had posted my report about the flying man on your page with other sightings. I was the one who reported that flying man and about 8 of my coworkers also seen it too. We were the ones who were unloading that plane when we saw him standing by the fence. We were watching when the security people showed up and when he flew up into the sky and got the heck out of there. I can tell you that he scared the heck out of all of us and it must of scared our bosses because they told us to not talk about it with anyone that might ask.

I’m willing to answer any questions but don’t want to lose my job either. So please be mindful of that fact because I’m not going to give you any personal information that could be turned over to my job and get me fired.” Name withheld for confidentiality

NOTE: The witness interview will be posted after it is conducted. Lon

Also, a personal interview was conducted with another witness description, detailed in Witness Ordered to Leave While Attempting to Photograph Winged Humanoid at O’Hare – July 22, 2021:

I made contact with the witness via phone and was able to speak with him about the events of that night (July 22, 2021). The witness works at Delta Cargo as a forklift operator and was just getting off of his shift when he came upon the scene unfolding at United Cargo. The witness told of having his own brief sighting of the winged humanoid and had heard multiple stories from other coworkers and other O’Hare employees about the sightings of the “O’Hare Mothman.” The witness said that after his own brief encounter he began to keep his cell phone handy just in case he had another sighting and could try to take a picture of the entity.

The witness says he saw the lights as he approached and then was able to see the winged humanoid itself fly up and above the fence, headed in the direction of the runways. The witness stopped his car approximately 20 feet from the curve and got out trying to take pictures of the entity before it faded into the night sky. The witness stated that he was immediately told in a forceful manner to get in his car and leave the area immediately. The witness said the uniformed officer told him to leave in such an aggressive manner that the witness was immediately intimidated and felt compelled to stop everything he was doing, get in his car and leave the area post haste. The witness did state that there were 8-10 security vehicles already on scene and that more were turning the corner and headed to the area as he left and turned onto W. Cargo Rd headed toward the highway.

When asked why such a forceful response for this sighting by airport security and the TSA, the witness stated that anything unauthorized that enters the tarmac area is usually dealt with severely due to the proximity of active planes. When asked about the sightings at O’Hare, he stated that everyone is well aware of these sightings and that many of them are swept under the rug. He also stated that he is not surprised that many of the witnesses were told that this was a misidentified bird while also being told not to speak to anyone about it.

It is the investigator’s opinion that this sighting is valid, the witness showed no obvious signs of deception and there is no reason to doubt the witness’s report as a hoax or false. The sighting information will be turned over to UFO Clearinghouse and Phantoms and Monsters Fortean Research team investigators for further study.

NOTE: This information is consistent with the reports I have regularly received from a confidential informant who happens to be a supervisor employed by one of the commercial carriers. Below is a photograph of the location where this witness stopped their car in an attempt to capture an image of the winged being. Lon 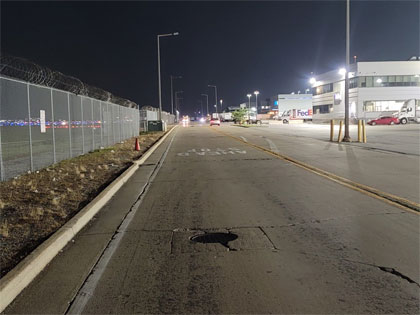 Have you had a sighting of a winged humanoid or huge bat-like creature in the Chicago, Illinois metro area / Lake Michigan region? The entity has also been referred to as the ‘Chicago Mothman’, ‘Chicago Owlman’ & ‘O’Hare Mothman.’ – Chicago / Lake Michigan Winged Humanoid Regional Interactive Map – Please feel free to contact me at lonstrickler@phantomsandmonsters.com – your anonymity is guaranteed. Our investigative group is conducting a serious examination of his phenomenon. We are merely seeking the truth and wish to determine what eyewitnesses have been encountering. Your cooperation is truly appreciated. You can call me directly at 410-241-5974 as well. Thanks. Lon Strickler

The Surprising Traits Of Kids Born To Moms Over 40