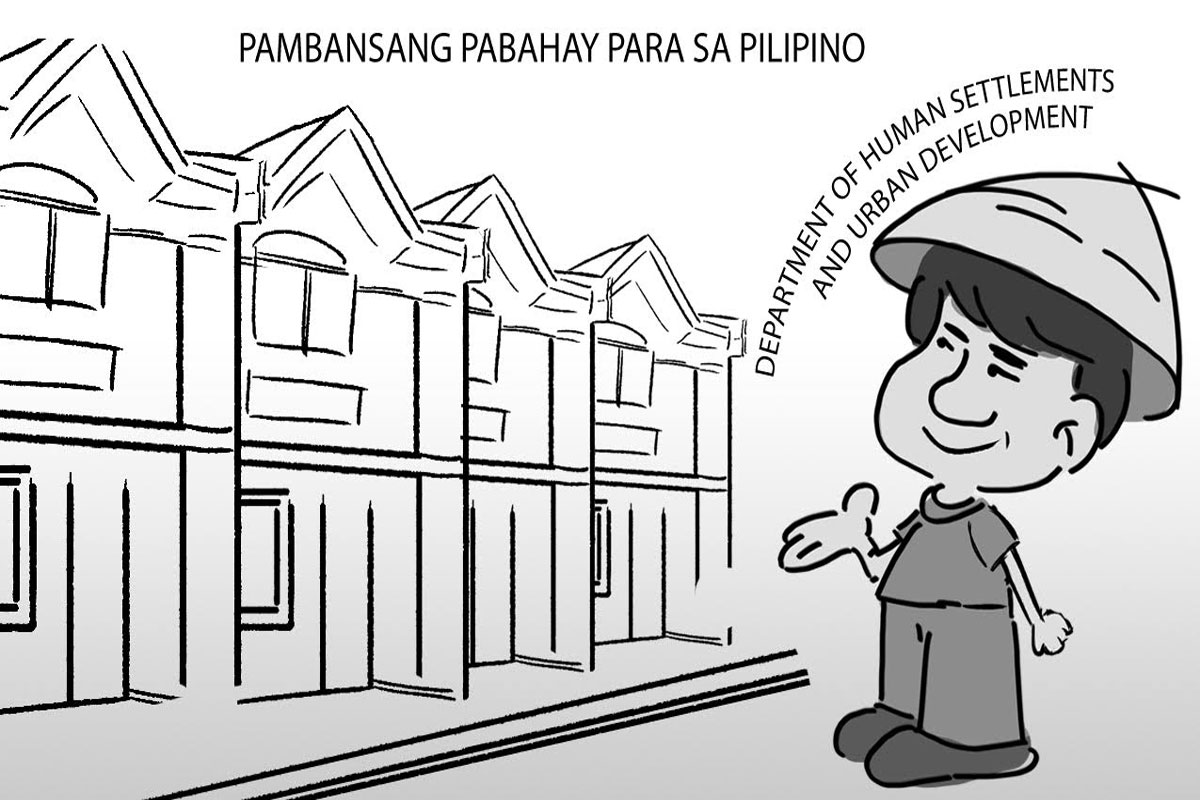 WHAT the people, notably the millions of homeless Filipinos, want is for the Marcos administration to address the increasing backlog of dwelling units across the country.

Homelessness, along with poverty, rising prices of goods and services, food insecurity, and unemployment, is one of the major problems that President Marcos faces.

Of course, it is the presence of unscrupulous traders, who jack up the prices of construction materials, like cement, that the government authorities must guard against.

In fact, many Filipino families not only in Metropolitan Manila but throughout the country find it impossible to construct their own houses because of grinding poverty.

That’s why the public commends the Marcos government, through the Department of Human Settlements and Urban Development (DHSUD), for launching its housing project.

Dubbed the “Pambansang Pabahay Para Sa Pilipino,” the government’s national housing program calls for the construction of six million housing units from 2022 to 2028.

The program is in line with President Marcos aim of addressing the nation’s housing backlog by providing a decent and sustainable shelter to one million families a year.

Last September 22 (Thursday), DHSUD and the Quezon City government signed a memorandum of understandingh (MOU) for a housing project in Quezon City.

Without doubt, we are in for more housing problems If the Filipino people fail to support the housing program of the Marcos presidency, which ends on June 30, 2028.