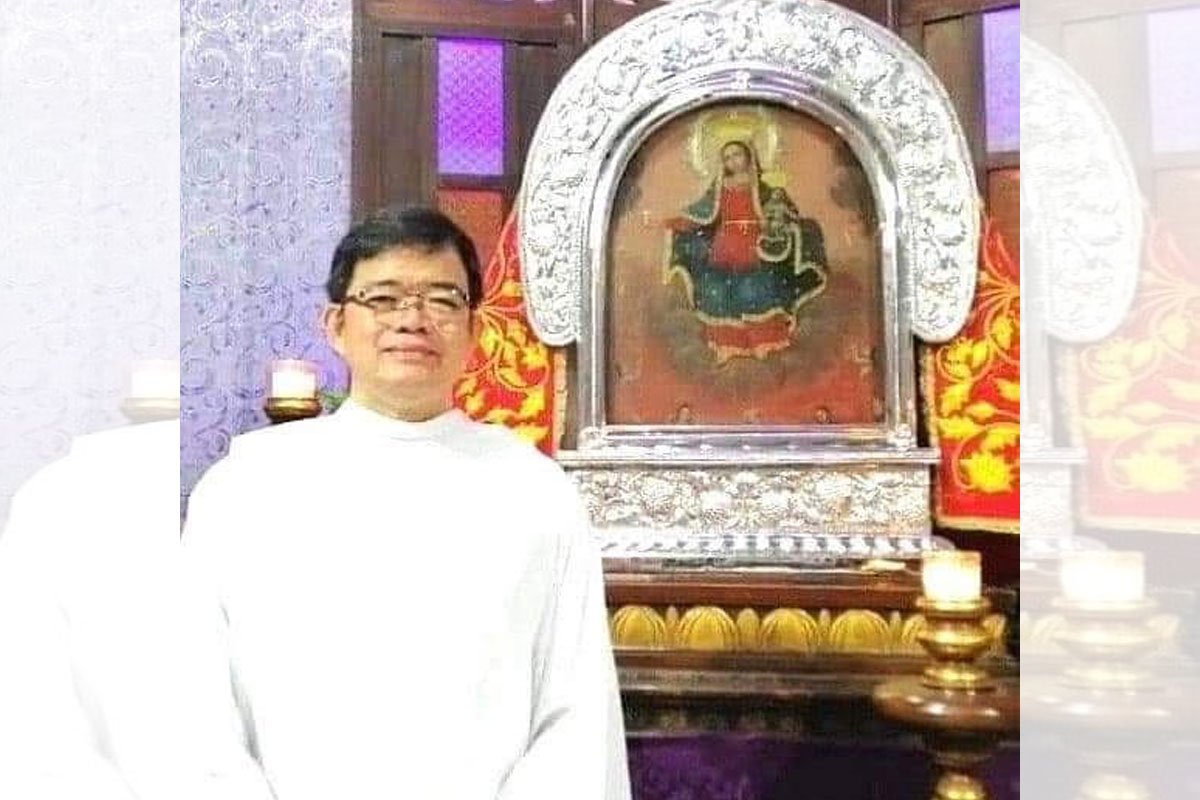 ROSARIO, Cavite – A priest reported missing on Saturday was found hand-tied inside his vehicle in Silang, Cavite, Sunday noon, April 3, 2022.

The priest, identified as Fr. Leoben Peregrino, 59, of Elizaville, Corregidor, General Trias City was seen inside his vehicle in the vacant lot by residents of Bgy. Lumil, Silang alive, wearing the same clothes he wore when he left the parish on April 1.

Upon checking, they saw the priest inside the vehicle sitting in the back seat and tied to the driver seat’s headrest.

The priest, who is said to be in a “state of shock” and taken to the hospital, has not yet spoken to the police.

Silang Police officials contacted Rosario authorities for an investigation into the incident.

Fr. Peregrino was reported the other day missing, according to his brother Joel Peregrino’s post on social media.

The priest left the convent of Holy Rosary Parish in Poblacion, Rosario, Cavite, on April 1, 2022, around 9:30 am, and was seen at Petron Gasoline station in Bgy. Tejero then on Robinson’s Place GenTri around 10 to 10:30 a.m., wearing a violet shirt and “maong” (jeans) pants.

The white Mitsubishi Adventure he was driving was last seen passing through Bgy. Santiago, General Trias City on April 1, 2022, at around 10:51 a.m., based on CCTV (closed-circuit television) camera footage of the said barangay.

Fr. Peregrino is in his sixth year as the parish priest of Holy Rosary Church.