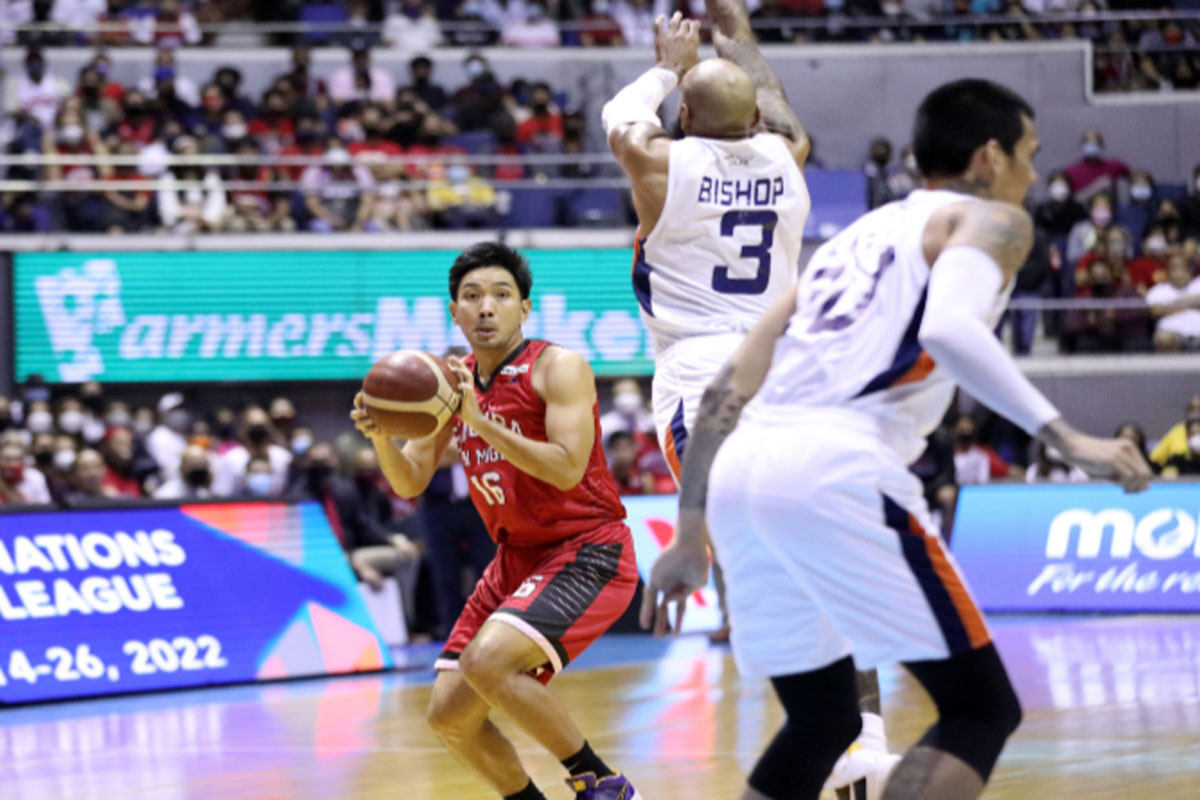 Jeff Chan of Barangay Ginebra will be a marked man in Game 6. PBA photo
Basketball,

BARANGAY Ginebra hopes to do tonight what it failed to do last Wednesday: Celebrate and raise championship banner No. 14.

Wednesday’s all-important Game 6 of the PBA Governors Cup was postponed after fire broke out at the Smart Araneta Coliseum only a few hours before the scheduled 6 p.m. tipoff and spoiled what could have been the Gin Kings’ coronation night.

Ginebra coach Tim Cone and import Justin Brownlee now hope the party can finally get started when Game 6 against dangerous Meralco is finally played today at a different venue — Mall of Asia Arena in Pasay City.

Two days of extra rest — and practice — could fuel the Gin Kings’ desire to finish off the Bolts and win it all during the 6 p.m. encounter.

But the two-day break could also give the Bolts and coach Norman Black the momentum they need to even up the best-of-seven series and send it to a deciding game now scheduled at the Philippine Arena in Bulacan.

“There should be fresh legs all around for both teams. (And that) should make Game 6 more interesting,” said Cone,who is hoping to capture his league-best 24th championship.

Cone, one of only four coaches to win a PBA grandslam, is hoping to duplicate Ginebra’s 2016 PBA Governors Cup success against Meralco.

Led by Brownlee, Ginebra also bounced back from 1-2 deficit to win the next three games and the championship against the Bolts.

Black and the Bolts also welcomed the two-day break since this will give his players, especially Chris Banchero, enough time to rest.

“It’s out of our control,” said Black, who is hoping for production from Banchero after averaging only 4.4 points per game in the first five games.

Banchero is still nursing an upper body injury that he suffered during their semifinal series against Magnolia.

“In fairness to him (Banchero), he is playing hurt. I’m more grateful that he is out there on the court giving it a try,” said Black.

Meanwhile, the PBA announced that the 55,000-seater Philippine Arena in Bocaue, Bulacan will be the venue should the title series go to a deciding seventh game.

A record 54,086 fans witnessed the championship game between Ginebra and Meralco in the 2017 Governors’ Cup at the Philippine Arena on Oct. 27.