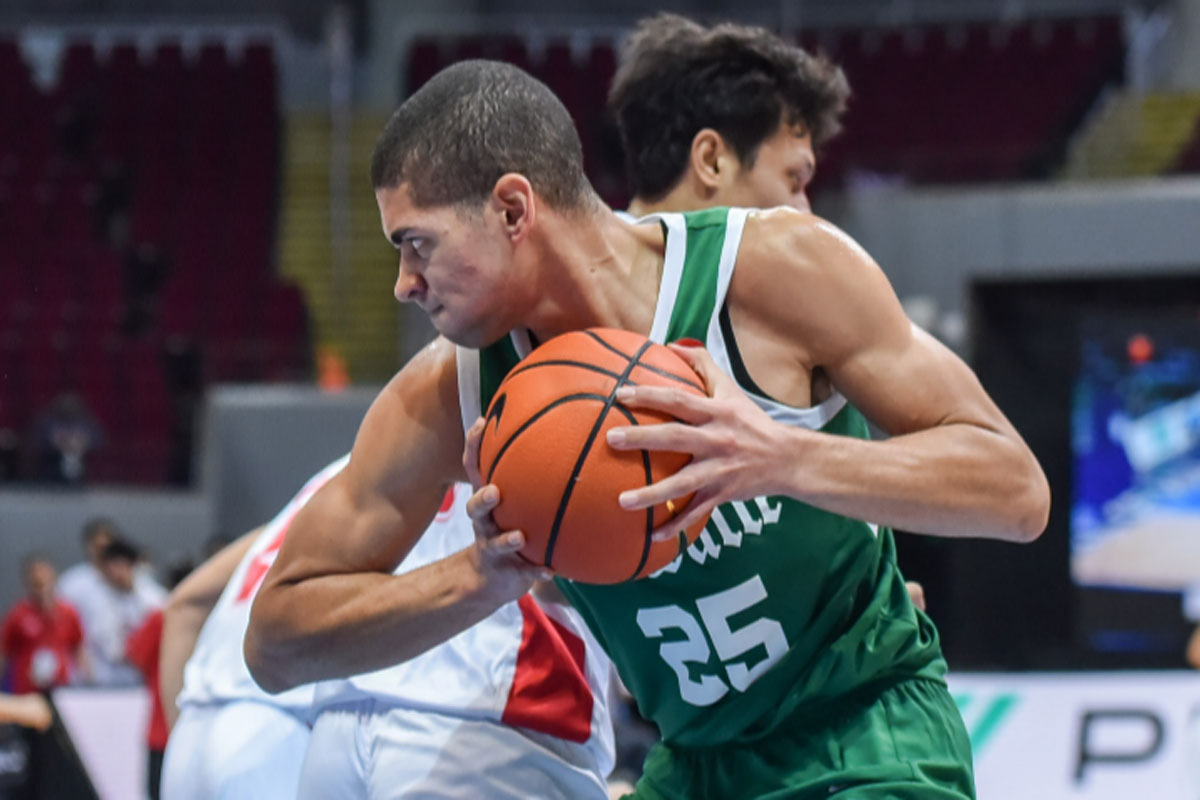 Now handling future stars Mike Phillips and Justine Baltazar in his second tour of duty with the Green Archers, Pumaren was simply at awe with the performance of his bigs Thursday night.

Phillips and Baltazar combined for a whooping 48 rebounds as La Salle kept University of the Philippines within reach in the race for the No. 2 ranking in the Final Four with a 85-82 overtime win over surprisingly tough University of the East.

“You know, in my more than 30 years of coaching, this is the first time na nagkaroon ako ng two players getting more than 20 rebounds in a game. That’s one for the books, I must say,” said Pumaren.

“These two kept us in the game. They kept getting the rebounds that we needed,” he added.

Phillips grabbed 26 rebounds, the most by any player since Ateneo center Ange Kouame pulled down 27 boards in a 82-62 win over Far Eastern University on Oct. 20, 2018. Baltazar, for his part, hauled down 22 caroms.

“I’m happy that I have these two guys and as I’ve said, it’s one for the books yung nakita ko ngayon. 26 and 22 rebounds, that’s something wala pa ata nakagawa nun dito,” said Pumaren.

As the Archers press their bid for a Final Four return after missing the bus in the last two seasons, Baltazar and Phillips will be marked men in the middle when they play the Fighting Maroons at 4:30 p.m. today at the Mall of Asia Arena.

Sitting in third spot at 7-3, La Salle trails UP (8-2) by a full game in the race for the second twice-to-beat slot in the Final Four.

Coach Goldwin Monteverde says his biggest concern right now is the Maroons’ consistency in every game.

“We need to work on that,” said Monteverde after UP bowed to Adamson, 58-66, that ended a remarkable eight-game winning run.

The Maroons have just one thing in mind – take the loss, learn from it and on to the next one which is the Archers.

“Siyempre, we have to be ready for La Salle right now, lalo na yung La Salle is parang their game is feeling ko going up. But napag-usapan naman yan before na we’re in the kind of season na wala ka naman panahon para to feel bad,” Monteverde said.

In other Saturday match-ups, the four-peat seeking Blue Eagles shoot for their 11th consecutive win against skidding National University at 12:30 p.m., right after the resurgent Falcons play fast-fading University of Santo Tomas at 10 a.m.

The Tamaraws and the Red Warriors collide in the nightcap at 7 p.m.

Adamson, FEU and NU are locked in a three-way tie for fourth place at 4-6, a game ahead of UST, which has a 3-7 card in seventh spot.

UE, winless in 10 contests, will miss the Final Four for the 11th consecutive season, the current longest drought in the league.