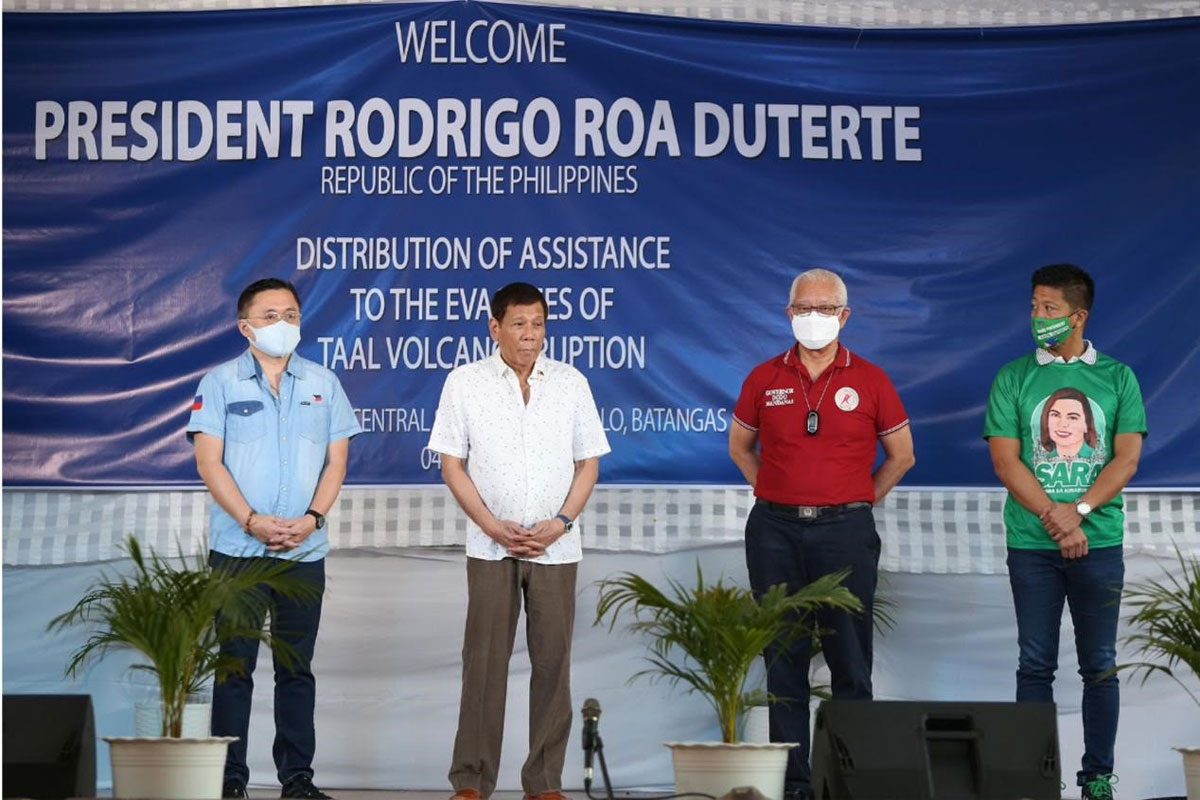 It is one of three evacuation sites built in the province which is “strategically located” outside the danger zone of Taal Volcano.

The project was implemented under the BALAI (Building Adequate, Livable, Affordable and Inclusive Filipino Communities) Assistance Program of the Department of Human Settlements and Urban Development (DHSUD).

After the site inspection in Mataas Na Kahoy, President Duterte sailed to the town of Agoncillo to take the lead in providing assistance to families and individuals who have fled due to the resurgence of Taal Volcano activity.