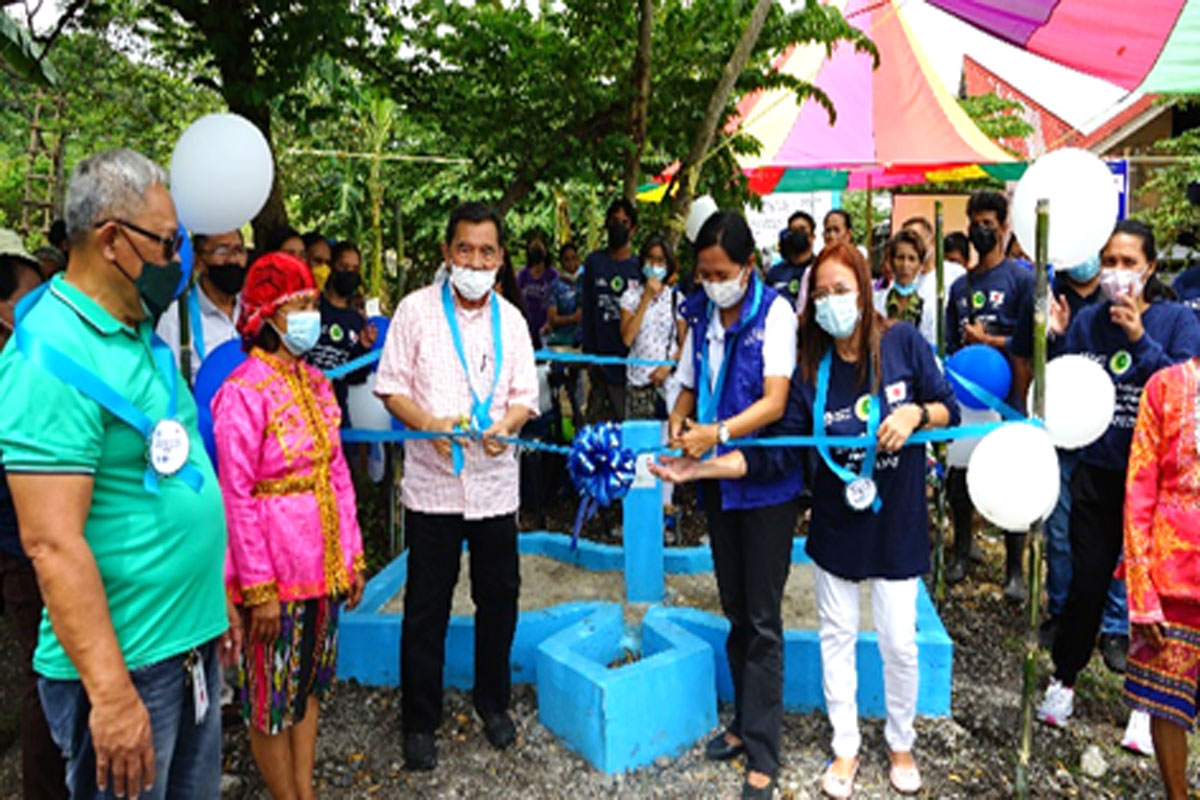 The sub-project in Tenorio also includes a treatment facility and four tap stands. Around 70 households with cross composites of mostly indigenous families, retired military staff, and civilians will benefit from this water infrastructure.

The event marked the completion of all 11 water sub-projects committed in Mindanao, culminating in the three-year partnership between Japan and the ILO.

Ambassador Koshikawa cited that despite the challenges brought by the pandemic, what matters is the immeasurable and lasting impact of the project on the people.

The project provided not only potable water but also a decent source of income during the pandemic.

“This may be the last of our 11 water system sub-projects with the ILO, but the assistance of the people of Japan to the Bangsamoro region will not end here. We are determined to keep our active contributions going until we see a very peaceful and progressive region that the Bangsamoro people truly deserve,” he concluded.

This initiative, funded by the People of Japan, is under the ILO-Japan Water and Sanitation Project, signed on March 6, 2019.

Since 1974, Japan has a longstanding cooperation with the ILO. In the Philippines, Japan has supported several ILO projects on disaster response, sustainable livelihood, peace and security, and local economic development.

Drug den operator, 3 others nabbed in Subic raid
May 23, 2022 Bernard Galang
SHOW ALL