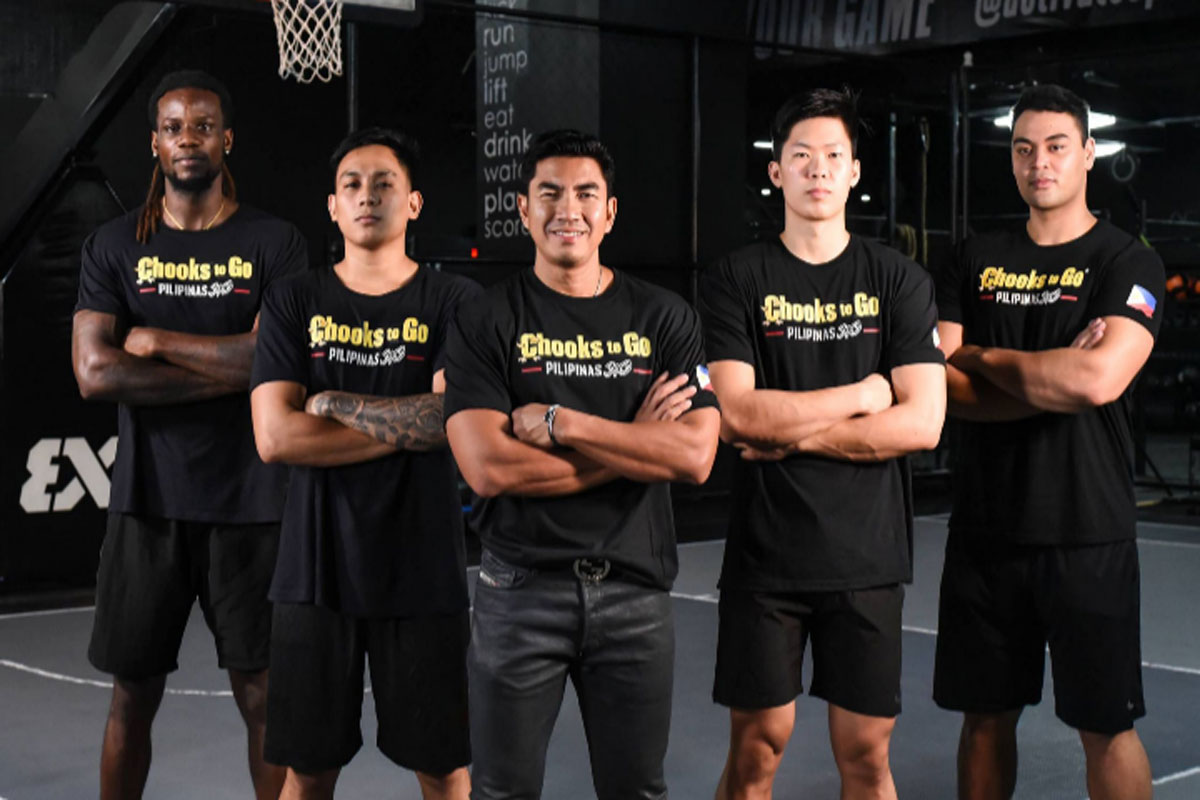 CHOOKS-to-Go Pilipinas 3×3 has made the decision to turn the 2022 Chooks-to-Go FIBA 3×3 Asia Pacific Super Quest into a one-day event which will still take place on Saturday, April 30 at Ayala Malls Solenad’s Activity Center in Sta. Rosa, Laguna.

Initially, the Super Quest, the second-ever held in the country, was supposed to be a two-day event featuring 12 teams from the Southeast Asian region.

However, Vietnam’s SEA Games Organizing Committee is strictly enforcing a closed bubble setup for the biennial meet. It forced the national 3×3 teams from the region to back out of the tournament.

“We understand the strict health and safety protocols being implemented by the SEA Games Organizing Committee that forced us to re-tinker with the format of the tournament,” said Chooks-to-Go president Ronald Mascariñas. “But with the Manila World Tour Masters also next month, we can’t postpone our tournament.

“That is why we invited new teams that will compete in our tournament and re-structure it with the format used by Dubai during its Super Quest last month,” the sportsman continued.

The Philippines will be represented by three teams, headlined by Cebu Chooks.

Also set to compete are Manila and Butuan Chooks.

Defending Asia Pacific Super Quest champion Tokyo Dime of Japan will also fly in. The Japanese are fresh off a sixth-place finish in the 2020 Tokyo Olympics where 3×3 basketball made its debut.

Among the teams to watch out for is Zaisan MMC Energy from Ulaanbaatar, Mongolia which is the 20th best 3×3 team in the world. Mongolia’s top 3×3 squad is a former runner-up in the World Championship and emerged champion of the 2019 FIBA 3×3 Jeju Challenger.

Mongolia, which as a country is 11th in the FIBA 3×3 world rankings, will be sending two teams, the second one being Sansar MMC Energy.

Another entry is the Tangerang team of Indonesia, which recently won the 2022 ASEAN Basketball League (ABL) 3×3 International Champion’s Cup.

Tangerang, which is aiming to show that its title conquest in Bali was no fluke, will be bannered by naturalized player Jamarr Johnson.

Just like the Dubai Super Quest, the eight teams competing will be separated into two pools with the top two teams advancing to the knockout semifinals on the same day.

Besides a ticket to the Manila Masters, $10,000 awaits the champion while the second placer will bank $5,000.