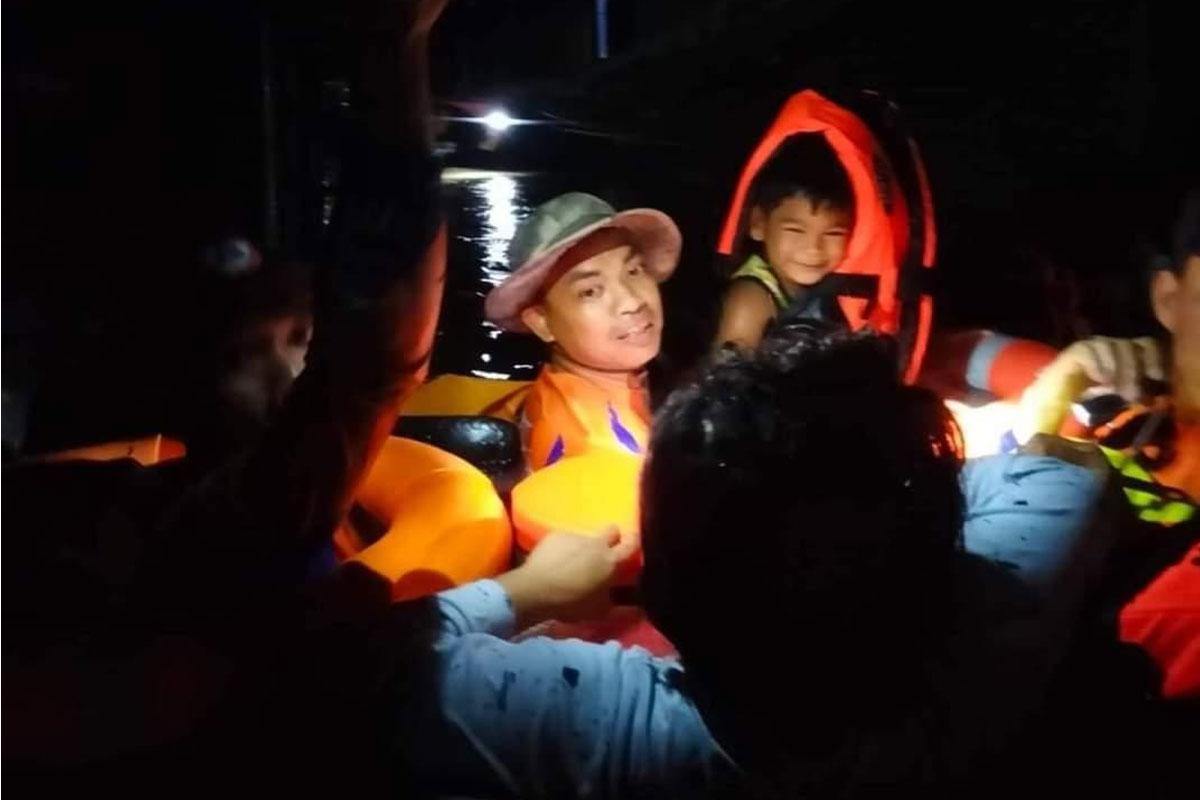 NOVELETA, Cavite – The Philippine Coast Guard (PCG) responded to calls to rescue residents trapped in various barangays in Cavite due to the rapid rise in flood caused by Typhoon Paeng Saturday night, October 29, 2022

PCG prioritized youth and senior citizens who needed to be evacuated. Residents’ pets were also not neglected.

PCG rescuers went to Brgy. San Antonio 1 and San Juan in Noveleta; Brgy. Sapa, and Brgy. Bucana Malaki in Naic; as well as Brgy. Bacao 2 in the General Trias.

A rescue operation was also conducted in Brgy. Amaya I in Tanza; Brgy. Hook Powder; along with Brgy. San Juan, Brgy. Sapang I, Brgy. Poblacion III, and Brgy. Bucana in Ternate, Cavite.

Meanwhile, additional deployable response groups (DRGs) have been sent to Bacoor, Imus, other parts of Kawit, and to Noveleta, Cavite to speed up assistance to residents who need to be transported to a safe place.

Cavite Governor Jonvic Remulla reported on his social media page that the calamity response is nonstop in hard hit areas like Noveleta and Kawit.

About 18,000 families have been evacuated. The others affected have returned home. At least P50 million worth of relief goods are being distributed.

Biggest affected is Noveleta town as four retaining walls of the Ylang Ylang river was collapsed in the midst of the typhoon.

“With the joint efforts of all LGUs, provincial leaders and citizens concerned: Cavite will survive, overcome, and thrive.” Remulla said