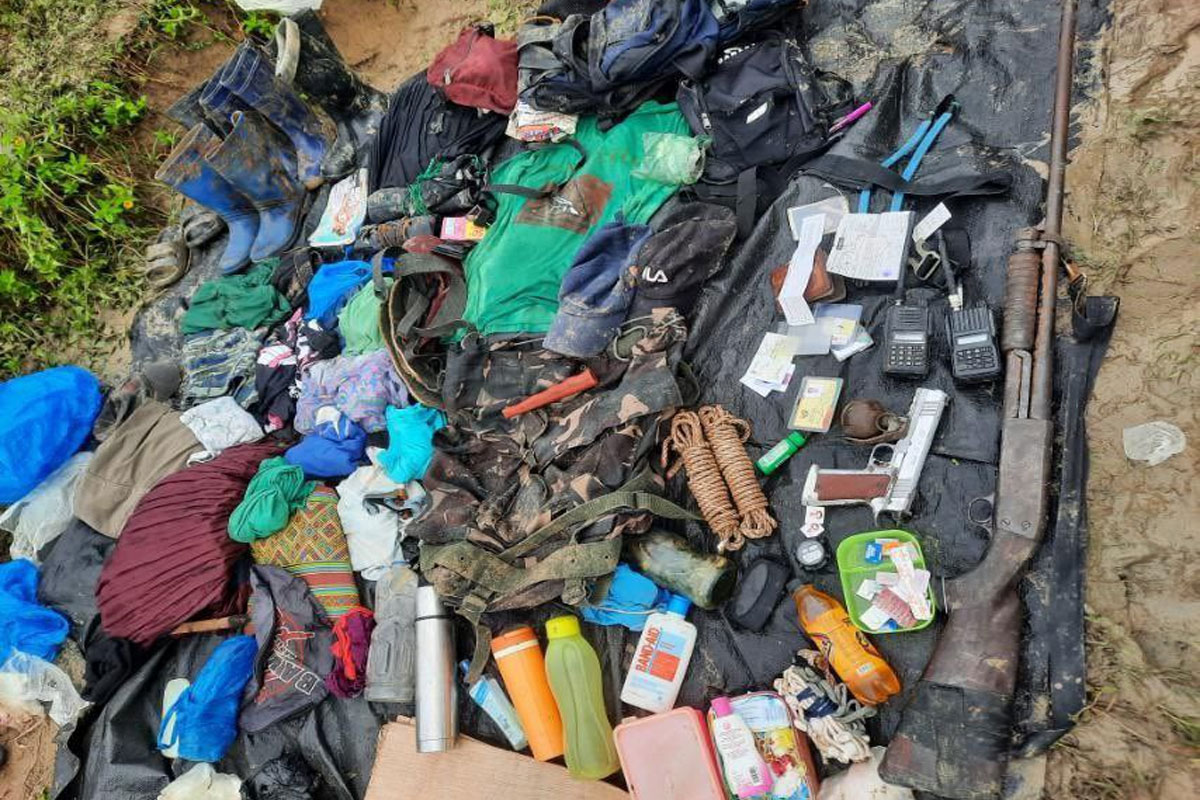 A MEMBER of the New Peoples Army (NPA) was killed in an encounter with government forces on Saturday in Sitio Mambog, Brgy Planas, Guihulngan City, Negros Oriental.

According to LTC Magno M.Mapalad, members of Army’s 62nd Infantry Unifier Battalion received information regarding the alleged extortion activities of the local terrorists in Bgy.Planas while on standby alert to extend humanitarian assistance and disaster response operations to ensure the residents’ safety in Guihulngan City following the onslaught of Tropical Storm Paeng.

A firefight occurred and lasted for about 30 minutes until the enemies fled towards southern direction.

MGen Benedict M Arevalo, 3ID Commander, acknowledged the support of the residents in the area and assured them that the troops would continue to perform its mandate to counter the terroristic activities of the CPP-NPA even amid the devastation of Tropical Storm Paeng.

“We called on the remaining members of the CPP-NPA to surrender peacefully; we will accept you with open arms, especially in these trying times that we are currently facing the dreadful effect of TS Paeng,” MGen Arevalo said.

“You could no longer stay in your lairs because hungriness will push you out, and the people are now starting to give information and cooperate with us. Your fight against our government forces is nearing its end; your movement is now being limited and constricted,” MGen Arevalo added.

NorMin incurs P111.4M worth of damage from Paeng