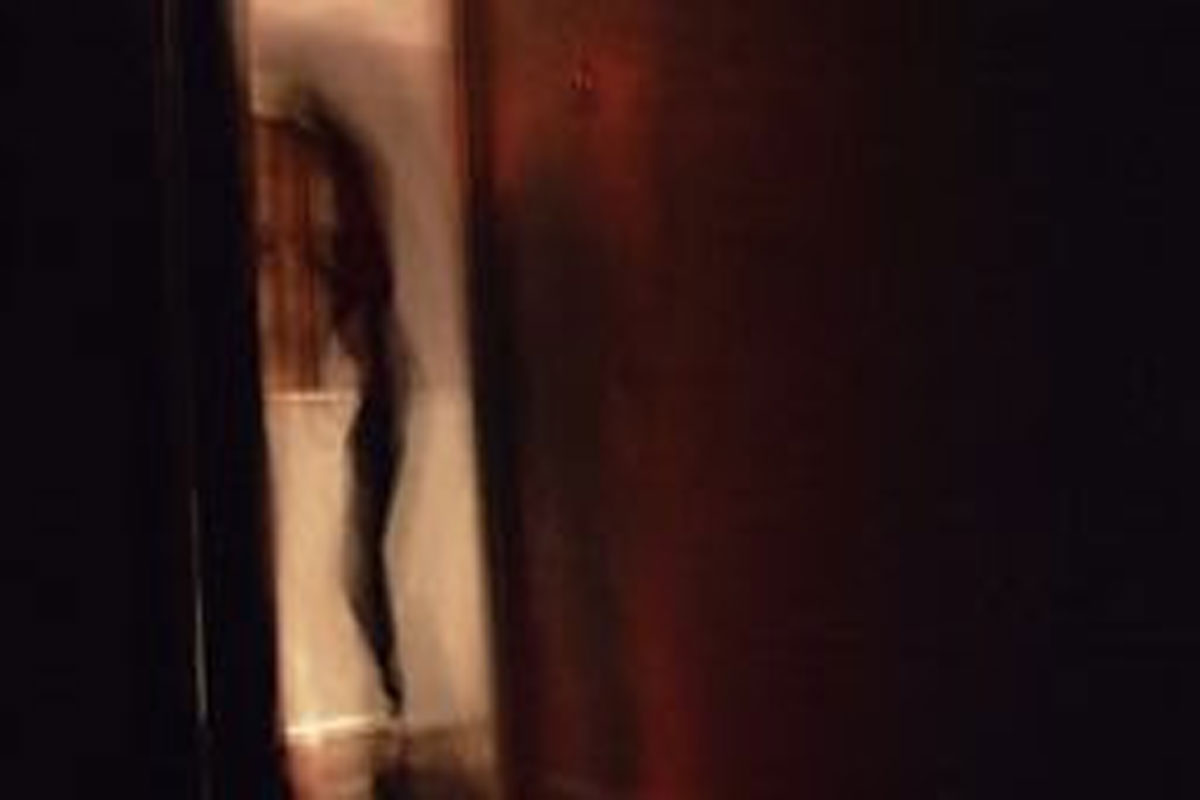 A recent study suggested Britain has more ghosts than any country on Earth apart from America. Whether you believe in the supernatural or not, the UK does seem to have more than its fair share of reported hauntings and we specialise in stories that are truly deeply weird…

In a new BBC Radio 4 podcast series, The Battersea Poltergeist, Danny Robins investigates one of Britain’s strangest hauntings and it led him to root through some of the other odd, creepy ghost stories our country has spawned. Danny argues that though you’ll have your own view on whether these are genuinely paranormal or elaborate hoaxes, they’re fascinating either way – as evidence of inexplicable forces or weird human behaviour.

Do you believe in ghosts? 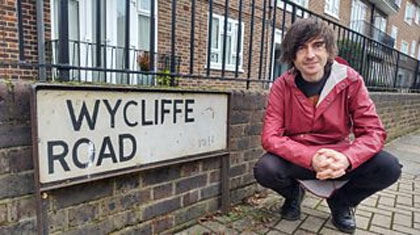 Listen to The Battersea Poltergeist here

The Black Monk of Pontefract

The medieval town of Pontefract is where King Richard II was murdered and you’d expect roaming spirits, but this one stalks the less obviously spooky 30 East Drive, a semi-detached house on a council estate, near a Chinese take-away. In 1968, the Pritchard family spent ten months bombarded by bizarre, violent events, including objects such as paintbrushes, eggs and a crucifix flying through the air, a grandfather clock being chucked down the stairs, and sinister inverted crosses appearing painted on doors.

In a weird modern twist, 30 East Drive in Pontefract has now become a paranormal tourist spot.

Most terrifyingly, mum Jean and teenage son Phillip saw his sister Diane being dragged up the stairs, screaming. The strangest event was when their religious Aunt Maude came to stay. She lost her fur gloves, only to be woken by disembodied ghostly hands wearing them! As she sang “Onward Christian Soldiers” to scare them off – the hands apparently conducted her.

“The Black Monk” idea came from a dark, cowled figure the family claimed to see and reports a medieval monk had been hanged on the site of the house. That turned out to be untrue, but something deeply strange happened that had a profound effect on the family. In a weird modern twist, 30 East Drive has now become a paranormal tourist spot. The current owner rents it out so you can stay overnight and fill your insta-feed with images of shadowy figures lurking on the stairs. 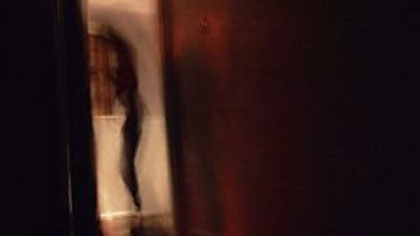 A dark shadowform passes a doorway, said to be a demon at 30 East Drive in Pontefract, UK © Bil Bungay

In 1971, two boys called Colin and Leslie Robson were doing a bit of digging in their garden when they discovered a pair of “stone heads” – each the size of an orange, with faces carved on them.

When they brought their creepy finds into the house, strange things started happening – the heads apparently moved of their own accord and glass bottles and crockery smashed. Scared, the Robsons handed them over to Dr Anne Ross, an academic, who believed the heads to be Celtic pagan artefacts.

The idea that the heads were “evil” or “cursed” took flight when Dr Ross did an interview with the BBC describing how, after handling them, she woke at 2am to find a figure creeping up on her:

“The upper part, I would have said, was a wolf, and the lower part was human.” Yes, that’s right, an (up until then) respected academic said the stone heads had prompted a visit from a werewolf!

In amongst the resulting publicity storm, archaeological experts studied the stones with varying conclusions on whether they were genuinely ancient, until 1978 when the heads disappeared (as in they were lost – they didn’t literally dematerialise). Joking aside, what fascinates me is that the Robson family were convinced by what they’d witnessed and their fear was real enough to make them want to hastily get these stones out of their house. 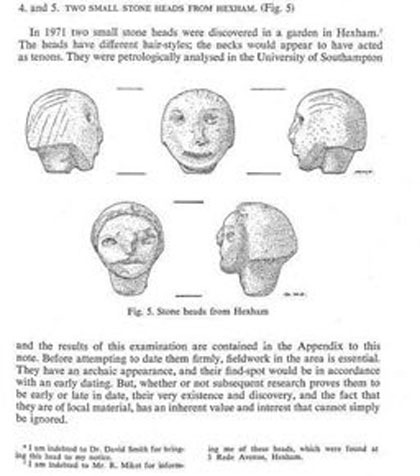 It may sound like a failed Pixar movie pitch, but this was one of the most celebrated hauntings of the 1930s, investigated by the legendary Harry Price – the celebrity ghost hunter of his day. The setting for this case has impeccable ghost-story credentials – an isolated, remote farmhouse called Cashen’s Gap, on the Isle of Man, occupied by the Irving Family. The bizarreness of what follows is perhaps best conveyed by The Sun newspaper’s headline “Evil Talking Mongoose who Haunted and Terrorised Family For Years, Sang Nursery Rhymes and Even Gave out Racing Tips.”

Evil Talking Mongoose who Haunted and Terrorised Family For Years, Sang Nursery Rhymes and Even Gave out Racing Tips.

Jim Irving, his wife Margaret, and 13-year-old daughter Voirrey, had been bothered by scuttling noises in their walls, but when Jim set rat-traps he was instead greeted by a voice, announcing it was Gef (Pronounced “Jeff”), a talking mongoose who sang to them, discussed theology and politics and acted rather creepily around Voirrey, telling Jim, “I’ll follow her wherever you put her.”

Paranormal investigators and journalists flocked to the house (one even claimed Gef had given him those horse-racing tips) and the theories ranged from it being a poltergeist in the form of a mongoose, to a real talking animal, to some remarkable act of ventriloquism by Voirrey. She maintained the haunting was real until her death in 2005 and any hopes of cracking the mystery died with her.

Read: The Curious Case of the Talking Mongoose

The Haunting of Alma Fielding

This is the subject of a brilliant recent book by Kate Summerscale, author of The Suspicions of Mr Whicher. It details the story from 1938 of Alma, a 34-year-old frustrated housewife living in suburban Thornton Heath with an amazing ability to make items “materialise” – white mice would appear from her handbag, beetles would scurry out of her gloves and items of jewellery would suddenly appear on her body. The case was thoroughly investigated by Nandor Fodor, a Hungarian refugee who, along with Harry Price, was one of the celebrated ghost hunters of his day.

White mice would appear from her handbag, beetles would scurry out of her gloves and items of jewellery would suddenly appear on her body.

Fodor became obsessed with proving the phenomena was genuine, subjecting Alma to a series of experiments in front of rapt audiences, where she seemed to materialise objects from thin air, but as his interest grew in psychoanalysis, he became conflicted as to whether Alma was genuinely haunted or if the strange activity was the product of a disturbed mind. He even involved Sigmund Freud in his investigation, and the case caused uproar between believers and sceptics. In a period when psychic mediums attracted huge crowds, Alma presented the possibility of proof that supernatural forces really did exist, but could she be trusted? 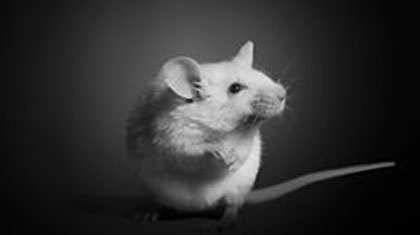 I can’t finish this round-up without including the case I’m investigating for my new podcast series. I find myself wondering if this is the strangest of all these cases (and yes, I know a talking mongoose takes some beating). It’s certainly the one where I find it hardest to spot a possibility the events could have been faked. 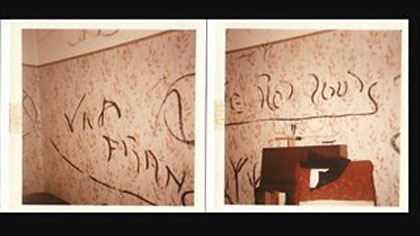 Scrawls on the walls of Number 63 Wycliffe Road, allegedly by the poltergeist. Photo taken by paranormal investigator Harold Chibbett on 20th March 1964.

In 1956, in an ordinary house on a quiet street in Battersea, South London, the Hitchings Family were woken by banging and scratching noises, so loud that the neighbours came round to complain. Things developed from there as multiple witnesses saw flying objects, slippers inexplicably walking around by themselves, unexplained spontaneous fires, and heard disembodied voices.

The family christened the poltergeist ‘Donald’ and it became big news – so big in fact that, at one point, it was even discussed by the Home Secretary in Parliament.

Many of the newspapers painted Donald as the ‘ghost boyfriend’ of the family’s teenage daughter Shirley, and he did seem to have some strange connection with her, communicating first though ghostly knockings on the walls and furniture, but then eventually through eerie handwritten scrawls – sometimes friendly but often deeply menacing… The case is bizarre and thrilling. It lasted an incredibly twelve years and nobody has ever solved the mystery of what happened, but that’s what we hope to do now, through a mixture of documentary and drama, bringing the original haunting to life, I hope you’ll have a listen to hear how the story unfolds and some of our theories on what really happened…

McStay Family Murder Case: Who Killed Them and Why?