Journal News / Mysterties / McStay Family Murder Case: Who Killed Them and Why? 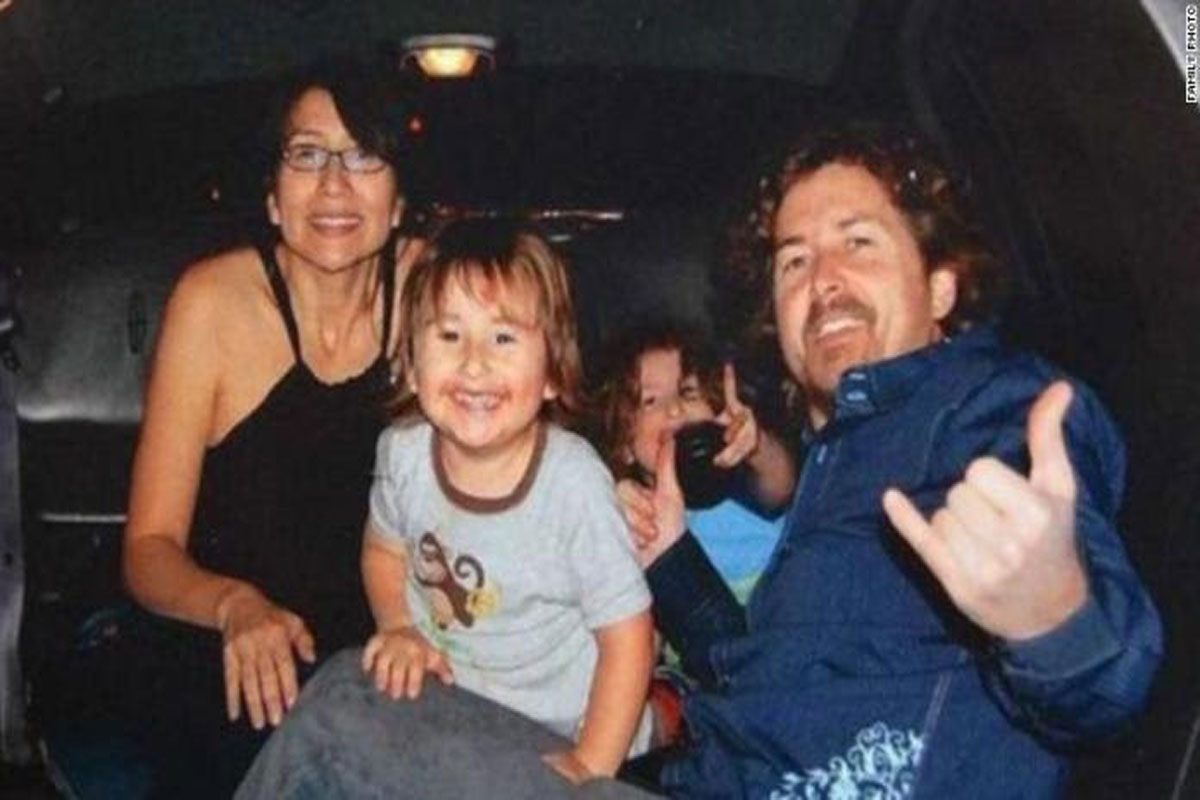 McStay Family Murder Case: Who Killed Them and Why? 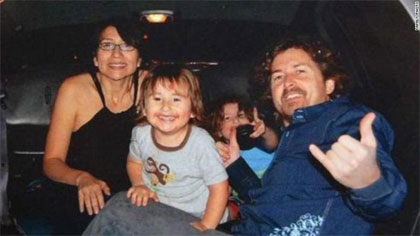 McStay Family Murders: How Did They Die? Who Killed Them? – The killings of the McStay family took place on or around February 4, 2010, when the family vanished from their home in Fallbrook, California; their bodies were discovered in the desert outside Victorville, California, on November 13, 2013. The national news media covered their disappearance extensively.

On November 7, 2014, police stated that they had detained Joseph McStay’s business partner, Charles “Chase” Merritt, and planned to charge him with the killings. The trial in San Bernardino began on January 7, 2019. Merritt was found guilty of murdering the McStay family by a jury on June 10, 2019. On January 21, 2020, he was sentenced to death.

‘Two Shallow Graves,’ a documentary on Investigation Discovery, dives into a case that made national headlines and culminated in the killer being apprehended nearly a decade later. So, shall we investigate what transpired? 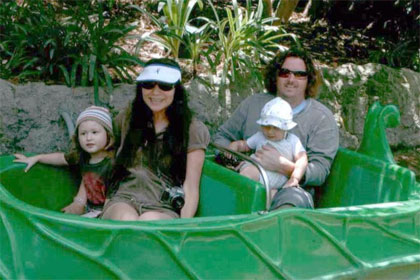 How Did the McStay Family Die?

In 2010, Joseph McStay (40) and his wife Summer (43), along with their kids Gianni (age 4) and Joseph Jr., lived in Fallbrook, California (age 3). Summer was a certified real estate agent, and Joseph owned and ran Earth Inspired Products, a firm that produced decorative fountains. Summer, whose real name was Virginia Lisa Aranda, was also known as Summer Martelli.

A neighbor’s video system captured the bottom eighteen inches of a vehicle, assumed to be the McStay family’s 1996 Isuzu Trooper, on February 4, 2010, at 7:47 p.m. The occupants of the vehicle were not seen in the security footage. A call from Joseph’s cell phone to his business associate Charles “Chase” Merritt went to voicemail at 8:28 p.m. Merritt then admitted to authorities that he ignored the voicemail because he was engrossed in a film. Joseph’s phone rang at a Fallbrook tower.

The McStays’ relatives tried unsuccessfully to contact them during the next few days. On February 13, Joseph’s brother Michael went to the McStay house and, after locating an open window in the back, crawled in and gained admission. Michael found no one in the house, but their two dogs were in the backyard.

Michael called the San Diego County Sheriff’s Department (SDSD) on February 15 to report his brother and his family missing. Officers arrived at the residence and obtained a search order, which was carried out on February 19, 2010. A search of the residence revealed no signs of conflict or foul play, but there were signs of haste: a box of eggs was left in the kitchen, and two child-size bowls of popcorn rested on a sofa.

During their inquiry, authorities discovered that the family’s Trooper had been towed from a strip mall parking lot in San Ysidro, San Diego, near the Mexican border, around 11:00 p.m. on February 8. It was thought to have been parked there between 5:30 and 7:00 p.m. The car’s whereabouts between February 4 and February 8 are unknown.

A motorcyclist discovered four sets of human remains buried in two shallow graves in the desert near Victorville, California, on November 11, 2013. When Joseph’s father, Patrick McStay, learned of the discovery, he called missing person advocate Jerrie Dean to tell her what he knew. Dean wrote on her blog that when she got the call, she had just finished creating a radio show for San Diego station KNSJ, and she asked if she could tell her readers what he had told her.

Two days later, the bodies of Joseph and Summer McStay were officially identified as theirs. The murders were ruled homicides, and investigators in San Bernardino County stated they thought the family died of blunt force trauma inside their house, but refused to detail the circumstances or a reason. 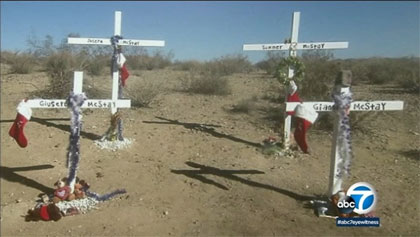 The circumstances surrounding the family’s disappearance, as well as the absence of information concerning their whereabouts, prompted amateur sleuths to speculate. No Goodbyes: The Mysterious Disappearance of the McStay Family was written by radio broadcaster Rick Baker. Baker became interested in the case after interviewing Michael McStay for his show in 2013.

He travelled to Mexico, Belize, Haiti, and the Dominican Republic to conduct dozens of interviews, pursue leads, and report sightings of the family. He speculated in the book that Summer was responsible for the murders. He provided a refund to anyone who purchased his book before November 2013, when the remains were discovered.

Investigators discovered searches on the family’s laptops for “What documentation do children need for moving to Mexico?” and “Spanish language classes,” leading to speculation that the McStays departed freely. Police studied CCTV footage of the pedestrian entrance into Mexico because their car was spotted so near to the Mexican border.

A family of four like the McStays was seen crossing the border on video taken on February 8 and released on March 5. On February 19, California police alerted Interpol to the family’s whereabouts. The San Diego Sheriff’s Department said in April 2013 that they believed the McStays went to Mexico voluntarily.

Unconfirmed sightings of the family in Mexico and elsewhere fueled speculation that they were safe and had departed of their own volition. Relatives of the McStays doubted that they would travel to Mexico, claiming that Joseph and Summer had avoided the nation due to previous drug warfare, which put their safety at risk.

Other detractors of the notion pointed out that the McStays had more than $100,000 in bank accounts, had made no withdrawals in preparation for a vacation, and their accounts remained untouched after they vanished. Summer’s passport had expired, according to her sister. Although it is possible to enter Mexico without a passport, a passport is necessary to return to the United States.

Merritt, the last known person to have had touch with Joseph and the first to notice his absence, was also the focus of investigators and the general public. Merritt has felony convictions for burglary and receiving stolen property, according to state records.

In 2001, he was convicted of stealing $32,000 worth of welding and drilling equipment from Monrovia, California-based San Gabriel Valley Ornamental Iron Works. “I think police should check into him and everyone linked with him,” a Merritt acquaintance told a San Diego reporter.

Merritt admitted in 2013 that the day the McStay family went missing, he spent more than an hour with Joseph. Merritt, who was supposedly the last person Joseph called from his cell phone, also claimed that he had passed a polygraph test and that he had no information that could help solve the family’s disappearance mystery.

Joseph’s father, Patrick, when questioned if he thought Merritt was a suspect, responded, “I need to believe in Chase because I need to believe in my son. I believe [Joseph] had faith in Chase and trusted him. Is it possible that Chase is involved? I don’t believe so, and I sincerely hope so.”

Summer had rage difficulties, and Joseph had been ill for some time with an unknown condition, according to Merritt, who claimed he might write a book about the family in January 2014.

Summer’s family confirmed that Joseph was suffering from an inexplicable sickness and that she was protective of her spouse, but they denied Merritt’s claim that she was to blame for his illness.

“I really feel she loved my son,” Patrick remarked.

Who Killed the McStay Family 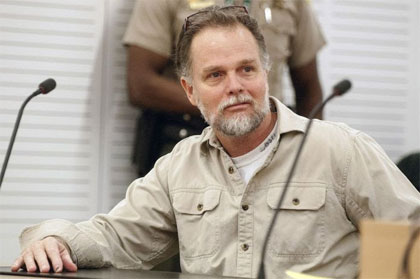 Who Killed the McStay Family and Why?

Charles “Chase” Merritt was arrested in connection with the deaths of the McStay family on November 5, 2014, after detectives from the San Bernardino County Sheriff’s Department discovered his DNA in their car. On November 7, 2014, his arrest was announced. Merritt was accused with four charges of murder, and the prosecutor requested the death penalty. Merritt’s defence attorney submitted a motion to dismiss the case in July 2015, citing the prosecution’s phrasing when the charges were filed.

Autopsies revealed that all four victims had been battered to death with a blunt object, according to arrest warrant affidavits filed in the case, and police suspected the murder weapon was a 3-pound sledgehammer discovered in the grave containing Summer and her kid. Investigators testified that the victims were tortured before to their deaths.

Merritt had a gambling issue, according to prosecutors, and killed the McStay family for financial gain. They claimed that in the days following the family’s murder, he issued checks totaling more than $21,000 on Joseph’s business account, and then went on a gambling binge at local casinos, losing thousands of dollars. Merritt’s trial was postponed because he had dismissed or sought to represent himself on several occasions. He had gone through five attorneys as of February 2016. A trial-setting meeting was scheduled for February 23 in January 2018.

On April 7, 2018, Merritt’s lawyer filed a motion in San Bernardino Superior Court, claiming that Joseph’s business and accounting documents were hearsay and so inadmissible. The case was set to go to trial in July 2018 on May 4, 2018. On January 7, 2019, the trial began in a San Bernardino courtroom, with both parties presenting opening remarks.

Merritt was found guilty of murdering the McStay family by a San Bernardino County jury on June 10, 2019. The jury recommended Merritt’s death sentence on June 24. Merritt was condemned to death on January 21, 2020, after the court upheld the jury’s decision.