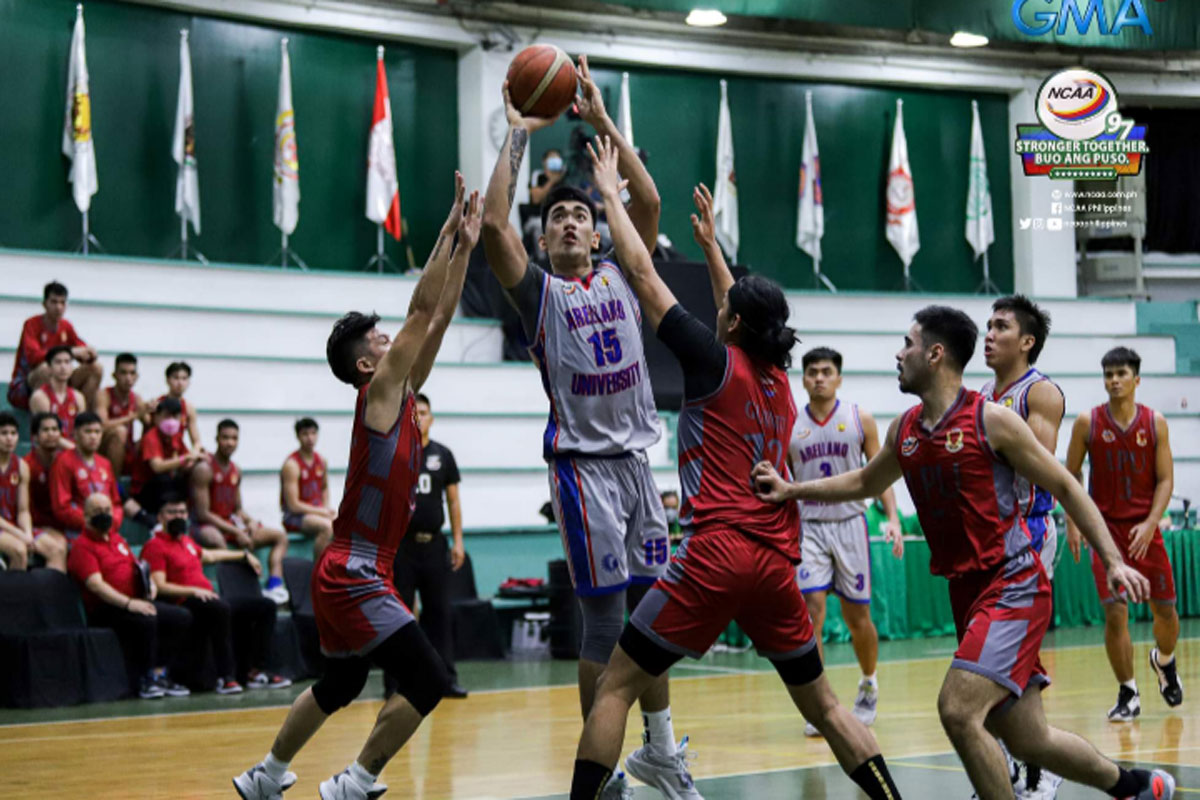 Arellano’s Justin Arana grabbed 24 rebounds – the most by any player since 2016 – but his efforts went for naught as LPU prevailed to stay in the NCAA men’s basketball play-in hunt yesterday
Basketball,

COLLEGE of Saint Benilde broke away from a close game in the payoff period to beat San Sebastian, 71-62, to keep its slim hopes alive of making it to the Final Four outright in the NCAA men’s basketball tournament at the La Salle Greenhills yesterday.

Will Gozum had 18 points including an undergoal stab that gave the Blazers the biggest lead of the game at 68-57, with 1:34 remaining.

Logging its fifth win in eight games, CSB’s fate of gaining an automatic Final Four slot is not entirely on its hands. Victories by co-leaders San Beda and Letran, both unbeaten in six matches, sporting today will relegate this season’s host to the play-in stage.

The Red Lions will play Mapua at 12 noon, while the Knights take on Jose Rizal University at 3 p.m.

“It”s nice to have to win but of course we can’t celebrate because we still have to play San Beda,” said coach Charles Tiu, as the Blazers wrap up their elimination round stint against the Lions on Tuesday.

Earlier, Enzo Navarro took charge in the payoff period as Lyceum of the Philippines University carved out a 70-66 win over Arellano University to keep its hopes alive of making it to the play-in round.

The Stags, who drew 25 points and 10 rebounds from JM Calma, suffered their fifth loss in eight games in sixth spot.

Tying their victims and idle University of Perpetual Help System Dalta at 2-5 in seventh place, the Pirates are just half-a-game away in the race for the last play-in berth.

Teams ranked from third to sixth after the single-round eliminations will make it to the play-in stage to determine the two other Final Four qualifiers.

LPU’s rebuilding process has been rough this season considering it lost the core that made it to three consecutive Final Four stints including Finals appearances in 2017 and 2018.

The Chiefs’ loss negated Justin Arana’s fifth double-double of the season. The graduating slotman scored 17 points and pulled down 24 rebounds, the most by any player since Allwell Oraeme grabbed 25 boards in Mapua’s 90-75 win over LPU on August 23, 2016.

Navarro scattered all of his 10 points in the final period. His go-ahead triple gave the Pirates a 66-64 lead with 2:24 remaining.

Arellano forced the game’s final deadlock at 66-66 via a Arana lay-up with 46.3 seconds left.

Navarro scored a lay-up to restore LPU’s two-point advantage when Gelo Sablan bungled two foul shots in the final 8.3 seconds that would gave tied the game for the Legarda-based dribblers.

The Pirates then sealed the deal with Navarro nailing two charities off a Maui Cruz unsportsmanlike foul with 4.9 seconds left.

“He is one of our generals, so kumbaga binigay na namin sa kanya yung game,” said coach Gilbert Malabanan on Navarro.

Valdez came through with 17 points and five rebounds while McLaude Guadaña chipped in 12 markers, four boards and two assists for LPU.