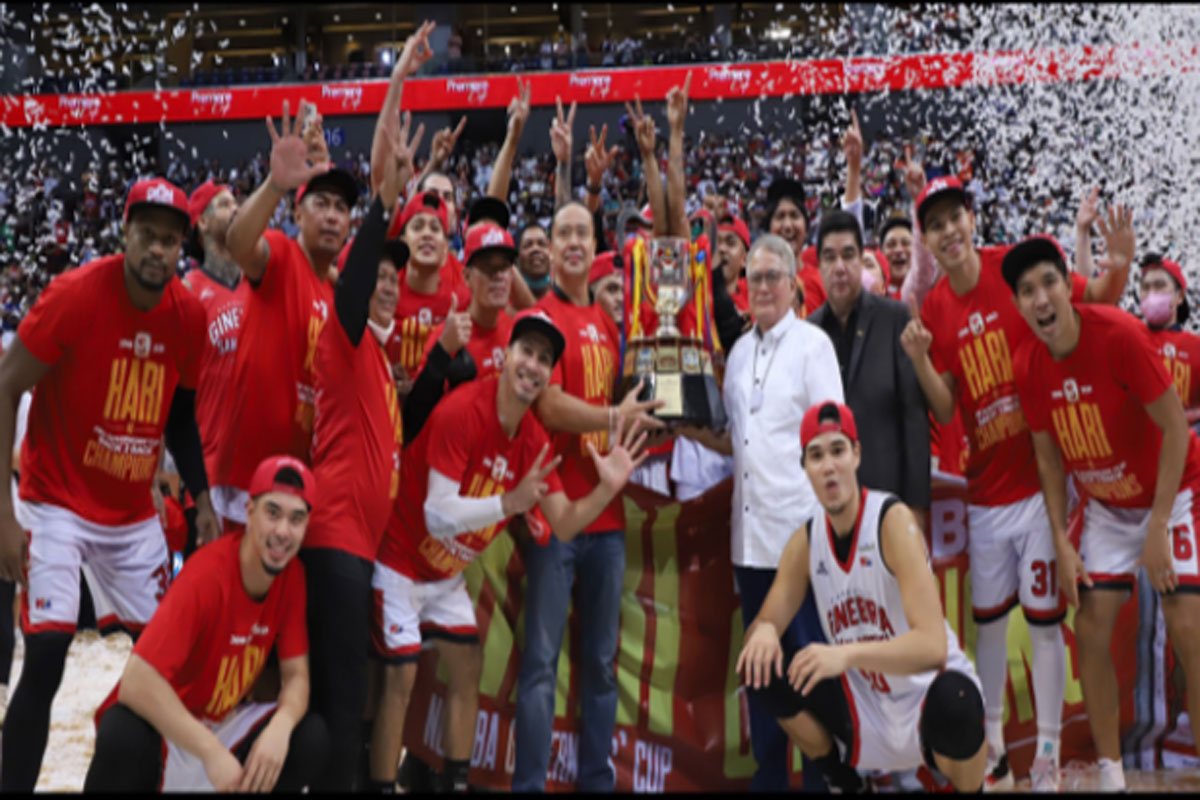 BARANGAY Ginebra did it again.

The Gin Kings completed another storybook finish by beating arch-rival Meralco, 103-92, and winning the PBA Governors Cup before a huge crowd of 20, 224 at the Mall of Asia Arena in Pasay City.

The Gin Kings finished off the Bolts, 4-2, in the scheduled best-of-seven championship series.

They did it by winning three straight games against the Bolts after falling behind 1-2 in the series.

It was the 14th championship for Ginebra, including four Governors’ Cup crowns — all against Meralco — in the last five editions of this import-flavored conference.

Overall, Ginebra moved into a tie for second place with Alaska and Magnolia with 14 titles, behind only San Miguel Beer’s 27.

“I am so honored to be a part of the Ginebra family,” said Cone, who thanked team officials, players and the fans for their newest triumph.

The “Fearsome Foursome” of Justin Brownlee, LA Tenorio, Christian Standhardinger and Scottie Thompson again stood at the helm of the Gin Kings’ big triumph infront of the pre-dominantly Ginebra crowd.

Brownlee, the “Best Import” of the conference, finished with 24 points and 16 rebounds in winning his fifth PBA championship.

Brownlee was limited to only two points in the first half before coming back strong in the next two periods. He had 17 points in the third quarter alone.

Tenorio, who was later named as “Best Player of the Game”, saved his best for last as he topscored with a conference-high 30 points.

But Cone reserved his biggest praise to Brownlee.

“The difference between us and them is Justin Brownlee. If Justin was on the other side, who knows what would’ve happened,” said Cone after the game.

“I hope we’ve brought joy pagkatapos ng pandemic. I hope there will be more to come,” added Cone.