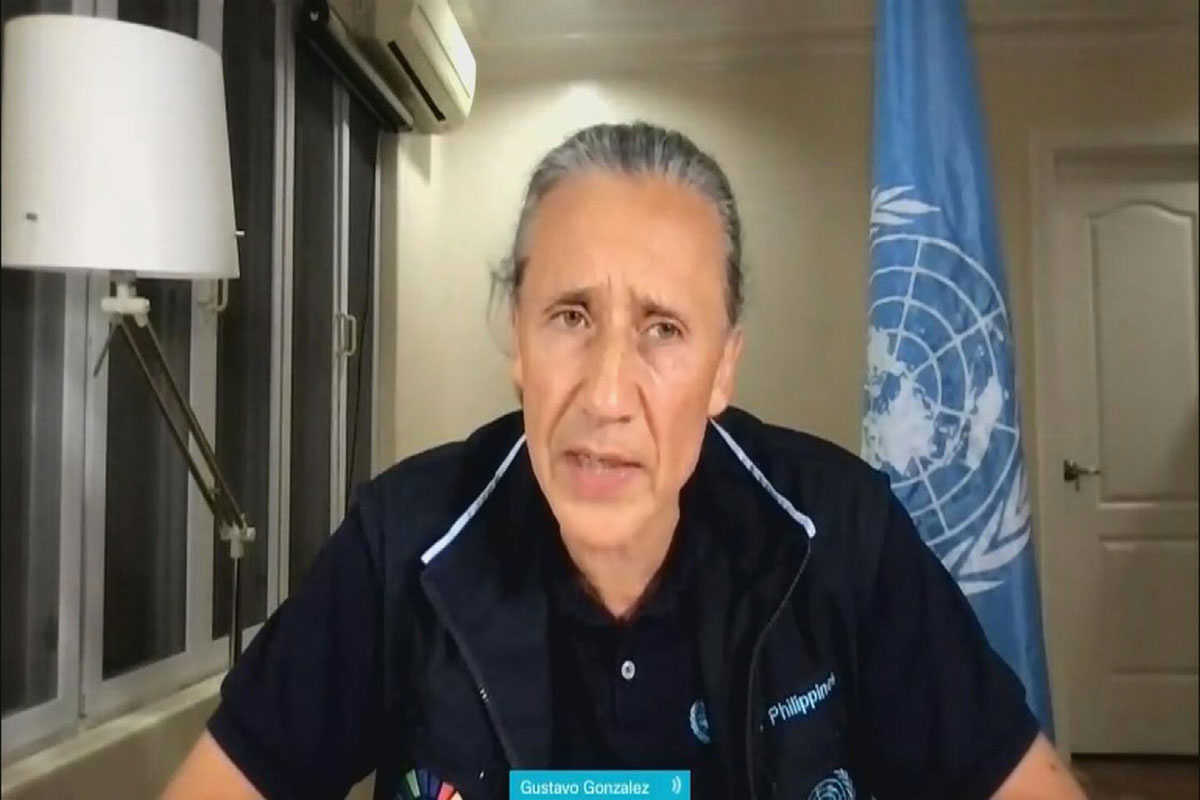 ALTHOUGH he has yet to confirm his attendance at the scheduled United Nations (UN) General Assembly this September, incoming President Ferdinand “Bongbong” Marcos on Friday expressed the importance of the event and his desire to meet with other world leaders.

This developed as UN Resident Coordinator to the Philippines Gustavo Gonzalez discussed with him the preparations for this year’s UN General Assembly in New York, USA.

If he decides to go, Marcos will meet other heads of state from all over the world for the first time.

In a press briefing after his private meeting with Marcos, Gonzalez told reporters that the general assembly will focus on the impact of COVID-19 on the world.

“We had the opportunity to start discussing the preparation of the United Nations General Assembly, you know that this will take place in September, and during this general assembly, we will have to transform it into an education summit,” he said.

“It is an opportunity to discuss the impact of the COVID-19 on the education system,” Gonzalez also told reporters.

“This UN General Assembly meeting will be the first time that the President-elect Ferdinand Marcos Jr. will be in front of an important number of heads of state, so this is a great and I think a historic opportunity for the president and the Philippines to share the new vision, the new challenges but at the same time the new opportunities,” he continued.

Marcos, for his part, told Gonzalez that “it would be very important to attend and represent the Philippines in the General Assembly and meet with other world leaders.”

Apart from Gonzalez, Ambassador of Sweden to the Philippines Annika Thunborg, Ambassador of Holy See Charles Brown, and Ambassador of Ireland William Carlos also met with Marcos separately during a series of meetings at the BBM headquarters in Mandaluyong Friday morning.

Gonzalez that he discussed three main points of the UN human rights, peace, and development with Marcos.

“President Ferdinand Marcos Jr. confirmed his commitment, he even shared that he is conducting a number of consultations to ensure the best way of supporting the human rights, so this is quite encouraging as I’ve mentioned, we will reiterate the support of the United Nations to human rights,” Gonzalez added.

The two also tackled climate change and the impact of natural disasters.

For her part, Sweden Ambassador Thunborg said they discussed “building back better and greener, more resilient places sustainably and inclusively in light of the global crisis, the pandemic, Russia’s aggression against Ukraine, the climate crisis, the socio-economic hardship that the world faces.”

“I said that we do hope that the socio-economic and financial reforms that have been put in place during the current government, will continue, with the incoming government, it’s very important, for the socio-economic development of the country and the collaboration on the economic or financial basis as you know many Swedish companies have arrived in the Philippines, IKEA, H and M, client service companies, that employ many people, TransCom employing 10,000 people in the Philippines,” Thunberg said.

Last Tuesday, Jorge Moragas, Ambassador of Spain to the Philippines, Ambassador Mohammed Rida El Fassi of Morocco, and German Ambassador Anke Reiffenstuel were also received by Marcos separately during a series of meetings at the BBM headquarters in Mandaluyong.

Last Monday, Marcos also met with ambassadors from Italy and ASEAN countries, during which they discussed expanded cooperation between the Philippines and their respective countries.

The ambassadors also relayed congratulatory messages of their heads of state on his victory and affirmed their interest in improving bilateral and diplomatic relations with the Philippines.