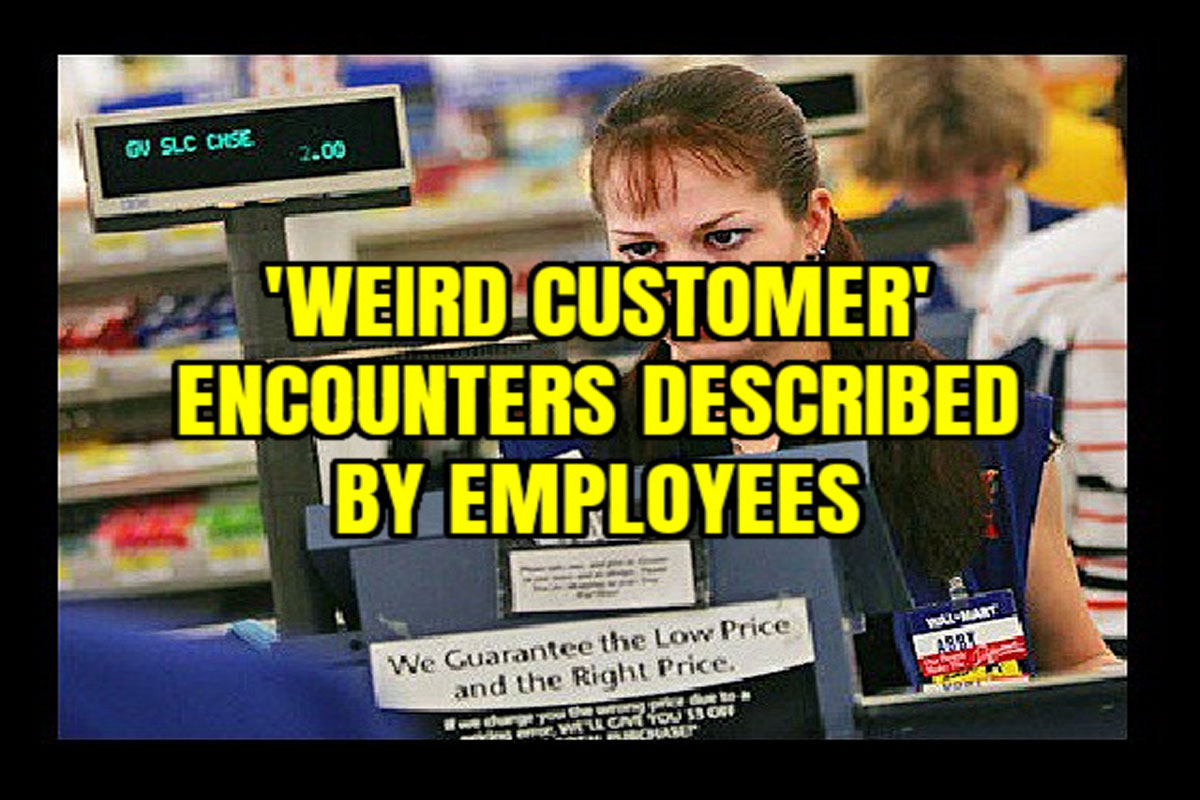 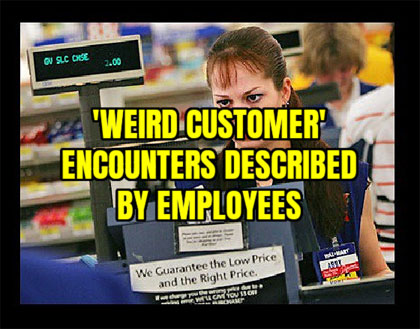 I came across the following unusual accounts:

“This happened about six years ago, but has strongly stuck with me. The setting is a Starbucks in a US college town off of an incredibly major highway, between noon and 3 pm.

I was running the drive through by myself, taking orders over the speaker and serving customers at the window. Business had slowed down for the afternoon, so I was able to work at a comfortable pace for once.

I took a car’s order, just two Grande coffees. Nothing remarkable, just a perfectly normal and non-irritating interaction. The car pulled up to the window and when I opened it to greet them I got the absolute weirdest feeling.

They were pleasant enough. Not chatty, but not being short with me either. The two men in the car looked like the typical middle-aged white businessmen that come through my drive-thru all the time. Their faces were incredibly generic and nondescript.

To my best friend and coworker over the headset I said, “Hey, I swear these guys at the window aren’t human. They’re like the most generic NPC-looking people I’ve ever seen, like I can’t even describe them they look so *nothing.* I rung them out, go hand out their coffees and see if you’re still laughing at me!”

She rolled her eyes, of course, and went to hand out the coffees. Afterward she agreed that there was something seriously off about those two men. We couldn’t quite pinpoint it, aside from them and their car being so nondescript we couldn’t even describe them minutes later.

They kind of reminded me of Men in Black, except they seemed to function perfectly fine as humans. I would’ve thought I was just having a weird day if my friend (who misses no opportunity to roast me) hadn’t seen them and agreed with me that they didn’t feel human.

So is this a thing? I’m not sure if I chose the right flair. I get pretty deep into supernatural rabbit holes and don’t know what they could be or a possible explanation besides “boring looking guys gave me the heebie-jeebies.” CK

“I used to work at a Dollar General a long time ago and there was couple (woman and man) who would come in once a month, ask where the soap was (it was always in the same place, it never moved), buy one bar of soap, and leave. They never bought anything else. We nicknamed them “Boris and Natasha” because they looked like those characters from Rocky and Bullwinkle. Pale, the man was bald, the woman had black hair cut sort of like Edna Mode, and they seemed to have Russian accents.

But the creepiest customer was a white dude with blonde hair in a buzz cut with big glasses in a grey hoodie who looked like every police sketch of a serial killer you ever saw. He would buy a few things (like a bunch of little boxes of raisins and random stuff) and he was always polite to us. But he gave everyone who worked there the CREEPS and we never knew why.” S

“I used to work security at a major music venue. Part of your job in the pit is to scan the crowd, make sure no one is fighting, passing out, etc. One evening, just as the sun was going down and the opening act was on stage I noticed two really strange dudes. The show playing pulled a crowd of mostly 16-mid 20-year-olds, very young, energetic crowd.

These guys were about a foot taller than everyone around them, looked like they were pushing 40 and were there to serve court papers. They both had the same suit on, in the middle of summer, at an outdoor music venue. They both had almost bald heads, like if you had shaved, but let it grow back for a week and super pale skin, like ACTUALLY white. They stood there completely motionless, off of stage left staring straight forward. I kept watching them, thinking maybe they were executives for the band or something, but honestly they were freaking me out and I had nothing better to do.

After I stood there staring at them for maybe 5 minutes, it was like they noticed I was on to them. They both started staring directly at me. I could even “feel” their stares when I looked away. I approached another guard and asked him if he thought those dudes looked suspicious. He said, “yea, but I never trust a white guy in a suit” and blew me off. When I turned back to the two men, they were walking away and appeared to be in stride together, like moving in sync. They also had a weird stride, like almost rocking side to side.

Well, later when I was taking a water break, I heard my supervisor talking about “those two tall white guys in suits.” I told her I noticed them too and she went on about how creepy they were and how they gave her the willies. She said she was about to approach them, but when she came back with some backup, they had left.” CH

“I was working the front desk at a dispensary in downtown San Francisco while in college. Not too far from the federal building or the UN building. We would get tourists / travelers from all over the world stopping in to check out the dispensary often.

I was sitting up front checking people in, we were slow and I was sitting there on my phone next to the security guard, who was also on his phone. This guy walks in and up to the desk and I look up and immediately felt something off. He looked like he was wearing a flesh suit, his skin was almost transparent. His eyes were huge and his forehead was really large. He was tall and muscular but also long and lean at the same time.

The part that solidified it for me was that his ID was an identification card from the UN. I checked a lot of IDs at that job and never saw one like that again. The security guard next to me verified that it was real.

His mannerisms were off and the way he walked and talked seemed like he was someone pretending to be a human. After he walked off, the security guard and I looked at each other immediately and we were both like, “Holy sh*t, that dudes an alien.”

When I’ve tried to look up his ID type online after the fact. I couldn’t find anything.” O