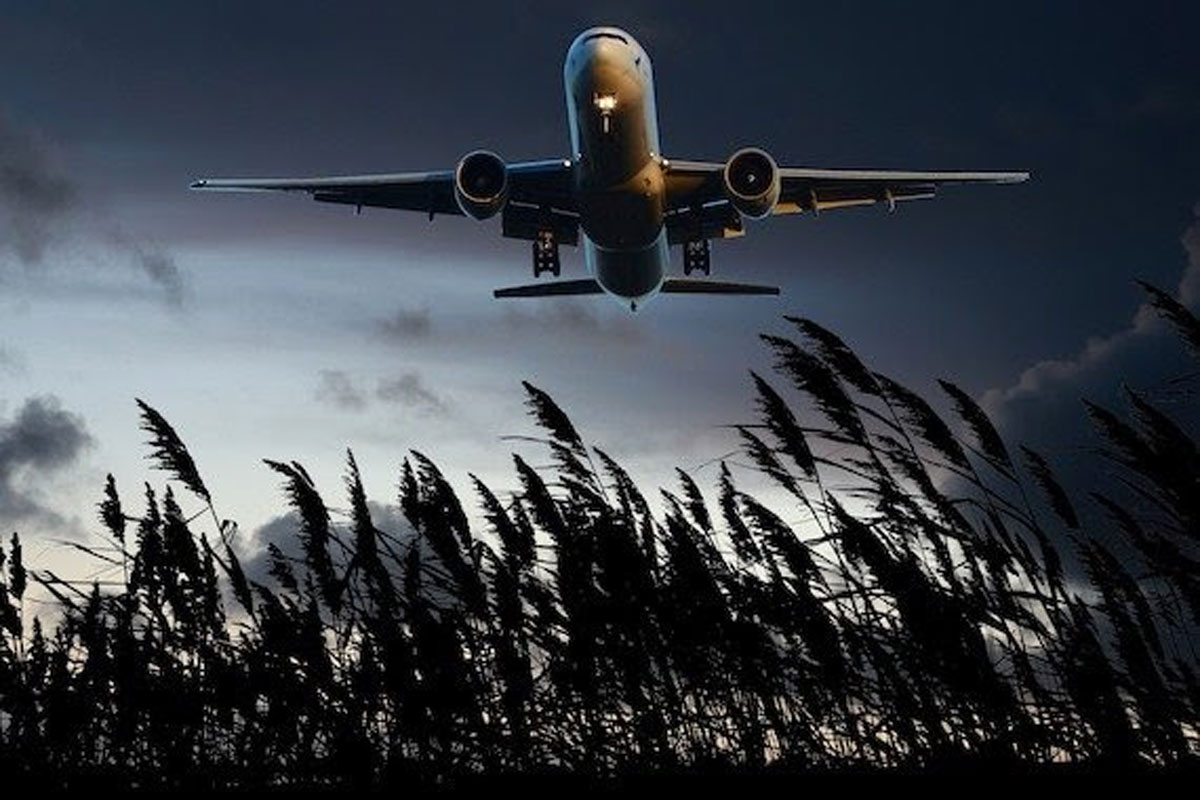 We live in a dangerous world, where disaster and calamity can strike us at any time. We can never know when our time is up, or when death is going to come knocking at the door, and it usually feels as if it is totally out of our control. Typically it is, but yet there have on many occasions been this who have defied the odds to escape what should have been certain doom with no rational explanation as to how they have done it. These are the people held up as true miracles, those who have seemed to have survived through seemingly miraculous and anomalous means. One area of such survivors is that of those who have been involved in tragic aviation disasters, coming out as the only person alive in what should have been a fiery doom, and stoking the imagination as to just why this should be.

One of the more amazing tales of someone surviving a mid-air disaster is the case of Serbian flight attendant Vesna Vulović. On January 26, 1972 she was working aboard JAT Flight 367, which departed with 28 passengers and crew from Copenhagen Airport, in Denmark, at 3:15 p.m. on its way to Belgrade. The flight went smoothly at first, but things got harrowing somewhere over the mountains of Czechoslovakia. At approximately 4:01 p.m., the up until then smooth flight was rocked by a thunderous explosion in the baggage compartment, which caused the aircraft to rapidly begin to disintegrate somewhere over the Czechoslovak village of Srbská Kamenice. Luggage and terrified passengers were sucked out and scattered into the wind, but by some stroke of luck, a food cart wedged itself in the DC-9’s fuselage as it broke away from the rest of the aircraft, keeping Vulović inside as the others fell to their deaths. 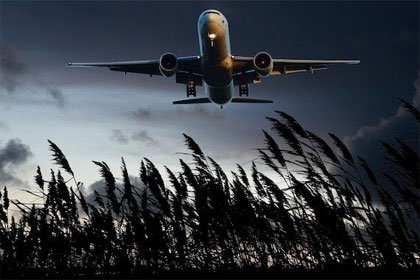 Vulović would then careen 33,000 feet towards the earth, and was later found by a villager who found her bleeding and screaming hysterically amongst the twisted wreckage. Luckily for her, the villager, a man named Bruno Honke, had once been a medic during World War II and managed to keep her alive until she could be taken to a hospital, where it was found that she had suffered broken legs and vertebrae, a fractured skull, and temporary paralysis. She would spend several months in the hospital, with several days spent in a coma, but slowly make a full recovery, the only lingering effect being a slight limp she would keep for the rest of her life. Officials would later speculate that the fuselage, trees, and angle of impact had all helped to cushion the fall, and that Vulović’s low blood pressure had made sure that she had passed out after the cabin depressurized and kept her heart from bursting when she smashed into the earth, but it was still seen as astonishing. No matter what the reasons were, it was seen as a miracle that she had survived, and she still hold the Guinness world record for surviving the longest fall without a parachute. None of the other passengers or crew survived.

Making it all stranger is that Vulović was not even supposed to be on that plane that day, but had rather been assigned the duty when she was mistaken for another flight attendant named Vesna. After her recovery, she remained unafraid of flying, and even after her terrifying ordeal she tried to get her old job back only to be refused. Vulović became a celebrity in Yugoslavia and was deemed a national hero, but she throughout her life shied away from all of the publicity, preferring to live a quiet life in seclusion up until her death in 2016 at the age of 66. The exact cause of the explosion that brought her plane down was never determined, but it is largely thought to have been a luggage bomb planted by Croatian nationalists as a terrorist attack. 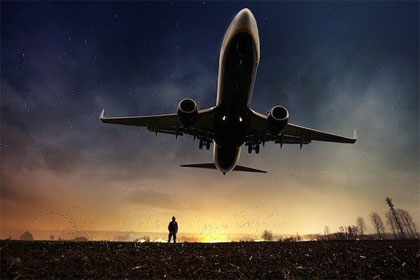 Another miraculous case is that of Bahia Bakari, who was just 13 years old when her and her mother boarded Yemenia Flight 749 on June 30, 2009, on a trip from Paris, France to the Comoros, an island republic off the coast of Mozambique, for a summer vacation to visit family there. They had a smooth flight to their stopover in Sana’a, Yemen, where they boarded Yemenia Flight 626 for the last leg of their journey, and this also went smoothly most of the way, but on approach over the Indian Ocean near the north coast of Grande Comore, Comoros, just minutes from their destination, tragedy would strike when the plane suddenly plummeted into the ocean to spectacularly break apart.

The crash killed 152 of the 153 people aboard, but somehow Bahia was ejected from the plane as it came down and thrown into the sea. Once in the water, Bahia, who had no life vest and did not know how to swim, desperately clutched at floating debris from the plane as night descended and the rough currents and choppy waves threatened to dislodge her. There she would bob along in the darkness overnight for nine hours without food or water and surrounded by a jet fuel slick that often got in her mouth to burn her throat, nose, and stomach, before finally being found by a passenger vessel that just happened to stumble across her. While everyone else aboard had died, Bahia ended up walking away after minor treatment for a broken collarbone, hypothermia, burns to her knees, and bruising. She has since been called “the miracle girl,” and been deemed the survivor of the deadliest sole survivor ocean crash, and the second-deadliest sole survivor crash ever.

She would later go on to write of her experience in a memoir called Moi Bahia, la miraculee, or “I’m Bahia, the miracle girl,” which apparently caught the attention of Stephen Spielberg for a film adaptation but he was denied because Bahia thought it would be “too terrifying.”

If Bahia was the survivor of the second deadliest sole survivor crash ever, then even more incredible is that of the worst ever. On August 16, 1987, Northwest Flight 255 departed from Detroit Metropolitan Airport on its way towards the next leg of its journey towards its final destination of John Wayne Airport in Santa Ana, California, along with six crew members and 149 passengers.

The flight did not get far, when shortly after takeoff it the MD-80 aircraft experienced some kind of problem and began to roll from side to side. The plane’s left wing struck a light pole in an airport rental car lot, after which the wing flew into pieces to send the aircraft to careen out of control, smashing into a building and crashing down into the Detroit suburb of Romulus, killing two people on the ground in the process. 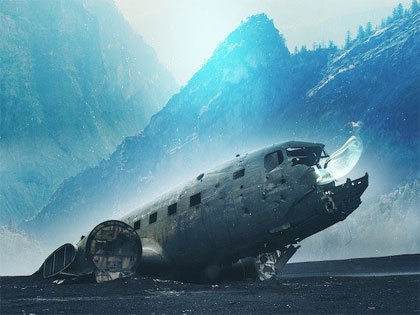 This horrific crash into a residential area threw the city into chaos. The airport immediately shut down and emergency services swarmed over the crash area to find wreckage strewn all around and the remnants of the fuselage a smoldering ruin. The crash had completely disintegrated the plane, rendering it a mass of twisted metal and fragments. When firefighters and paramedics arrived on the scene, they did so to the gruesome site of debris, passenger baggage and dead bodies scattered around, and the crash was so devastating that there was no hope that anyone could have possibly survived. When they went to work investigating the wreckage, they did so more to start removing the smoldering, mangled mass of bodies than out of any expectation of finding survivors, so it was with some surprise that they heard a faint moan coming from somewhere among the charred debris and bodies. Lt. John Thiede, of the Romulus Fire Department, would say:

I was checking three or four passengers, after about the fourth one I saw a chair upside down. I moved the chair to the right and checked the lady underneath, there was no vital signs on her then I saw the arm coming out of the chair.

That arm belonged to 4-year-old Cecelia Cichan, of Tempe, Arizona. She was faced down and still buckled into her seat, the bodies of her mother and father just feet away, and she was still alive. Stunned firefighters then pulled her from the crash site and rushed her to the hospital, where she was treated for severe burns and fractures to her skull, collarbone, and left leg. In the end, it would turn out that out of 155 people on board, miraculously little Cecilia was the only survivor. After she recovered, she would go on to live with her maternal aunt and uncle in Birmingham, Alabama, and for years she did not talk about the incident. It would not be until 2011 that Cecelia, now going by her married name of Cecelia Crocker, would come forward to talk to the media about her experience. What are we dealing with in cases like these? How have these people managed to so completely beat the odds and come out of a horrific disaster that has claimed the lives of everyone else with them? Is this pure chance, luck, a fluke, or is there perhaps something more to it, some hint at a greater mystery of the universe? Who knows? As it stands, these are some very intriguing cases of people who have somehow defied all odds, and who give us hope that perhaps in our very darkest moments all is not lost.