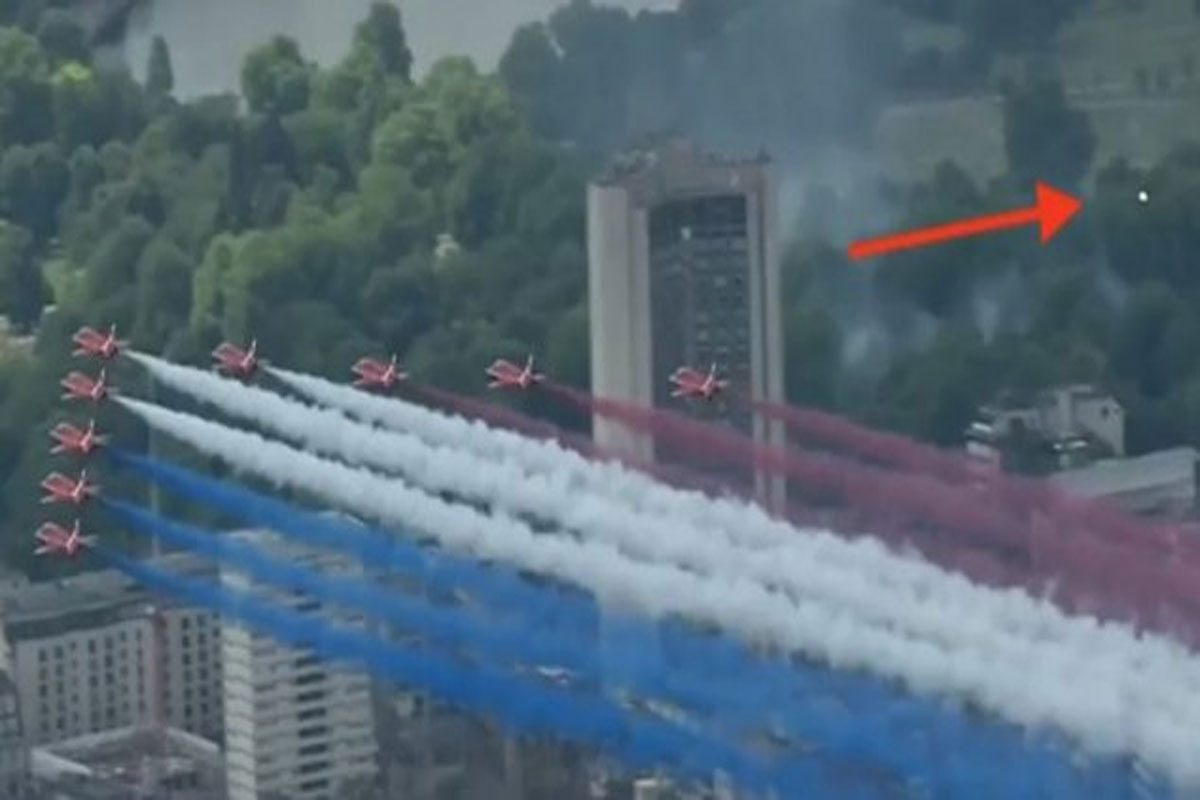 Television viewers watching coverage of Queen Elizabeth II’s Platinum Jubilee festivities were left scratching their heads at the appearance of an inexplicable white orb that mysteriously zipped through the sky over Buckingham Palace. The puzzling UFO sighting reportedly occurred last Thursday as the United Kingdom kicked off its four-day-long celebration of the queen’s 70th year as monarch by way of a ceremonial parade wherein, as part of the event, nine Royal Air Force jets took to the sky and dispersed long streams of red, white, and blue smoke. As the colorful flypast unfolded, many people watching from home found their attention drawn to a peculiar aerial interloper that was apparently not a part of the show.

As seen in the video above, the curious UFO appeared out of nowhere and seemed to flew through the sky across the colored streams of smoke left behind by the Royal aircraft. Attentive TV viewers quickly noted the odd object and a clip showing the mystifying moment spread like wildfire on social media with many wondering what exactly the anomaly might have been. Given the historic nature of the weekend’s events, some have suggested that perhaps the UFO was an alien craft making an appearance over Buckingham Palace as some kind of interstellar salute to the queen’s epic seven decades upon the throne.

Meanwhile, skeptical-minded viewers have, of course, offered a more prosaic explanation for the UFO, suggesting that it was a stationary object that appeared to be moving due to what is known as the parallax effect. Should that be the case, while it is uncertain exactly what the anomaly was, it’s possible that the orb was simply an errant balloon, given the celebratory nature of the event. With that in mind, what’s your take on the proverbial jubilee UFO? Was it a representative from an extraterrestrial race passing over the parade or simply an unidentified festive object