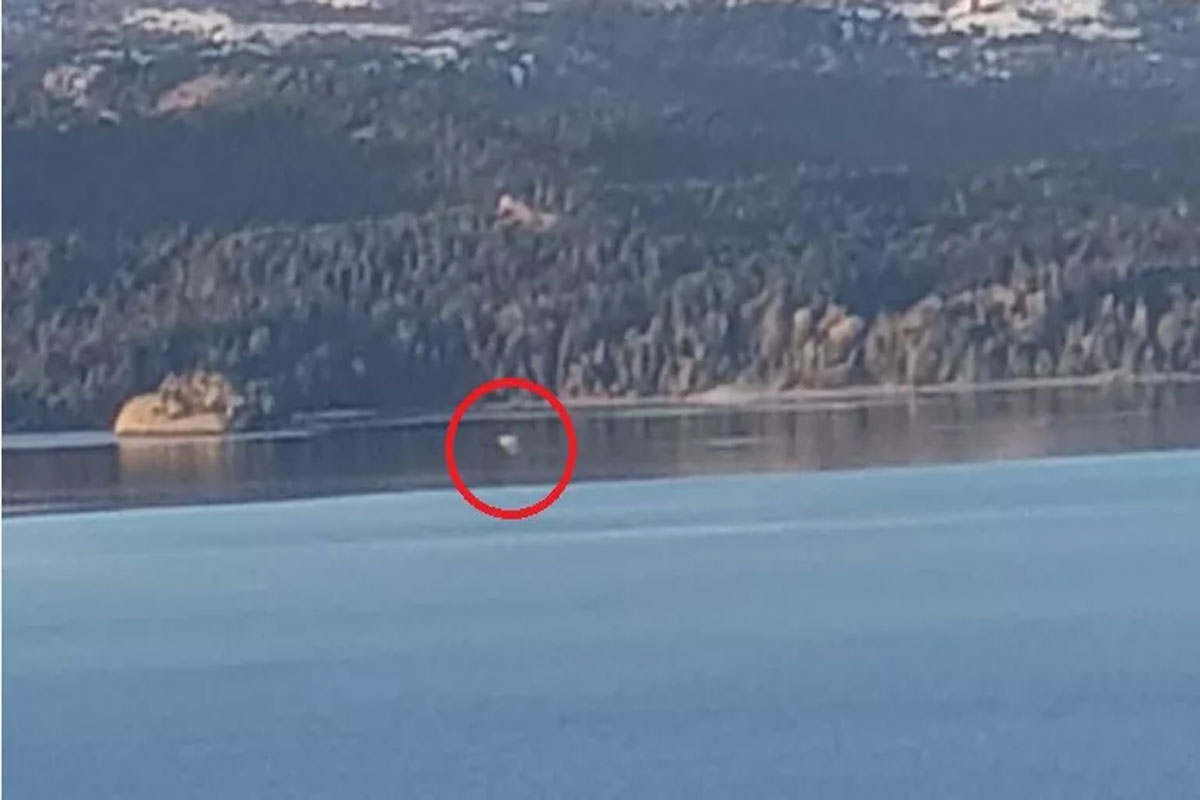 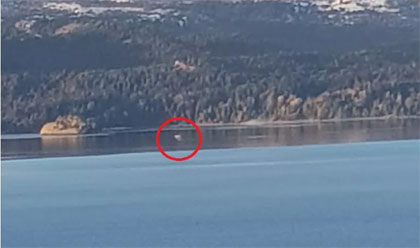 A woman in Argentina captured footage of a curious aquatic anomaly that some suspect could be the Nahuelito, a legendary creature similar to the country’s version of the Loch Ness Monster.

According to a local media report, the intriguing video was filmed last Wednesday by a witness identified as Silvina as she was looking out over Nahuel Huapi Lake from her home in the province of Río Negro. To her surprise, she noticed that something unusual had seemingly broken the surface of the water off in the distance. “From where we are to where the object was, there are about two kilometers,” she recalled, “so we calculated that it was the size of a large boat.”

“It’s not the first time we’ve seen little things,” she explained, “but it’s always difficult to capture them with the phone.” However, on this occasion, Silvina was able to do just that and her video quickly went viral in Argentina with many people marveling that she just may have filmed the Nahuelito. Said to reside in Nahuel Huapi Lake, the mysterious ‘sea monster’ had long been a legend among indigenous people in the area and became something of a sensation in 1922 when witness George Garret told a Canadian newspaper that, while visiting the lake around a decade earlier, he had seen a creature that measured 16 to 23 feet in length and that a portion of the ‘monster’ protruded a staggering six-and-a-half feet out of the water.

His fantastic account spawned headlines around the world and inspired him to launch an expedition in search of the beast. While his pursuit ultimately proved to be futile, the apocryphal creature has become a fixture of Argentine lore ever since. To that end, similar to its counterpart in Scotland, the Nahuelito has made what are believed to be sporadic appearances at Nahuel Huapi Lake over the course of the last century and, on occasion, witnesses like Silvina have managed to photograph or film their tantalizing possible glimpse of the ‘sea monster.’ What do you think emerged from the water last Wednesday in Rio Negro?