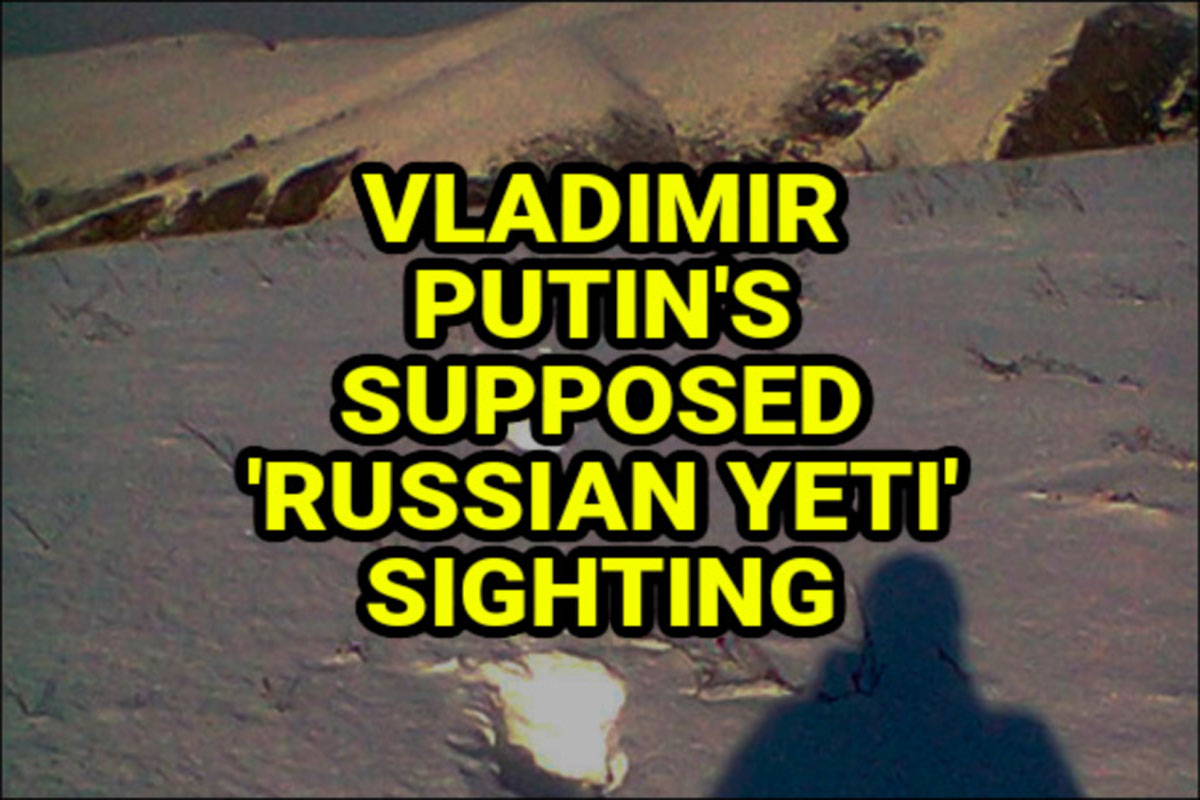 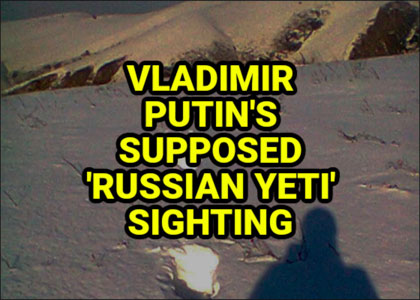 In March 2016, Vladimir Putin and his security people claimed that they had observed 3 Russian Yeti or Almasty while visiting a remote village in Siberia. A bit of cryptid propaganda by the Russian dictator.

“Russian president discovers ‘proof’ that fabled creature exists while on short vacation in the Kemerovo region. Environmental rangers and hunters in remote mountain terrain say the Kremlin leader ‘personally witnessed’ three Yetis while on a recent helicopter trip to a remote location famous for claimed sightings of the Russian Almasty or Wildman as he is known.

The rangers went on to explain ‘He and his entourage saw an adult male yeti and a female and one smaller child Yeti, at a distance of about 150 metres,’ said Dmitry Ivanov, a national park wildlife expert who was with the group at the time.

Dmitry stated ‘At first the creatures stood and just watched us, then they took big strides and went off into the trees. Briefly, they reappeared again as if curious about the presidential group, but then vanished quickly again into the trees and brush. The creatures were covered in thick grey coloured hair and took giant steps, far bigger than a man.’

The sighting is understood to have been confirmed by 64 year old President Putin’s security detachment after they inspected the footprints found in the newly-fallen snow. Pictures of the prints were released later on Friday April 1 by the Kremlin press service, it is understood.

It is unknown if they were taken by prime minister Dmitry Medvedev, a noted photographer, who was on the same trip, according to local newspaper reports in Kemerovo. The Yeti family sighting came on President Putin’s latest wildlife visit to remote regions of Siberia. He was said to be ‘awestruck’ by the sighting. Now scientists from the Siberian Branch of the Russian Academy of Science have been ordered to investigate the discovery, but the Russians will do everything to ‘protect the Yeti in their natural habitat’.

The president is well-known for his exploits to protect Siberian wildlife – including tigers, leopards, polar bears and along with Pacific whales – but if the Yeti ‘find’ is confirmed this will be his most remarkable achievement yet. On one occasion in 2012 he flew in a hang glider over Arctic Siberia in an attempted to teach white cranes to fly south to migrate. Yeti are also known as Big Foot or Abominable Snowmen. Sightings have been made in North America as well as Russia and other areas of Asia over many decades, but sceptics always dismissed the claims. The location of the sensational ‘discovery’ was some 32 kilometres from the Azass Cave, a place where Yeti-believers have previously said there were sightings.

Igor Burtsev, Director of the International Centre of Hominology in Moscow, said: ‘This is extraordinary news. Yeti-deniers will now have to eat their words. We previously found hair from the Yeti in the Azass Cave even if the Americans and British disputed out findings.’ Igor is ofcourse know for his work with the Carter farm bigfoots in the United States and also The Zana skull discovery and DNA study.” – http://siberiantimes.com/other/others/news/vladimir-putin-sights-a-yeti-family-in-remote-siberian-mountains/