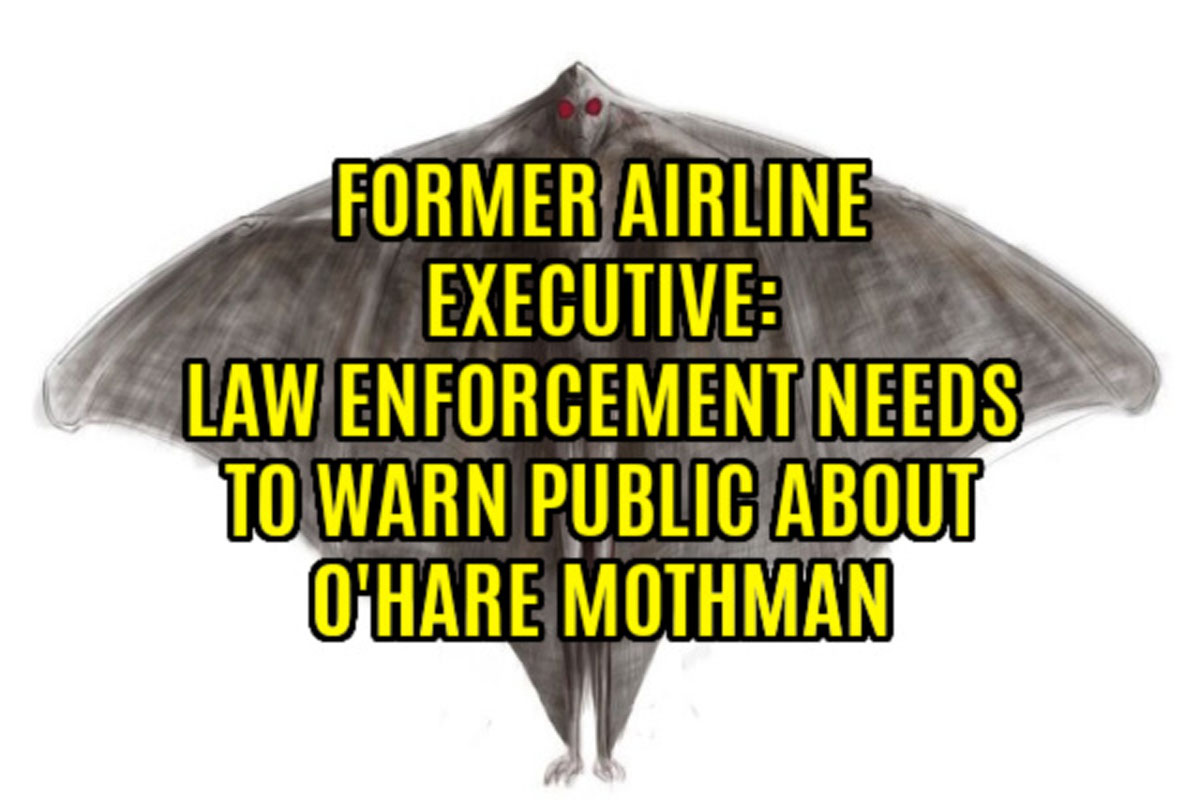 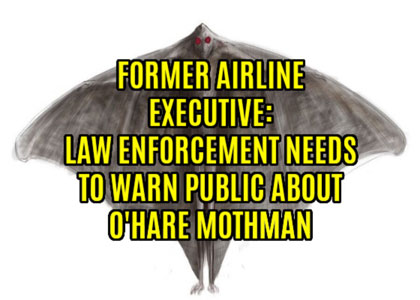 A former airline industry executive writes me, insisting that law enforcement be briefed on the incidents regarding the winged humanoids. He fears that the public is in real danger as a result of the presence of these beings.

I recently received the following email:

“Hi Lon: Thank you for your hard work and for being a voice for us to turn to in strange times. I’m sharing some information with you because I believe that residents of Chicago and essentially those living everywhere in the US should be alerted that something very dangerous is happening in our nation. I am not an expert on cryptids, but as a former executive in the airline industry, I have witnessed strange aerial phenomena and have heard first-hand sighting accounts from pilots. It is my opinion that Illinois law enforcement should be alerted of such issues both cryptid and aerial (UFOs) because citizens are at risk. IMHO suburban/rural residents should not go outside after 11 PM unless they really must. Such a message “to be situationally aware and prepared” must be presented to our neighbors. Sidenote: Seemingly everyone that works at O’Hare knows about the UFO and Mothman sightings. However, to be safe, more people need to be briefed on this issue.

Here is an account of what happened one night last month, August 2021:

I share a townhome with my better half, in a nicely landscaped community within a large suburb 16 miles directly south of O’Hare Airport. We have a duck pond with pine trees next to our home which is often visited by coyotes at night attempting to catch a duck or goose. On this particular August night at 2 AM we were awakened by a super loud, screaming, “canine-in distress, totally in pain” noise by a pine tree near the street. The first scream lasted almost 20 seconds without stopping. It was the most gruesome loud noise I have ever heard from an animal and I took it to be a coyote (because who in their right mind would be walking a dog at 2 AM and nobody was yelling for help as if their dog was attacked). The screaming noise stopped abruptly and then it started again, only louder. The animal definitely being tortured, and I could tell that the noise was moving away from our location as if the animal was moving down the street somehow. The question we have been trying to determine around here is…what predator is big enough to capture and torture a coyote? Given the reports of Mothman flying around Chicago, I shudder to think that no “common” predator could carry a 60-pound coyote and that perhaps Mothy was flying sorties in our neighborhood that night.

We know the background of Mothman, dating back to 1966 in Point Pleasant, WV. We know its extraterrestrial ties and unique strengths, and that it is flying all over Chicago at night. It is time that law enforcement is briefed, and afterward presents an awareness campaign for citizens to be updated on the risks – to be situationally aware at night and prepared to defend oneself. Both Mothy and the “white creepy 4 crawler alien” are becoming more brazen in their appearances and interactions in the Midwest and we need to make citizens aware of this growing situation for their personal safety.

Thanks again for your hard work! Regards, T”

UFOs appear from the depths of the sea, not from space, researcher claims