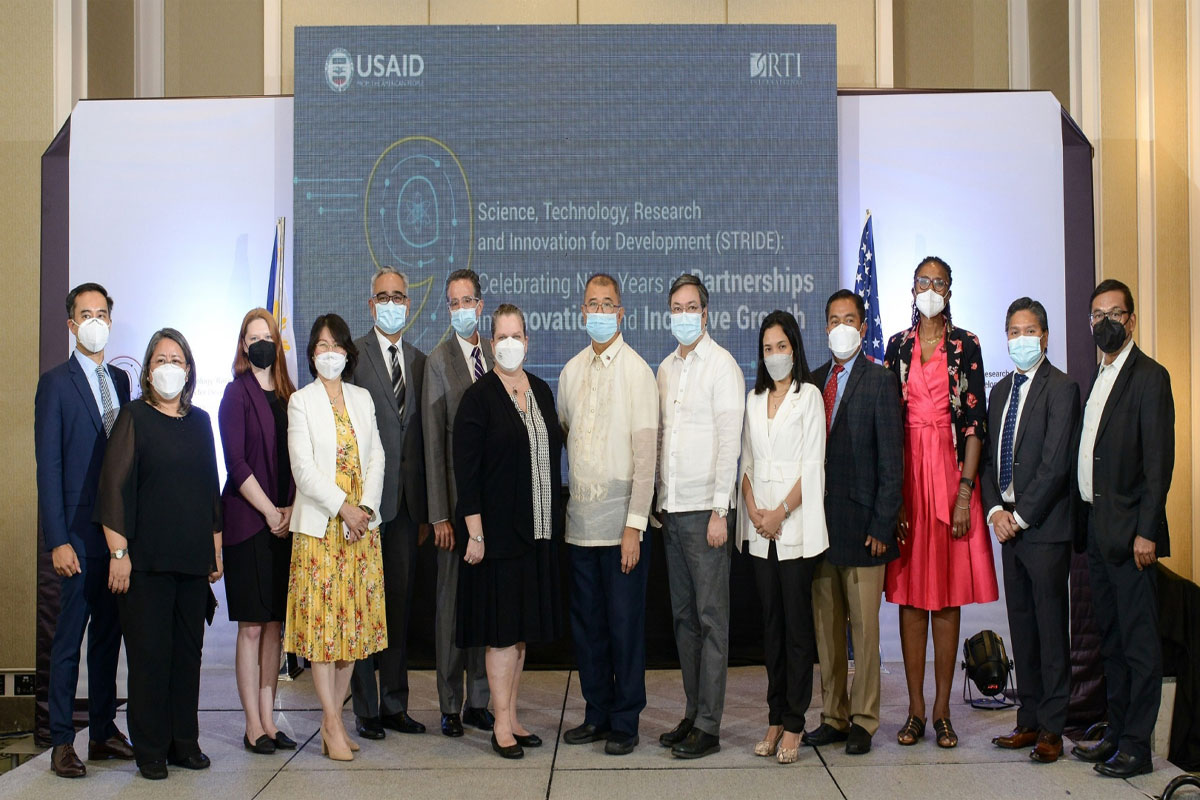 STRIDE is USAID’s $38-million, nine-year program that works with the government, academia, and industry to strengthen the science, technology, and innovation capacity in the Philippines for inclusive economic growth.

“Through our partnerships, local enterprises are working side by side with universities, universities are creating knowledge networks, and government agencies are improving the enabling environment for innovation,” said U.S. Embassy in the Philippines Chargé d’Affaires ad interim Heather Variava. “The United States remains a committed friend, partner, and ally of the Philippines in its endeavor to use innovation as a key driver of inclusive growth.”

To date, STRIDE has provided 125 Philippine universities with technical assistance, including the creation of two advanced research training institutions, the establishment of career centers in 27 universities, and the setting up of technology transfer offices in 56 universities across the Philippines.

More recently, USAID has provided support to the Philippine government’s signature whole-of-government innovation program called the Regional Inclusive Innovation Centers (RIICs) that brings together government, industry and academia at the local level to make innovation work for businesses. To date, eight RIICs have been established which have already supported over 100 local enterprises in various areas of research and innovation.

“Through the years, USAID has been working with the Philippine government to strengthen linkages across government agencies to strengthen our national innovation system. It is through this stronger network that the government is now bringing more game-changing results from research and development to various industries throughout the country,” said Philippine Department of Science and Technology Secretary Fortunato dela Peña.

The Philippines has been making significant progress in innovation, with the passage of the Philippine Innovation Act in 2019. The country ranked 50th in the Global Innovation Index in 2020, up from 100th out of 143 economies in 2012.

No ‘No show’ in Palawan