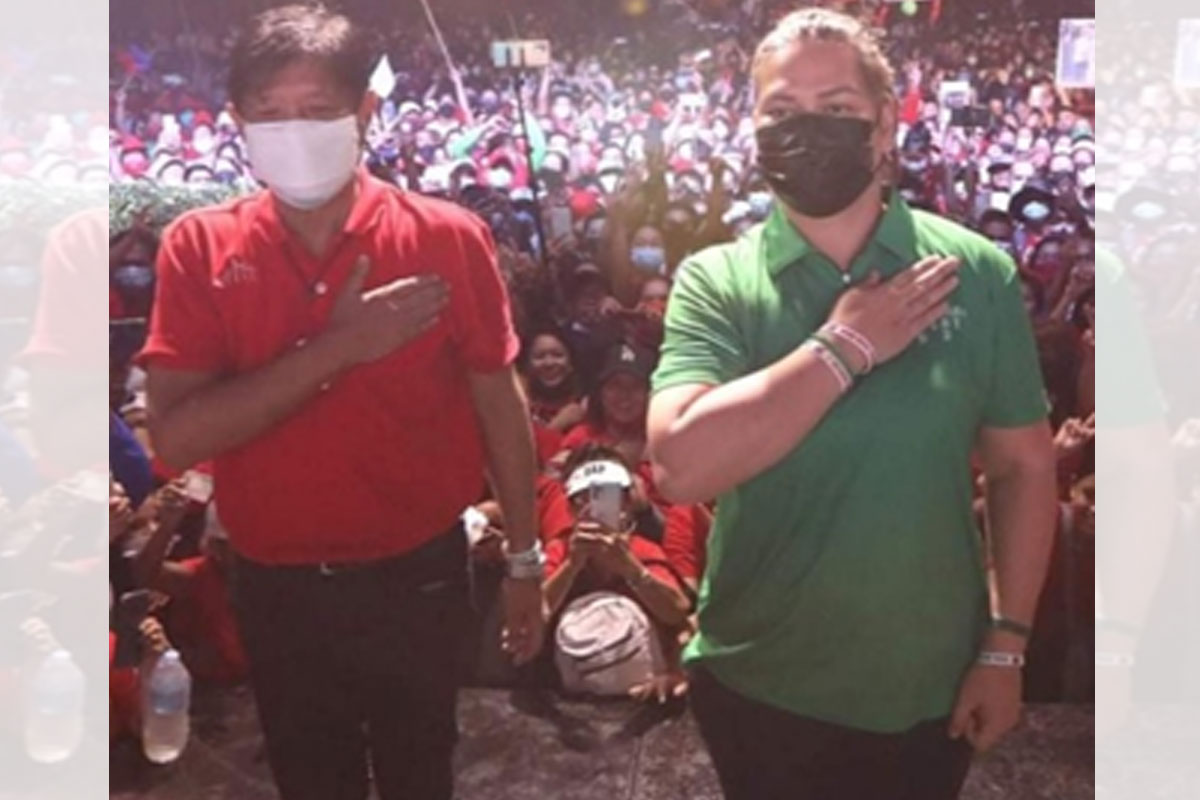 Mammoth crowds such as the one seen here at the Pelaez Sports Complex in the City of Golden Friendship” in Misamis Oriental province are becoming more commonplace for the UniTeam duo as the elections draw nearer, and yet Duterte and Marcos continue to match the enthusiasm of the people by interacting with them more.

They did so by personally handling and showing off the pictures and posters that some of the attendees near the stage brought to the rally something that the tandem began to do during the massive rally in Cebu that drew an estimated 300,000 people.

The lady mayor and the former senator kept some of the posters as souvenirs, much to the delight of those who made them.

In her speech, the lady mayor and presidential daughter said she felt that she would surely win come election day on May 9 after seeing and feeling the warm reception of city residents here.

With the national and local polls just around the corner, Duterte again reminded voters to bring sample ballots to the polling precincts.

The sample ballots will guide the voters to nail down every candidate under the UniTeam ticket, particularly the 12 senatorial candidates.

Aside from unity, the UniTeam duo is also running on the platform of recovery from the economic impact of the coronavirus disease-19 (COVID-19) pandemic.

Duterte reiterated the importance of having no more lockdowns for businesses to prosper and spur employment.