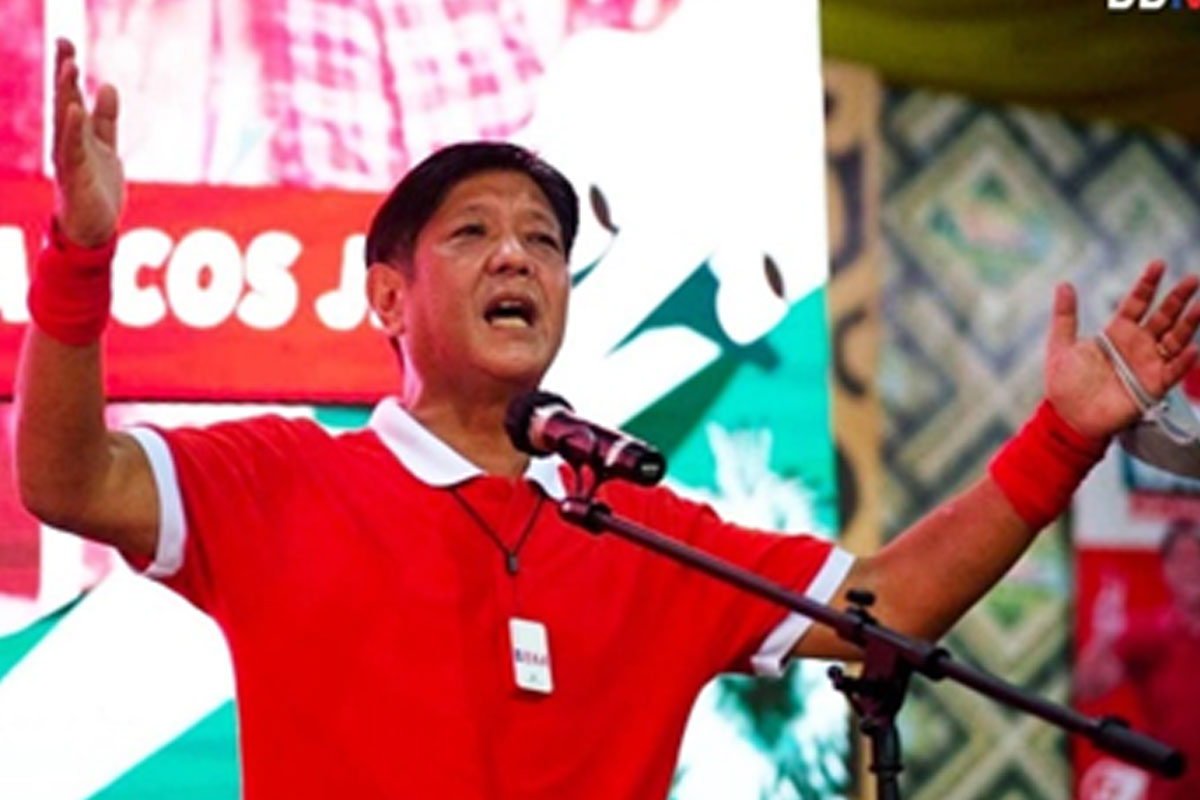 THE people of Mindanao have shown their commitment and support for presidential frontrunner Ferdinand ‘Bongbong’ Marcos and the UniTeam, when they stayed amid a heavy downpour to greet and get a glimpse of him during the second day of the ticket’s scheduled rallies in the region.

In Sultan Kudarat, despite not having a scheduled caravan, tens of thousands still lined up on the streets wearing their red shirts while holding their tarpaulins proclaiming their support for him while loudly playing his campaign theme song “Bagong Lipunan”.

In a chance interview, Marcos, the Partido Federal ng Pilipinas (PFP) standard- bearer described the reception of the Mindanaoans as “exceptional and one of a kind”, after he saw the people’s warm welcome for him and his running mate Inday Sara Duterte despite the harsh weather.

He narrated that Mindanaoans are close to his heart as he has some relatives who reside in Davao and in Sultan Kudarat, the main reason why he always feels at home whenever he goes to the said provinces.

Cayetano urges next Congress to prioritize creation of DDR