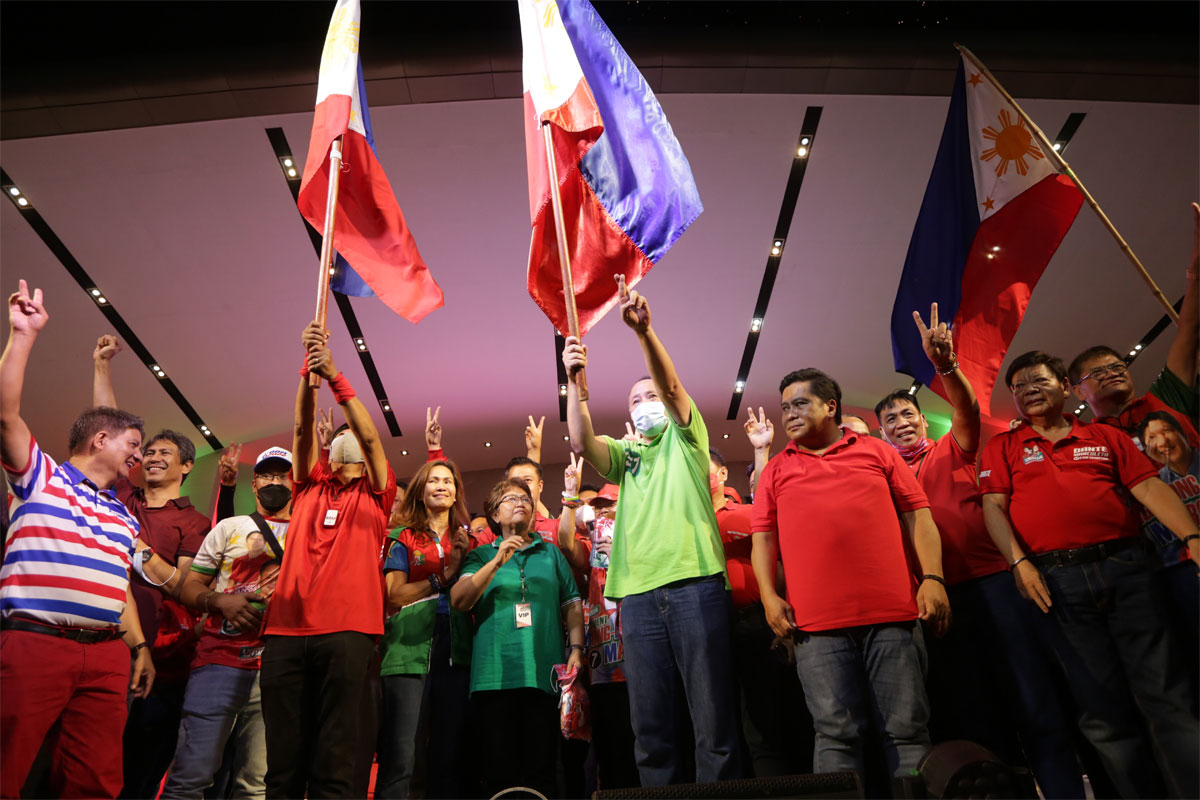 They made the endorsement during the meet-and-greet with local and sectoral leaders organized for UniTeam by Gov. Susan Yap and his brother Rep. Victor Yap, who both belong to NPC, at the Diwa multi-purpose center here.

The coalition was formed by the late business tycoon Eduardo Cojuangco Jr.

It is now headed by Senate President Vicente Sotto lll. Tarlac is a known opposition bailiwick.

Rep. Yap said his sister, Gov. Yap, who is the party leader in their province, has given them the freedom to choose who to support among the presidential and vice presidential candidates.

When asked to clarify his statement about their support, he said the NPC-Tarlac chapter and its political allies have decided to back the UniTeam candidates.

“Yes we the provincial NPC and those others (affiliated or not) support the BBM-Sara tandem,” Rep. Yap said in a text message.

The lawmaker introduced Marcos during the program as the “best candidate” for president in the May 9 elections.

Rep. Yap said he had time in the past to personally know the UniTeam standard-bearer and his advocacies.

“Gusto ko muna magpasalamat sa kanya (Mayor Sara) at sa kanyang ama dahil po tayo sa Tarlac, hindi po nila pinabayaan, marami po tayong mga building projects under the Build, Build Build (program). I feel the warmth of this administration and it is my responsibility to really campaign hard for her, no other than ang aking minamahal at nakilala ko Mayor Sara Duterte,” she told her constituents before introducing Mayor Duterte in the event.

Also during the event, religious leaders of various faith prayed over members of UniTeam led by Marcos and Duterte, including their senatorial slate during meet-and-greet program here.

UniTeam candidates also held separate rallies in Tarlac City and towns of Capas and Paniqui with both having mammoth crowds.

The Yaps joined Marcos during the Paniqui town grand rally of the UniTeam Alliance.