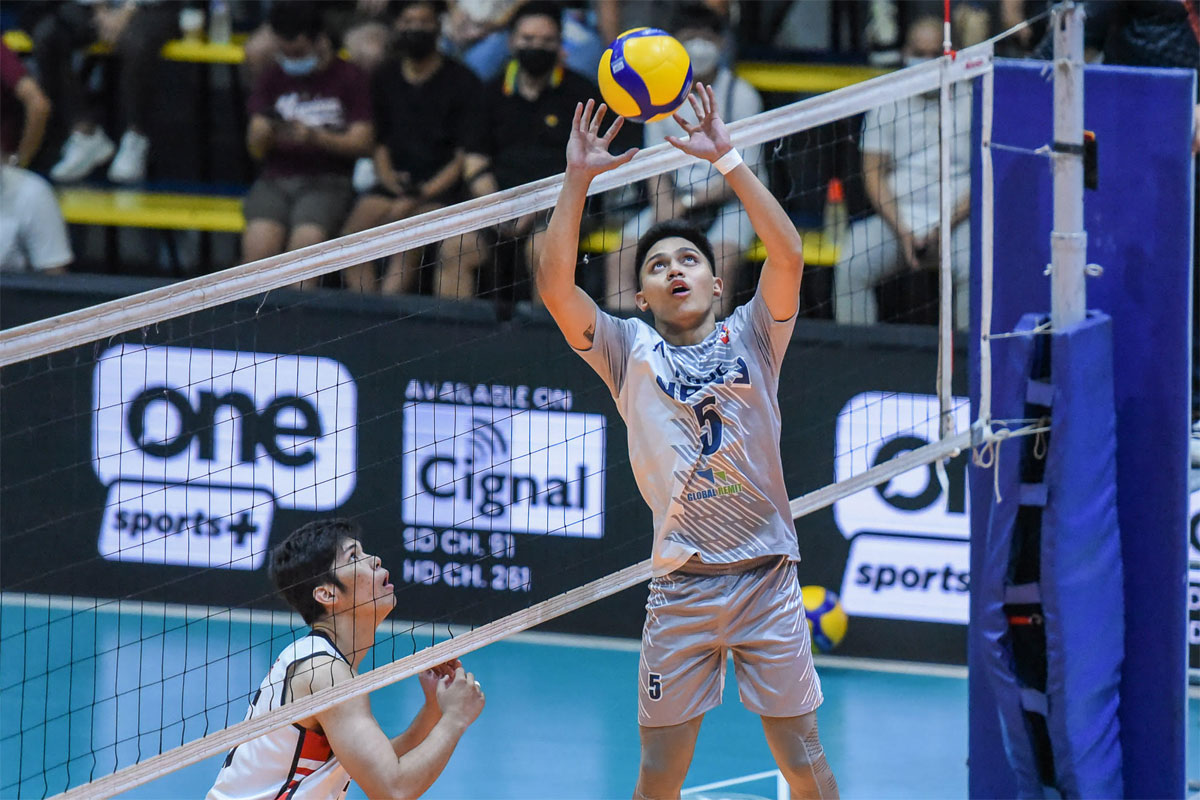 NU-Sta. Elena dodged VNS-One Alicia’s tough challenge in the extended first set before hammering out a 33-31, 25-17, 25-18 win to secure the first semifinals berth in the Spikers’ Turf Open Conference at the Paco Arena.

The Nationals were playing catch-up in the opening set, trailing by as much as 11-16 and allowed the Griffins to reach set point first before prevailing to grab the upper hand.

The Sea Lions rallied in the fourth set to tie the HD Spikers in second place at 3-1.

Mike Buddin then imposed his well in the second and third to help the Nationals close out the one-hour 34-minute contest.

Starting for the second straight match, Buddin produced a solid all-around game, as the NU-Nazareth product came through with 15 points, including three blocks and two service aces, and 12 receptions.

Alinsunurin is happy to have the Nationals getting into the groove as the tournament is also used by NU as part of its UAAP Season 85 preparations.

Kevin Montemayor took the scoring mantle with 14 kills while Kim Malabunga, playing against his alma mater, had three blocks for a 11-point outing for the Griffins.

Pinay spikers reach AVC Round of 16