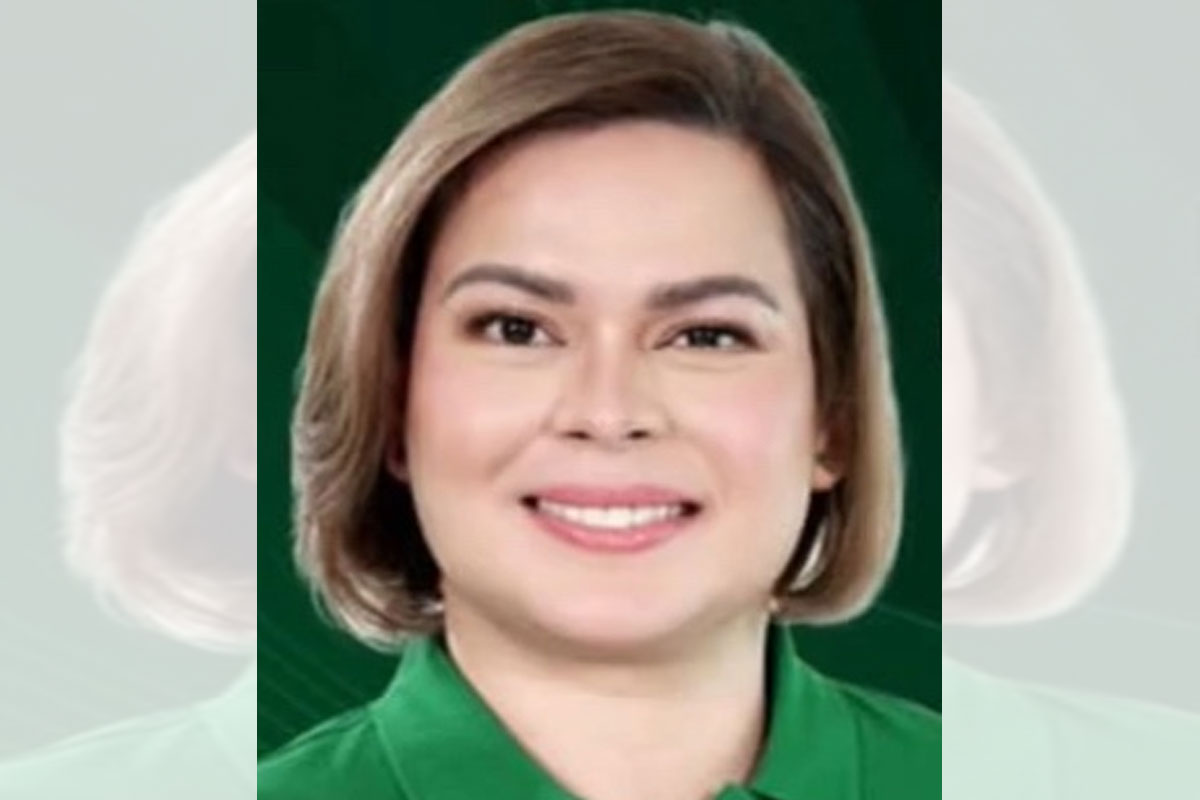 Sara asks Mindanaoans to back her and BBM

Duterte met with her supporters and well-wishers on Wednesday morning at Barangay 3, National Highway here when she made her humble appeal to support the UniTeam led by Marcos of the Partido Federal ng Pilipinas (PFP).

“Salamat sa inyong pagsuporta sa administrasyong Duterte,” she said in Bisaya. She was referring to the current administration of President Rodrigo Roa Duterte, who is her father.

She later offered the flag to her supporters here to promote nationalism.

Duterte, who serves as chairperson of Lakas-CMD, also thanked local residents for the love that they have shown her family.

She said the Duterte family owes a “big debt” to the people for the love and support that it has received.

The support to the Dutertes by Filipinos in the south is matched only by the support that the Marcos family has captured from north of the archipelago.

It is for this reason that political pundits have described the BBM-Sara tandem as formidable.

Duterte is in the middle or her ‘Mahalin natin ang Pilipinas’ caravan, which is an initiative of the BBM-Sara ticket dubbed as the UniTeam.

The MASADA headquarters–the second to be inaugurated in two days–is situated in front of the Sibagat Central School Oval Playground.

On Tuesday, the vice presidential aspirant inaugurated the MASADA headquarters in Tagum City, Davao del Norte during the first day of the caravan.

Before afternoon, Duterte visited the Cabadbaran South Elementary School in Cabadbaran City, Agusan del Norte to meet her relatives from the Roa family and her supporters.

In Sibagat and Cabadbaran City, Duterte also asked her supporters to give their full support to the UniTeam led by Marcos.

She also gave Philippine flag to her supporters in Sibagat and Cabadbaran City.

The Lakas-CMD vice presidential aspirant stressed anew the importance of patriotism and asked locals to love their country.

Later in the afternoon, Duterte is scheduled to inaugurate the Sara All Headquarters at 4 ACES Sports Complex at Sitio Kinabutan, Brgy. Rizal in Surigao City. With Jester Manalastas