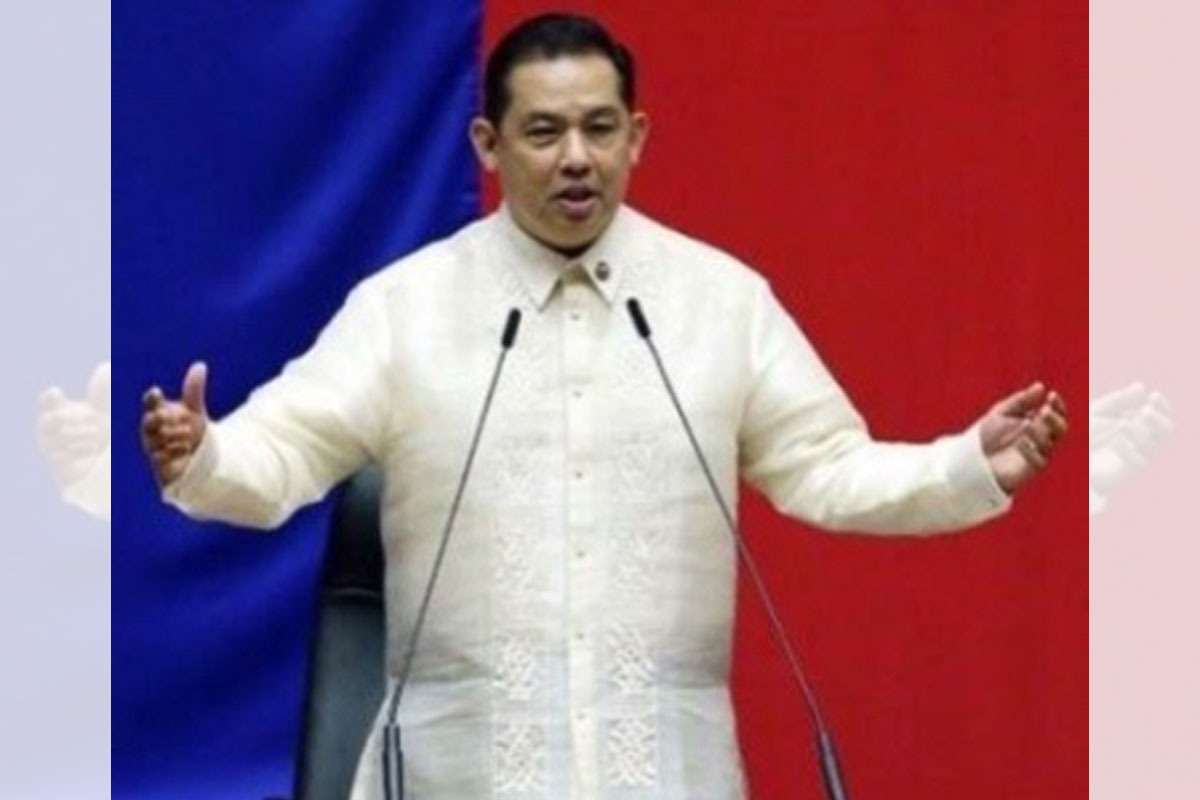 Speaker Martin G. Romualdez:“You can count on the House to work harder next year to do our part in improving the lives of our people. I truly believe it is the best way to express our gratitude for the greatest gift all public officials have received—the opportunity to serve our country.”
Nation,

This developed as he also announced that the House of Representatives fulfilled its promise to pass pro-people measures, including the Maharlika Investment Fund (MIF), the P5.268-trillion national budget for 2023, and 20 other priority bills of the Marcos administration, 19 of which were listed under the Legislative-Executive Development Advisory Council’s (LEDAC) Common Legislative Agenda (CLA).

Speaker Romualdez was referring to the 12 priority measures under the CLA of President Marcos and Congress: 1. The Enactment of an Enabling Law for the Natural Gas Industry, 2. Amendments to the Electric Power Industry Reform Act (EPIRA), 3. The Unified System of Separation, Retirement and Pension, 4. The E-Governance Act and E-Government Act, 5. The National Land Use Act, 6. The National Defense Act, 7. The National Government Rightsizing Program, 8. The Budget Modernization Bill, 9. The Department of Water Resources, 10. Establishing the Negros Island Region, 11. Magna Carta Filipino Seafarers, 12. and The Establishment of Regional Specialty Hospitals.

“You can count on the House to work harder next year to do our part in improving the lives of our people. I truly believe it is the best way to express our gratitude for the greatest gift all public officials have received—the opportunity to serve our country,” Speaker Romualdez said.

“The House leadership reiterates its unwavering commitment to support the Agenda for Prosperity of President Marcos. And we have backed that commitment with tangible results. In the first five months of the 19th Congress, the House has approved a total of 19 of the priority legislations of our President. The rest are in advanced stages of consideration,” Speaker Romualdez said.

“I must also cite the record swift passage of the historic P5.268-trillion 2023 national budget that President Marcos signed just last Friday, giving his administration the resources to sustain our economic expansion momentum and keep the country on the high-growth path,” Speaker Romualdez said.

“We have also passed the bill creating the Maharlika Investment Fund to serve as an effective vehicle to execute and sustain high-impact infrastructure projects, urban and rural development, agricultural support, and other programs that would generate jobs for our people and spur more economic activity in the country. We believe it would likewise serve to shield our economy from headwinds that external factors may bear upon us.”

“We approved the 19 bills under LEDAC’s CLA because we are in agreement with the Chief Executive that these measures will directly alleviate poverty, trigger economic progress, and harness competencies in government for the delivery of no less than the highest degree of service to the Filipino people. We are set to deliberate and approve the rest of the priority measures when we resume next year,” Speaker Romualdez said.

Citing the report of House Majority Leader and Zamboanga City 2nd District Rep. Manuel Jose “Mannix” M. Dalipe, Speaker Romualdez said the House of Representatives processed a total of 1,150 bills and resolutions or an average of 28 measures per session during its 41 session days from July 25 to December 15, 2022.

In his report to Speaker Romualdez, Dalipe said a total of 7,402 measures were filed in the House of Representatives, 6,716 were bills, 685 were resolutions and 263 were committee reports.

Dalipe said the chamber approved 173 bills on third and final reading, passed 21 measures on 2nd reading, and adopted 43 resolutions, including Concurrent Resolution No. 2, which supported the 2022-2028 Medium Term Fiscal Framework of the Marcos administration.

“The focused and compassionate leadership of Speaker Martin G. Romualdez and the teamwork and cooperation of our colleagues helped the House of Representatives in pushing the Malacañang’s legislative agenda,” Dalipe said.

He also hailed the hard-working House officials, secretariat, and other employees who have been helping the House leadership in shepherding the approval of pro-people priority legislations that cater to their needs, especially in these challenging and difficult times.

The House Majority Leader noted that Speaker Romualdez authorized all standing and special committees to hold hearings during the congressional break to “continue with our mandate of producing vital pieces of legislation.”

Speaker Romualdez said the House of Representatives looks forward to the enactment of 19 priority bills it has passed on third and final reading that were part of the LEDAC’s CLA.

Completing the 19 LEDAC’s CLA were the two measures that have been signed into law by the President namely, Republic Act (RA) No. 11934 or An Act Requiring Registration of Subscriber Identification Module (SIM) and RA 11935 or An Act Postponing the December 2022 Barangay and Sangguniang Kabataan Elections to October 2023.

Last Friday, President Marcos signed RA 11936 or the P5.268-trillion General Appropriations Act (An Act Appropriating Funds for the Operation of the Government Republic of the Philippines from January 1 to December Thirty-One, Two Thousand and Twenty-Three).

Before adjourning its session for Christmas break, the House of Representatives also approved on third and final reading HB 6517, or “An Act further strengthening professionalism and promoting the continuity of policies and modernization initiatives in the Armed Forces of the Philippines”, which seeks changes on the fixed tour of duty of key AFP.

Like the MIF, HB 6517 was not part of LEDAC’s CLA, but was certified as urgent by President Marcos.