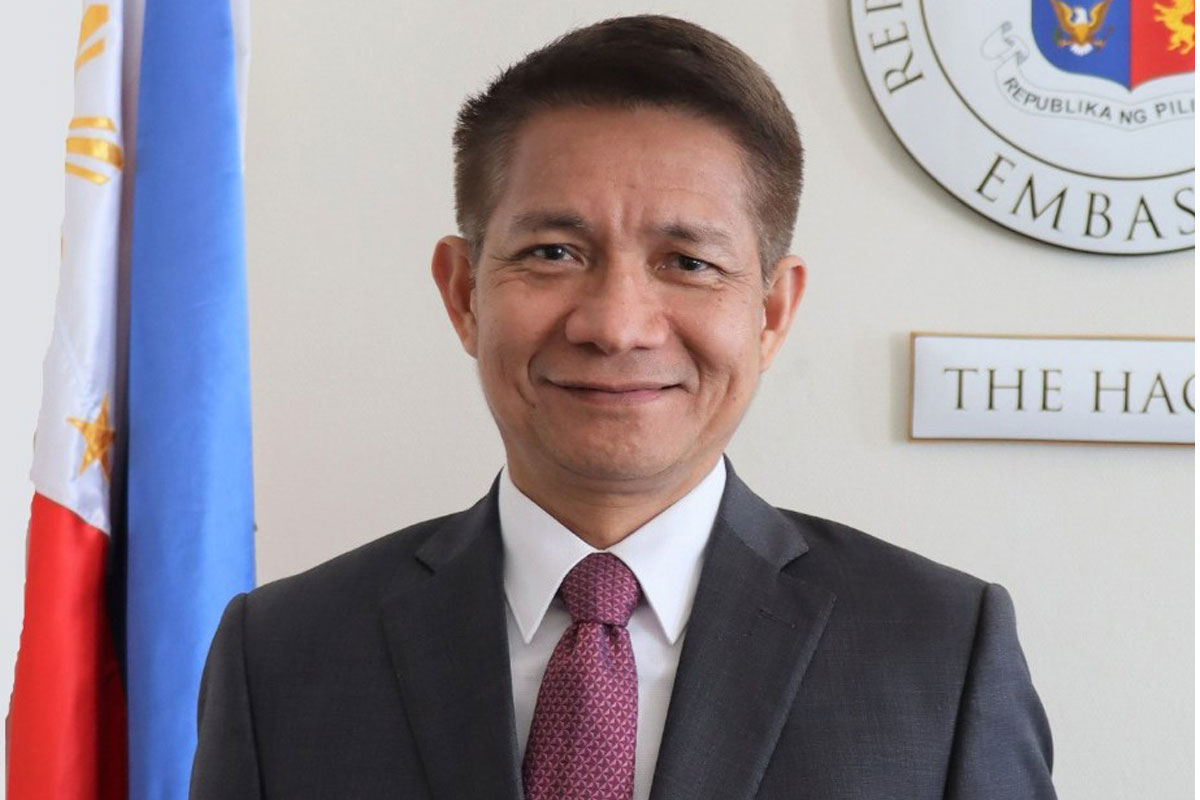 PHILIPPINE Ambassador to the Netherlands J. Eduardo Malaya was elected acting President of the Permanent Court of Arbitration (PCA) Council from 2023 to 2024.

The Administrative Council of the PCA conducted the election during its 208th Session held on December 12, 2022 at the Peace Palace in The Hague.

Malaya was affirmed by acclamation during the Council session upon the nomination of the Asia Group in the Administrative Council.

The Administrative Council is the governing body of the PCA. It is composed of the representatives of the PCA’s 122 member states.

Upon his assumption, Malaya affirmed the Philippines’ commitment to contributing to the important undertakings of the PCA, and pledged to work closely with the member states and PCA Secretary General Marcin Czepelak, noting that “the PCA represents our great ideals of achieving justice and peace through law.”

The next two years are auspicious for the PCA as it will commemorate its 125-year milestone in 2024, Malaya added.

“It will be a time for a review and assessment [of] the status and prospects of our organization. In a world that is deeply troubled by wars near and far and beset with climate change and other global challenges, it is also a time for reflection for us in the Administrative Council on how we, in our time, can ensure that the PCA remains dynamic, relevant and faithful to its original vision as a permanent institution of arbitration accessible to all and at all times, working for the maintenance of global peace,” Malaya said in a statement.

“It is an honor and distinct privilege for the Philippines to have a Filipino, in the person of Ambassador Malaya, assume as the head of the PCA governing council. I have known and worked with Ambassador Malaya through the years. As an experienced diplomat, lawyer, and accomplished writer, he has much to contribute to the PCA and international law,” Jimenez said.

Malaya is the first Filipino and second non-Dutch national to serve at the helm of the Administrative Council of the PCA, the international legal organization based at the Peace Palace in The Hague, The Netherlands.

He led the Philippine accession in 2010 to the Convention for the Pacific Settlement of International Disputes, which paved the way for the country’s membership in the Permanent Court of Arbitration.

Malaya is the author, main author, or editor of nine books on international law, diplomacy and history, notably “Philippine Treaties in Force 2020” and “Forging Partnerships: Philippine Defense Cooperation in Constitutional and International Laws.”

The PCA is one of the world’s foremost dispute settlement tribunals, alongside the International Court of Justice. The awards and decisions of its tribunals and commissions have significantly shaped the development of international law and contributed to world peace.

The Administrative Council provides general guidance on the work and general direction of the PCA and supervises its administration, budget, and expenditure. It shapes the policy of the organization in consultation with its Secretary-General.