Marcos hailed for ‘master stroke’ in US working visit
SHOW ALL 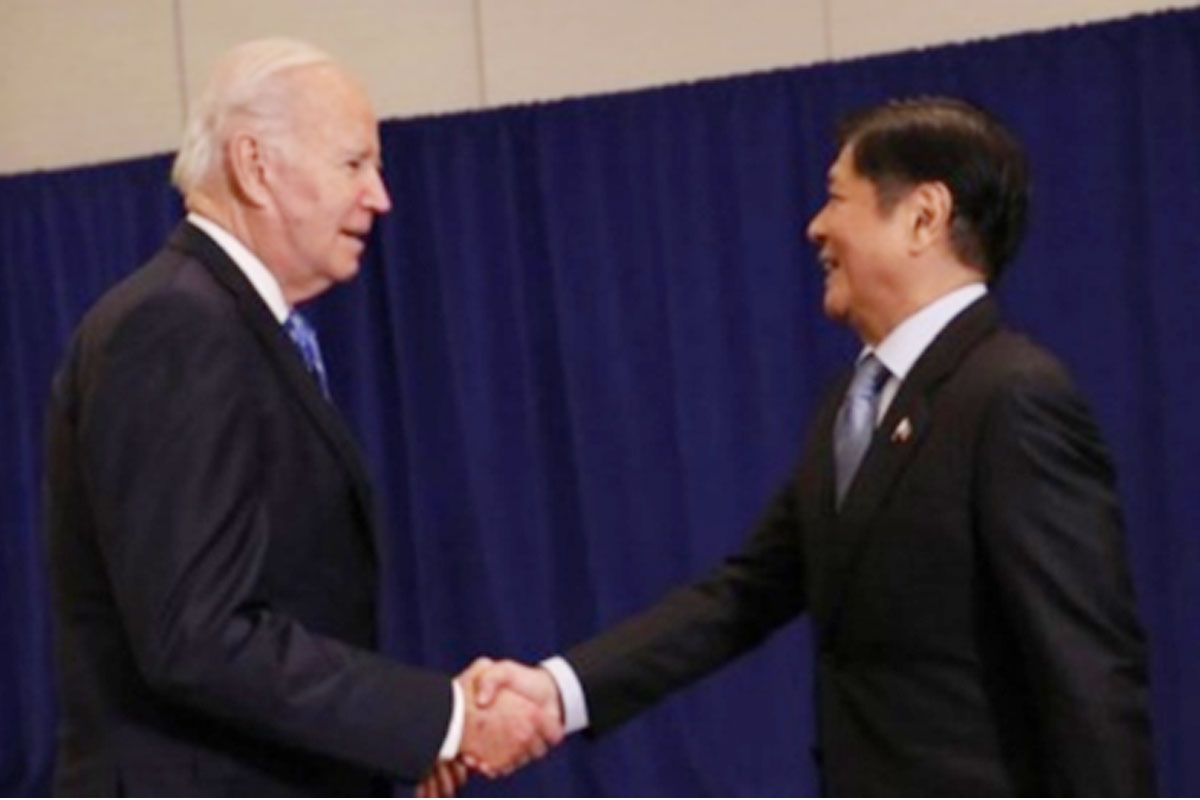 He also expressed hope that the two countries can further strengthen their bid to maintain peace despite all the complexities that have arisen in the past few months.

“And I hope that we will be able to discuss further the roles that our two countries will play together and individually as we continue down that road,” Marcos said.

Biden, for his part, sought strengthened ties with the Philippines after what he described as “rocky times” in the past.

Biden also noted that the Philippines was one of the United States’ allies to quickly condemn the Russian invasion of Ukraine.

“And we also thank you for your position on the war against Ukraine and — by Russia. And how it’s impacting energy prices and food prices. And we are working very hard to be able to do something about that,” said Biden.

Marcos thanks US for ‘massive’ COVID aid

Marcos Jr. on Thursday thanked the United States for its “massive” assistance at the height of the coronavirus disease 2019 (COVID-19 pandemic).

Marcos made the remark in his first face-to-face meeting with Biden in New York City, where the two talked about strengthening Manila and Washington’s longstanding alliance.

“Again, we would like to thank the United States for the massive help that we received during the pandemic. We had the provision of up to 35 – almost 36 million doses of vaccines very early on, ahead of some of the other countries. And for that, we are very, very grateful,” Marcos told Biden.

Marcos, who hailed the 100-plus-year-old relationship between the Philippines and the US, also noted the role of the United States in maintaining peace in the region.

Biden, meanwhile, said the foundations are strong in the US-Philippine alliance, “which is of critical importance.”

“And we have strong ties, including millions of Filipino Americans who are very proud of their ancestry and desperately want us to continue to have a strong relationship,” said Biden. “For decades, the alliance has strengthened both of us, I believe.”

Marcos met Biden on the sidelines of the United Nations General Assembly, where the Philippine leader took note of the rich-poor divide and called for action on inequality and climate change.

“Our socio-economic agenda charts out the government’s policy and its different directions that will be used to tackle both near- and medium-term priorities,” said Marcos at the Philippine Economic Briefing here.

The President said his administration is ramping up efforts to address the impact of inflation.

“In the near term, we will address the impact of growing inflationary pressures due to rising global prices of key commodities such as food and fuel. We will ensure domestic food security by boosting local food production and continue the provision of targeted support for sectors most affected by the rise in fuel prices,” said Marcos.

Marcos also expressed confidence that the Philippine economy is on track to outperform its Asian neighbors.

“I thank you for your continuing interest in the Philippines, which we are touting as with great confidence as Asia’s fastest rising economic star,” he told American business leaders and investors.

In his six-day working visit to the United States, Marcos also met with members of the Filipino community to thank them for their support and contribution to the Philippine economy.

He also delivered a historic speech at the 77th session of the United Nations General Assembly on Tuesday, where he raised urgent action on climate change and food security.