Marcos hailed for ‘master stroke’ in US working visit
SEE ALL 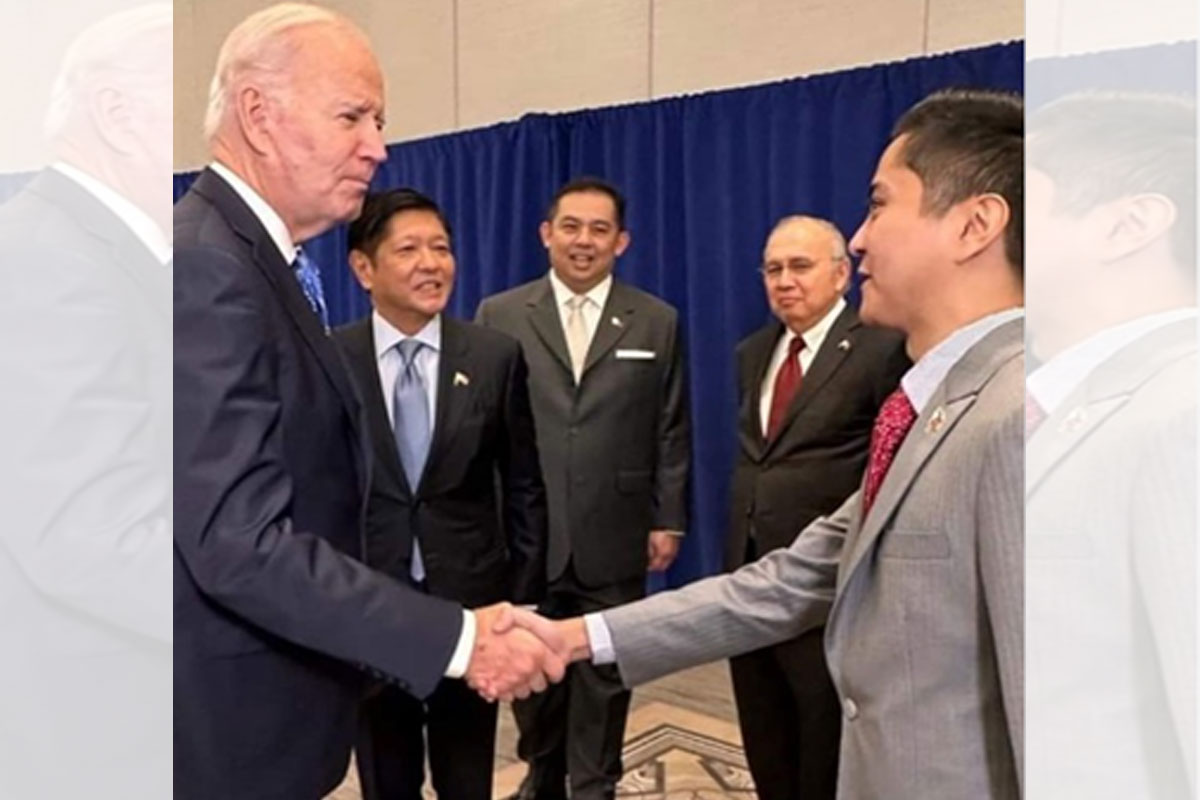 SPEAKER Martin G. Romualdez on Thursday afternoon (US time) said the Philippines and the United States’ friendly ties will continue to remain strong in the aftermath of the meeting between US President Joe Biden and President Ferdinand “Bongbong” Marcos Jr.

“The productive meeting augurs well for the overall relations between our two countries,” said Romualdez, who is with President Marcos during the meeting with President Biden Thursday morning (Thursday evening in Manila).

Romualdez said the US is a “major partner and ally” of the Philippines in the areas of economic, defense, cultural and investment cooperation.

“I can see the meeting fostering an improved bilateral partnership in those areas,” he said.

The Speaker echoed the call of the President for American businessmen to do more business in the Philippines.

“We need more investments to create jobs and income and improve the lives of our people,” Romualdez said.

He said there are a number of areas where US companies could invest in, including manufacturing, railways and other infrastructure, power generation and private-public partnership projects.

“As President Bongbong Marcos has said, we now have an improved investment climate in the Philippines,” he stressed.

According to the Bangko Sentral ng Pilipinas (BSP), the country’s major sources of foreign direct investments (FDIs) are Singapore, Japan, the United States and the Netherlands.

The BSP reported record high FDI inflows of $10.518 billion in 2021, which it said reflected an improvement in investment sentiment as the country started to recover from the coronavirus disease 2019 (COVID-19) pandemic.

The central bank also reported that FDIs between January and May this year had amounted to $4.2 billion, 18.8 percent more than the level recorded over the same period last year.

Despite the improvement in FDI inflows, Romualdez said the Philippines needs more investments from the US and its other economic partners.

“We have to attract more foreign capital because we are a bigger market than other smaller nations in our region,” he said.

President Marcos has told US businessmen that he could not imagine the future of the Philippines without the US as its partner.