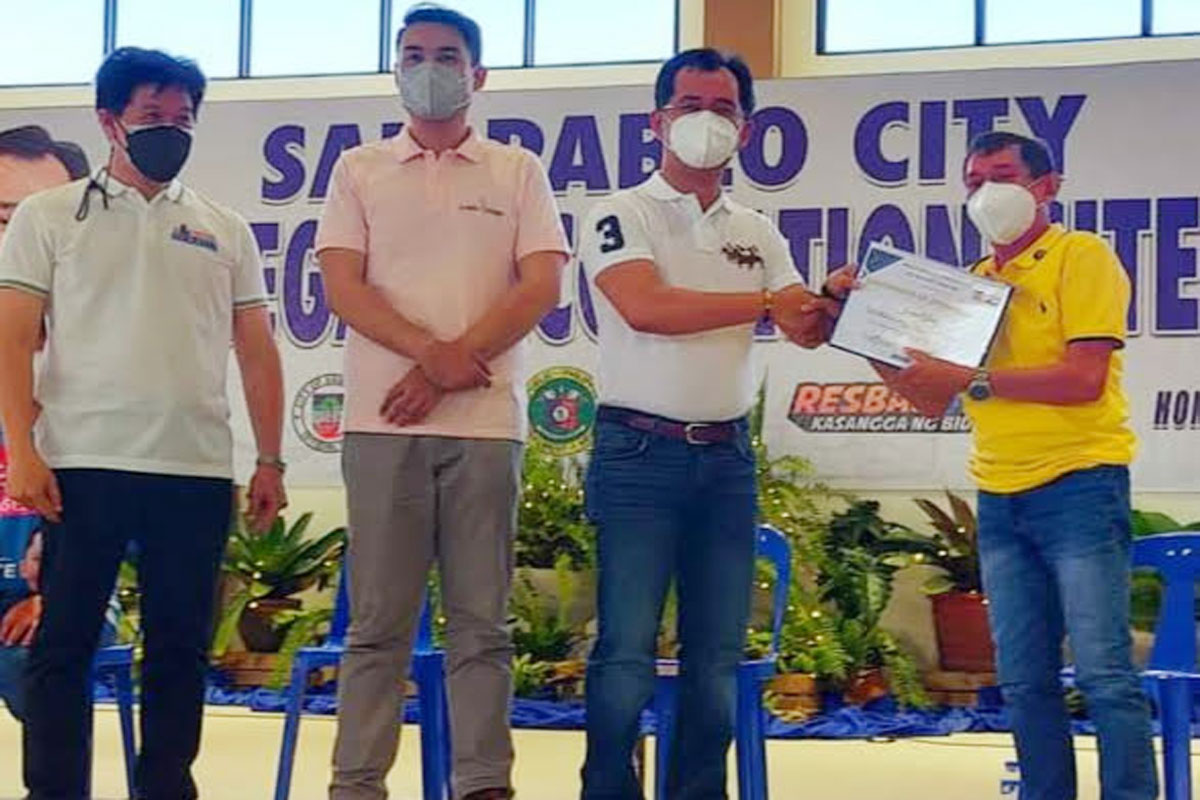 Among those who were honored are Gil Aman (4th from left) of People’s Journal Tonight and National Press Club (NPC) President Paul Gutierrez (not in photo) who received the certificate of appreciation.

Also in photo is San Pablo City Vice Mayor Justin Colago (2nd from left) and the ceremony was attended by former Mayor Vicente Amante and other city councilors.

The awarding of plaques and certificates of appreciation is to recognize the “Heroes of Pandemic” – in a gesture of appreciation to frontliners, and people who went above and beyond battling the COVID-19 pandemic.

Amante and Dr. Ho thanked the frontliners for their sacrifice.

Meanwhile, Dr. Ho announced that they are reaching a “100%” vaccinated population or herd immunity including other parts of Laguna’s 3rd district.

Ho added that San Pablo City was among the first LGUs that successfully reached the maximum vaccination rate in the province and was recognized by the Department of Health (DOH).