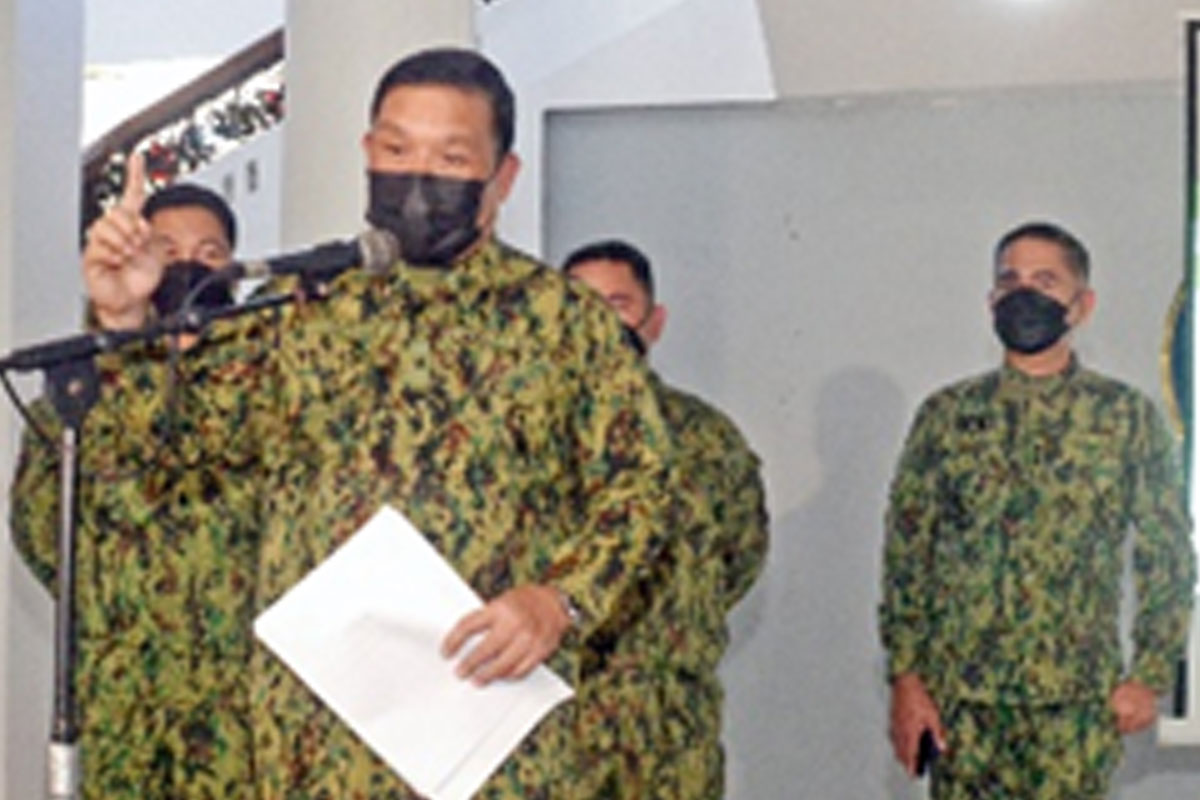 Two other members of PMA Class 1992, Brig. Gen. Jonnel C. Estomo of Police Regional Office 5 in Bicol region got the same award in 2015 while Brig. Gen. Romeo M. Caramat of the PRO13 in Caraga region bagged the plum PMA award in 2021.

The 52-year-old Brig. Gen. Francisco has been in-charge of keeping peace and order in Manila since December 1, 2020. Prior to that, he was a member of the Command Group of the PNP Criminal Investigation and Detection Group.

Under him, Manila experienced an ‘all-time low’ crime situation in 2021 as the MPD launched a massive campaign against illegal drugs as well as other forms of criminality and corruption amid the new normal brought about by the COVID-19 pandemic.

Francisco served as the National Head Secretariat of the Joint Task Force COVID Shield from March to September 2020 which was the height of the pandemic in the country, with Metro Manila being the center of all virus transactions.

In April last year, he led the launching of the ‘BARANGAYanihan’ in Manila in coordination with the city government, different non-governmental organizations and other government agencies and stakeholders.

The program which include the PNP Food Bank aimed to ease the burden of families in various barangays in Manila affected by the pandemic by providing them with appropriate government services and community support. The program is also aimed at further strengthening and enhancing the MPD’s capabilities in protecting the people.

Francisco and his men have been credited for recording ‘zero incidents’ during the celebration of the Feast of Black Nazarene, Santo Niño de Tondo, Santo Niño de Pandacan, San Pablo and Don Bosco in Manila in 2021 and last January.

The MPD is also a key unit of the National Capital Region Police Office (NCRPO) in the fight against drugs and criminality last year.

On June 21, 2021, MPD and Philippine Drug Enforcement Agency (PDEA) operatives seized some 38 kilograms of shabu worth P258 million inside a condominium building in Malate, Manila.

The drugs were believed all set to be distributed in different parts of Metro Manila by a Chinese-led drug trafficking syndicate when they were recovered by the MPD and PDEA agents.

The main source of the drugs identified as Sy Zhunchen was arrested in the aftermath of a series of PDEA and Philippine National Police anti-narcotics operations in Parañaque and Las Piñas City and in Imus City in Cavite.

The MPD played a significant role in the PNP’s successful war on drugs and criminality last year. PNP chief, General Dionardo B. Carlos said that last year, they recorded a 14 percent drop in focus crime incidents which is consistent with the downtrend in crime incidents since 2016.

The PNP chief said the 2020-2021 crime trend reduction was the result of their intensified implementation of the PNP Enhanced Managing Police Operations (EMPO) during the onset of the national health emergency in early 2020.

The NCRPO headed by Major Gen. Vicente D. Danao Jr. also recorded a 17 percent decline in major street crimes in Metro Manila over the past 14 months earning them commendations from Gen. Carlos who also challenged them to continue their anti-criminality gains this year.

He also led a massive effort to fight insurgency in La Union leading to the surrender of two top New People’s Army rebels on June 19, 2016.

Francisco also became the official mainly responsible for the 1st COVID-19 contract tracing in the country in January 2020 when he was still with the PNP-CIDG.

He also led a number of major PNP-CIDG arrests and investigations including that of Marcelo Adorco who spilled the beans on the infamous ‘Jaguar-Espinosa’ drug connection.

In 2018, he also led a CIDG investigation which resulted in the speedy resolution of the controversial ‘Pulis Paluwagan Investment Scam’ which led in the filing of estafa charges against a number of personalities including some police personnel