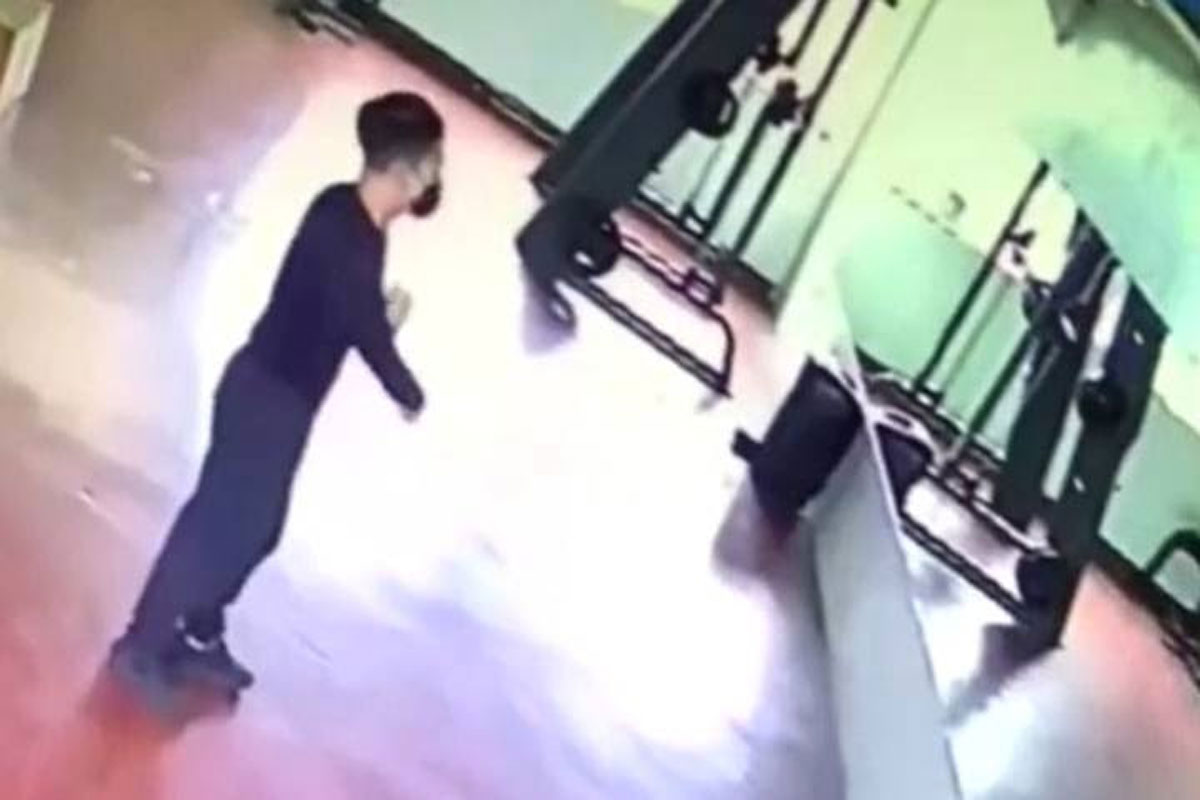 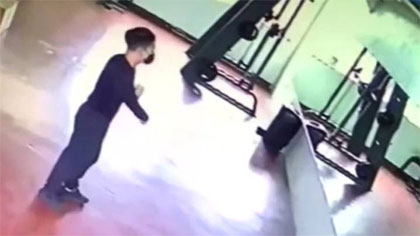 Watch the bizarre moment a man at the gym appears to get floored by a ‘ghost’:

The guy in the video apparently starts to notice objects in the gym moving by themselves as he is suddenly ‘attacked’.

He was seen being dragged across the gym in Colombia and the clip was shared on TikTok, racking up over 10.8 million views.

In the CCTV footage, the unnamed man is seen warming up in the gym alone in the middle of the day.

While looking in the mirror, the equipment appears to start moving.

A medicine ball rolls out towards him (all by itself?), and shortly after he falls to the ground. 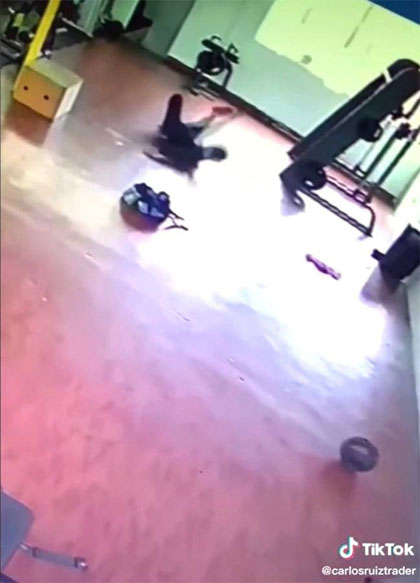 It seems like his right leg is lifted high into the air and he’s dragged along the floor via an invisible force that some may consider to be his left leg.

With an immense look of shock on his face, he immediately stands up and scrambles away while leaving his belongings there.

In the next scene, the man is seen running downstairs and talking to a member of staff on the front desk to apparently explain he was just attacked by a ghost.

Before the clip ends, the two men apparently look at a CCTV screen with the gym-goer pointing to something on the monitor. 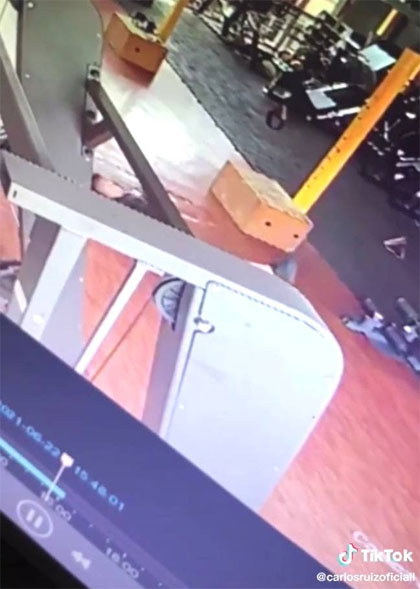 In another recent ‘supernatural’ incident, a mum and daughter have claimed that a bald ghost has been terrorising them for months in their home – even subjecting them to two physical attacks.

Leah Lewis, 21, from Burton-Upon-Trent, Derbyshire has told The Sun how she found an ‘unexplainable 15-centimetre scratch’ on her left bum cheek, which she believes is the work of an evil spirit that’s been haunting the home she lives in with her mum Colette.

As if that wasn’t enough, Leah said the mark occurred not long after her mum was ‘physically pinned to her bed’ by the spectre and was unable to move or speak for two minutes.

Leah thinks that she gained the marks after attempting to rid the house of the spooky ghost.

She said she’d called out ‘anything not of light or love is not welcome within the house’ as an attempt to banish him.

I think it’s safe to say that we wish her all the best with that one.

What Are Shadow People? The Explanation Is Beyond Creepy