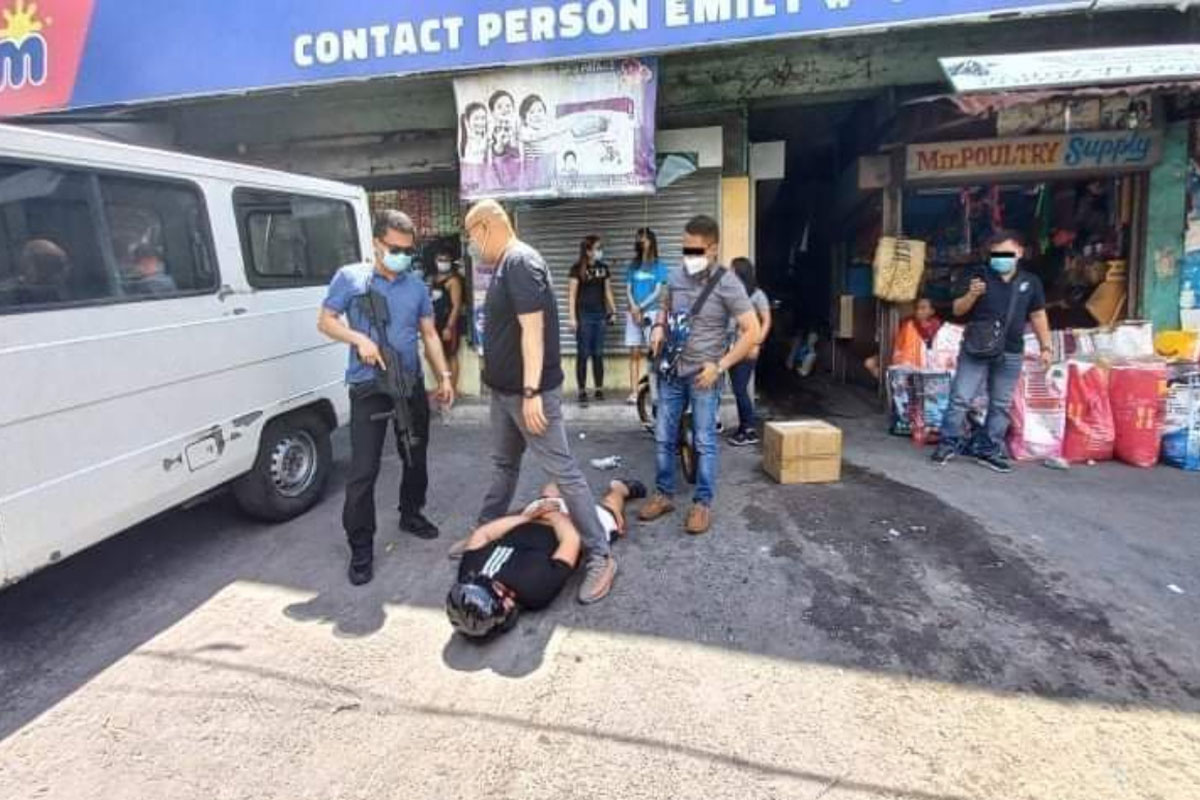 The suspect during his arrest. Photo courtesy of NBI Public Information Office
Metro,

The operation stemmed from the discovery of a parcel from Kuala Lumpur, Malaysia, shipped by one “Simon” via FedEx and consigned to a certain Nick Dimagiba of Bagbaguin, Caloocan City.

The package, which was declared as “snacks” containing 15 pieces of sealed Kopiko L.A., contained 622 grams of Ketamine with an estimated value of P3,110,000.

The NAIA-IADITG (Inter-Agency Drug Interdiction Task Group) was alerted of the package and a “controlled delivery operation” was hatched for the arrest of the named consignee and his cohorts.

On the morning of May 17, 2021, operatives positioned themselves around the premises of Bagbaguin, Talipapa Wet and Dry Market, Caloocan City where the package was set to be delivered by an undercover agent.

He was immediately arrested and presented for inquest before the Office of the City Prosecutor, Caloocan City for violation of RA 9165 (Comprehensive Dangerous Drugs Act of 2002).