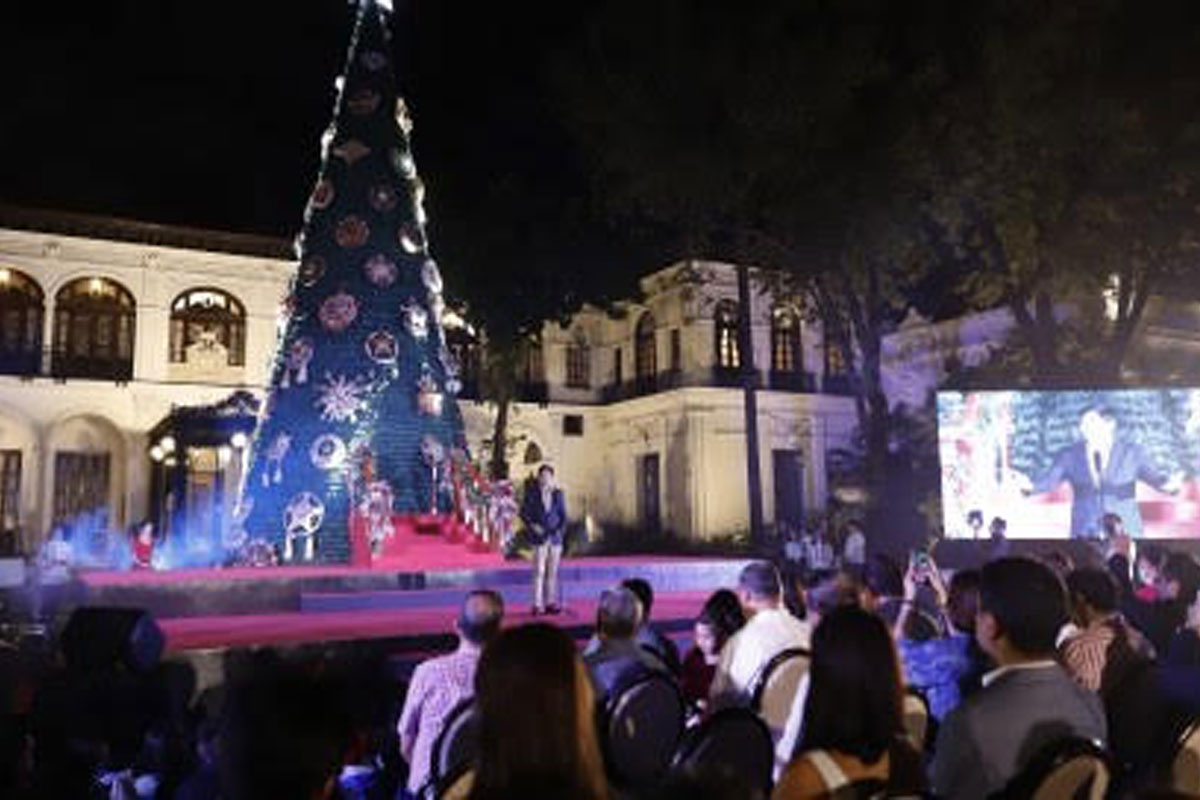 ‘SIMBANG GABI’ – President Ferdinand R. Marcos Jr. delivers his speech during the Christmas tree lighting ceremony at the Kalayaan Grounds in Malacañan Palace on Saturday (Dec. 3, 2022). The President has opened Malacañan Palace to the public for the traditional Simbang Gabi (dawn masses) that will be held at 4:30 a.m. in front of Mabini Hall. (PNA photo)
Nation,

MALACAÑAN Palace is now open to the public for the traditional Simbang Gabi (dawn masses).

This was after President Ferdinand R. Marcos Jr. announced on Friday that the nine-day Misa de Gallo would be held at the parking area of Mabini Hall inside the Malacañang compound.

“According to the President, daily masses will be held at 4:30 a.m. in front of Mabini Hall and attendees can enter through Gate 6 directly in front of Kalayaan Hall,” Garafil said.

Earlier, Marcos led the lighting of the Christmas tree at the Kalayaan Grounds of Malacañan Palace on December 3 to give Filipinos a renewed sense of hope despite the prevailing pandemic and other challenges confronting the country.

About 600 children were invited to the event, which was also held simultaneously in 40 different areas nationwide. Philippine News Agency