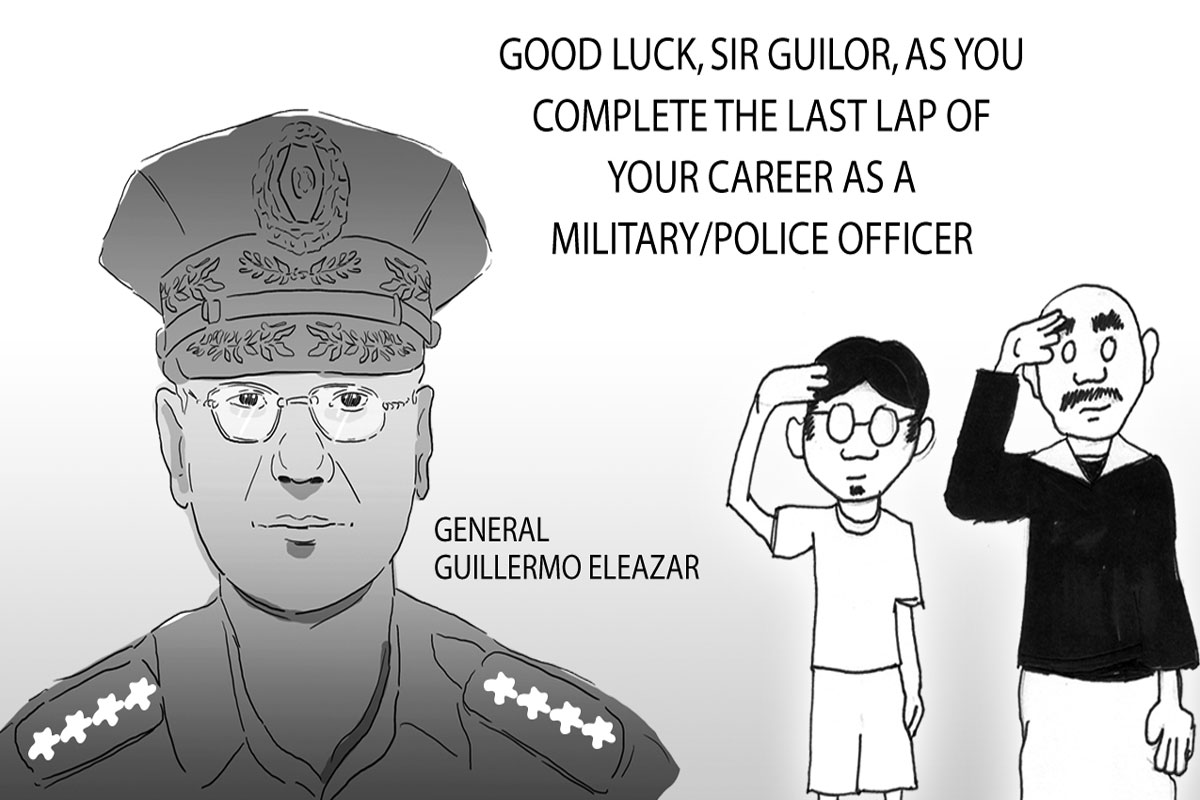 Eleazar is winding down his stint as head of the powerful 210,000-member Philippine National Police (PNP) as the country prepares for the May 9, 2022 national and local polls.

The PNP chief’s compulsory retirement on his 56th birthday on November 13 also comes at a time when President Duterte is negotiating the last lap of his six-year administration.

After he was named PNP chief last May, Eleazar said it was a “rare opportunity that comes with the challenges of good leadership and meeting the expectations of the people.”

In appointing Eleazar to the PNP top post, Malacanang said the Tagcawayan, Quezon native’s record of professionalism, dedication and integrity speaks for itself.

As expected, General Eleazar, a member of Class 1987 of the Philippine Military Academy and a “darling” of the press, continued the reforms and initiatives of his predecessors.

As the country’s top “Mamang Pulis,” the soft-spoken Eleazar showed his ability to rally his officers and men to protect and serve the country and the more than 110 million Filipinos.

He fired the imagination of the adoring Filipino people, including the poor and lowly across the country, but hit hard at criminals and wayward men and women in police uniform.

Good luck, Sir Guilor, as you complete the last lap of your career as a military/police officer.

Subservience has its own reward

What other bets are promising Mayor Isko has already fulfilled
October 21, 2021 Itchie G. Cabayan
SHOW ALL